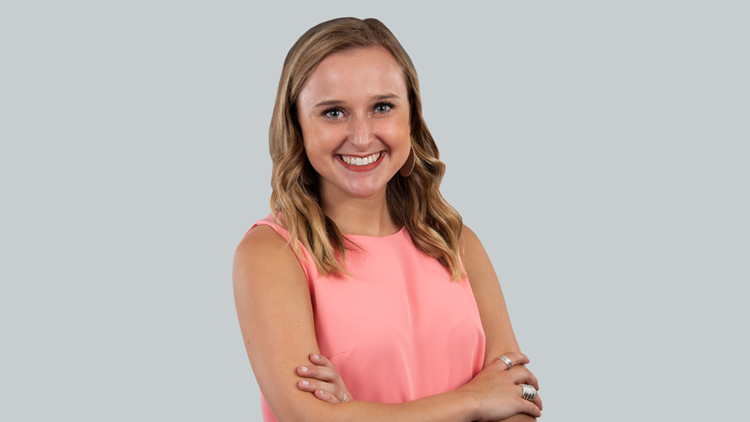 Mercedes joined the THV11 family in June 2019 as a reporter and multi-skilled journalist.

She realized early on her passion for people and daily curiosity about what was going on around her. If you pair that with her love for writing, storytelling every day became a dream job for her.

Before packing up and heading to Little Rock, Mercedes worked at KOMU-TV, an NBC affiliate in Columbia, Missouri as an multi-media journalist (MMJ) reporter and anchor. She had the opportunity to report on several different stories, including presidential rallies, investigative pieces and a soldier’s homecoming. She was also an intern at KPRC, an NBC station in Houston, for a summer and co-anchored the lunar eclipse with a KPRC reporter on the University of Missouri’s campus. It was a dream for her to work alongside journalists she grew up watching!

Mercedes is a Texas gal who won’t let anyone forget she is from the Lone Star State. Growing up in Sugar Land, Texas she went far from home to attend the University of Missouri where she received her bachelor’s degree in journalism. She is a proud Mizzou Tiger who is adapting to a city full of Razorback fans! She is excited about the opportunity to learn and become part of the vibrant Little Rock community!

In her free time, Mercedes enjoys going to concerts (anything from Kenny Chesney to One Direction to NeedToBreathe), traveling with her family, working out and eating any and all desserts!

Please feel free to reach out to her as she looks forward to telling the stories about what makes Little Rock the heart of many special experiences. You can contact Mercedes on Facebook, Twitter, or via email at mmackay@thv11.com!