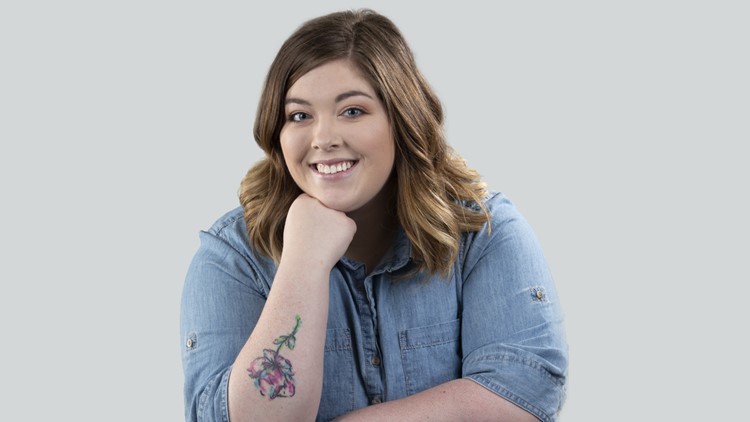 Morgan grew up in Jacksonville and Cabot, Arkansas and graduated from Cabot High School. She moved to Conway in 2013, when she began studying journalism and anthropology at the University of Central Arkansas.

While at UCA, she worked diligently for the school paper, The Echo, where she held a variety of positions, including news editor and associate editor. She spent most of her college career in the newsroom, staring at red-pen marks and computer screens.

As a senior, Morgan interned with Arkansas Business Publishing Group, where she worked with Little Rock Soiree to update content. She also assisted with copywriting for various magazines under the ABPG umbrella.

Now, Morgan works at THV11, where she strives to maintain daily and long-term planning for station content. She also still helps with the website and social media from time to time!

Outside of the station, Morgan has two adorable cats, Barney and Ted, and a sarcastic fiancé, James. She enjoys painting, watching tv and hanging out with her family. Her top-three favorite shows are The Office, Parks and Rec and Steven Universe, and her absolute favorite album is After Laughter by Paramore.

You can contact Morgan at MEmbry@thv11.com or feel free to follow her on Twitter, where she thinks she’s more funny than she really is, or Instagram, where she tries way too hard to be aesthetic.