The tipper individually thanked everyone working on staff at Guard and Grace and handed each person $200 cash. 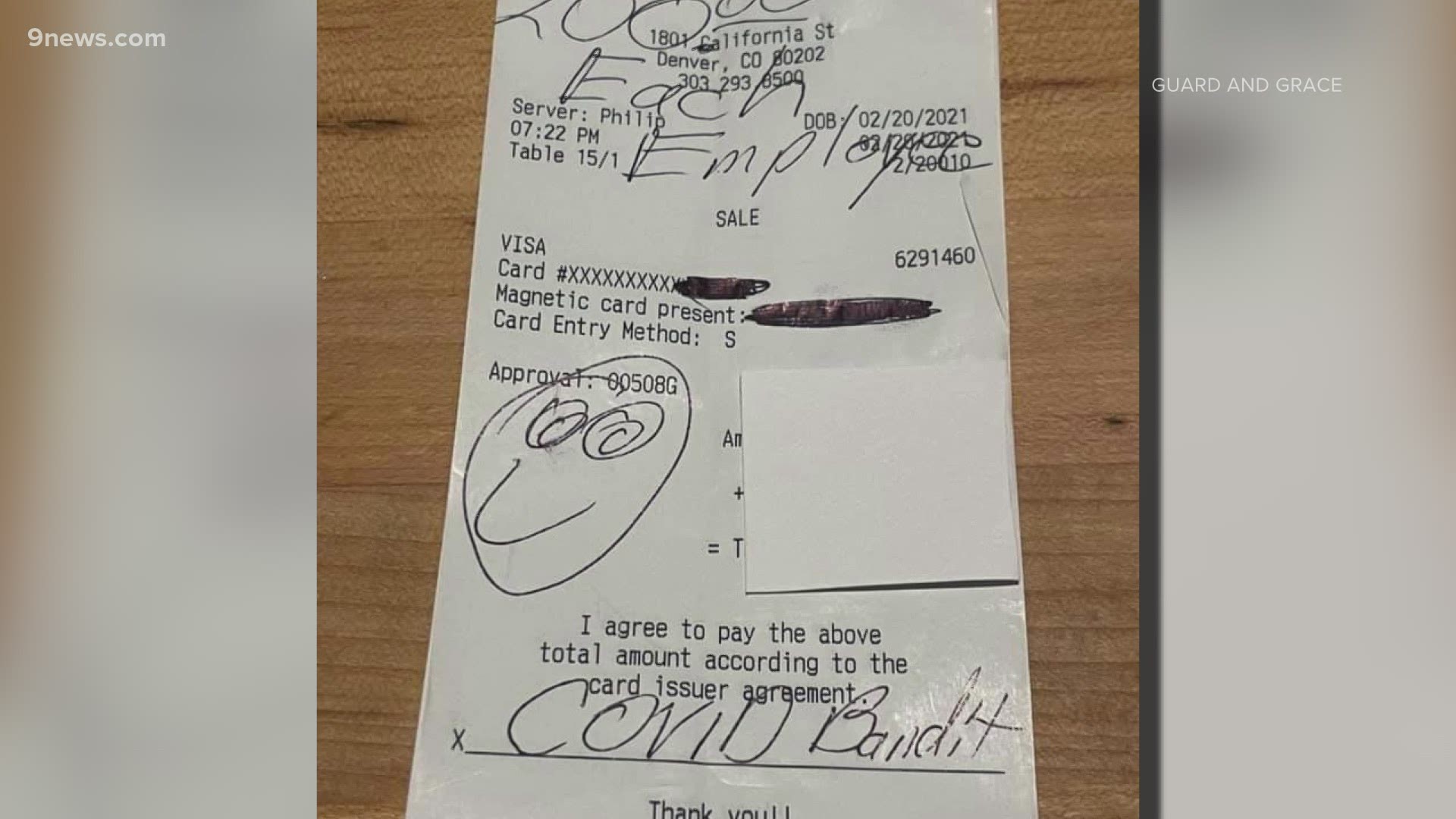 DENVER — The "COVID Bandit" rolled into Denver Saturday night masked and looking for his next target. He sat down at the bar of Guard and Grace in Denver, ordered a nice bottle of wine and asked how many people were working.

"It kind of raised a couple eyebrows, like 'Oh, who is this guy?'," said Tim Metzger, one of the servers working at the restaurant that night.

Metzger and Cyruss Boyer, one of the line cooks, said the man asked if he could talk with everyone in the back before he left. He thanked them all for working that night, and said as a former service industry worker, he can't imagine what they were all going through.

"After spending five of the last 12 months closed, something like that, following through... the impact, not just the dollar value, it just helps with lifting everybody's spirits," Boyer said.

Metzger said the reservation was made under "COVID Bandit" and the man wouldn't tell anyone who he was. No one expected the tip to be that big.

"Actually handing somebody cash goes so much further than just the dollars in their hands," Metzger said. "It really, really looks like a little bit of stress off everyone's shoulders, for a little bit and just a little restoration of faith in humanity."

The rest of the night went on without surprises, but everyone on staff said it went by a little bit faster.

This isn't the first time the "COVID Bandit" visited a restaurant in Colorado. In January, he visited the Notchtop Bakery and Café in Estes Park. He left the same mark -- $200 for everyone working. Who knows where he'll strike next.