The drive-in theater is back, and for a Little Rock business, so are some jobs

Just when we could all use an escape, an idle production company is turning their parking lot into a drive-in theater! 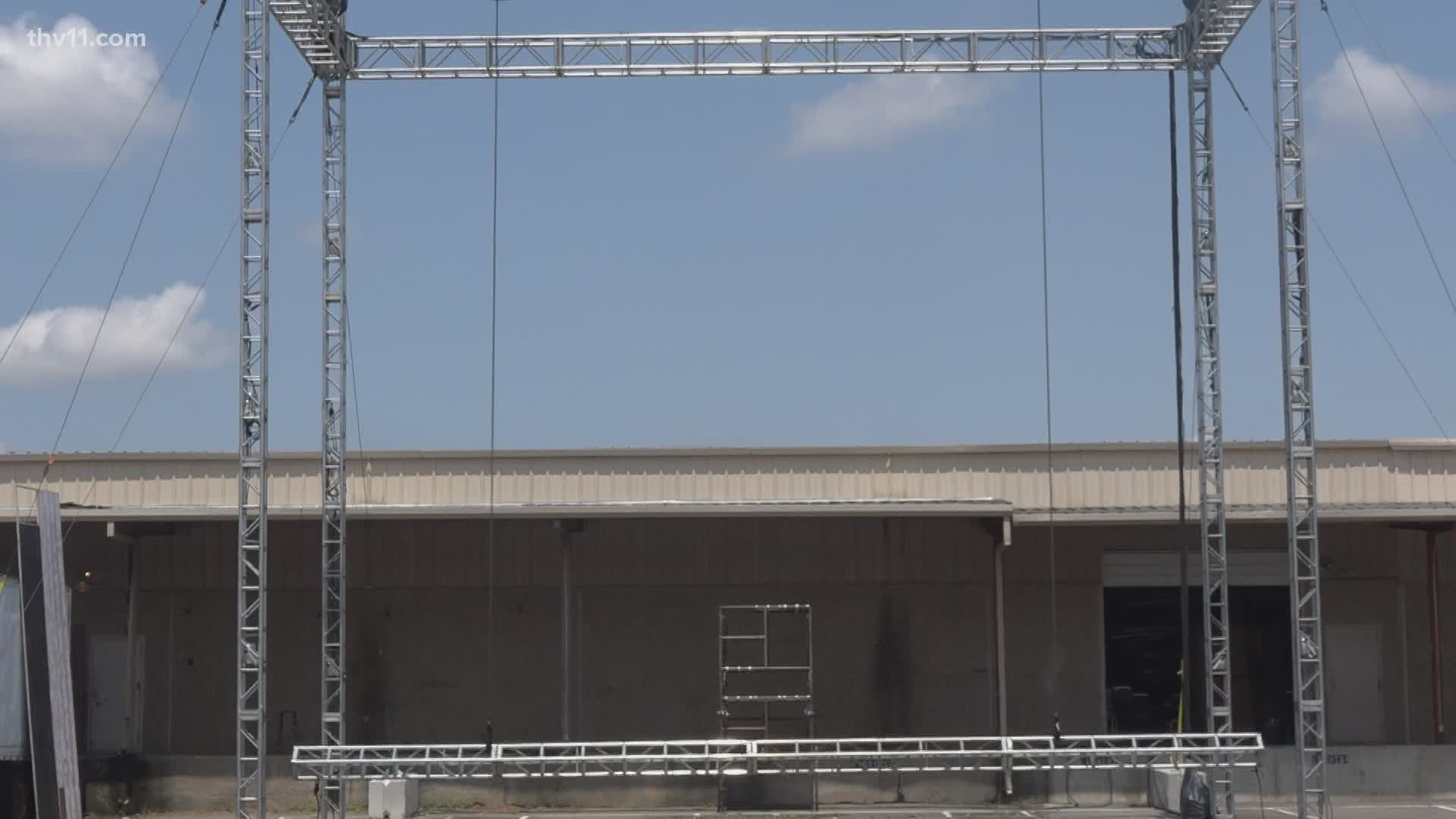 LITTLE ROCK, Ark. — We could all use a little escape right now. Catching a movie on a warm night sure would hit the spot.

Coming soon, a drive-in theater near you, as a Little Rock-based production company is putting up a big screen and creating a welcome coming attraction for some of its out-of-work employees.

"We're trying to figure out a way to make up some money for the company and for the employees to stay busy and we're turning our parking lot here into a movie theater," said Mike Pope, owner of MP Productions, as he looks over a vast empty parking lot in the southwest part of the city.

Pope's associates say he's making lemonade from the lemons the pandemic has served up for his business putting on corporate productions.

Since the arrival of the virus, there have been no shows to put on.

"Starting on March the 1st, corona hit and that's been the domino effect," he said. "Every show we had that was contracted and booked all the way to December 31st was postponed."

That puts about 40 guys out of a job rigging lights and hauling speakers. That equipment is gathering dust in the warehouse, but the drive-in idea gets some of them back.

"We got excited because it gave us something to do," Pope said. "It's keeping us busy. It's like setting up a production, that's what we do every day."

Those crews erected a 45-foot tower. The 20 x 35.5-foot screen goes up Monday. From there, plans call for 200 marked parking spaces, safely socially distant across the lot on Allied Way, just off I-30 at 65th Street.

Their Facebook page, MP Outdoor Cinema, is getting flooded. Links to tickets are there or they can be had at the gate for $30 per car.

"We'll have food trucks, concessions, of course bathrooms," said Pope. "It's going to be family friendly. We are going to have police out here. We'll have two off-duty Little Rock police people each night."

Those nights hopefully start next Thursday. One look at Pope's operation tells you this won't be a fly-by-night deal. He's prepared to go until his production business picks up early next year.

He is still working out what movies they can show. He promises a mix of classics and first-run films (if Hollywood can even get around to making those again) and hopes to premier with "Dirty Dancing" on opening night.

For people looking to have the time of their lives while hoping the virus lets us get on with our lives.

"People are looking forward to coming out, parking their cars, turning on their radios, just like I grew up doing every weekend," Pope said. "We've got to make this fun for them, keep it exciting so they'll keep coming back."