Blane Howard's viral song "Run it Back" has millions of streams and has even been been played inside Arrowhead Stadium. 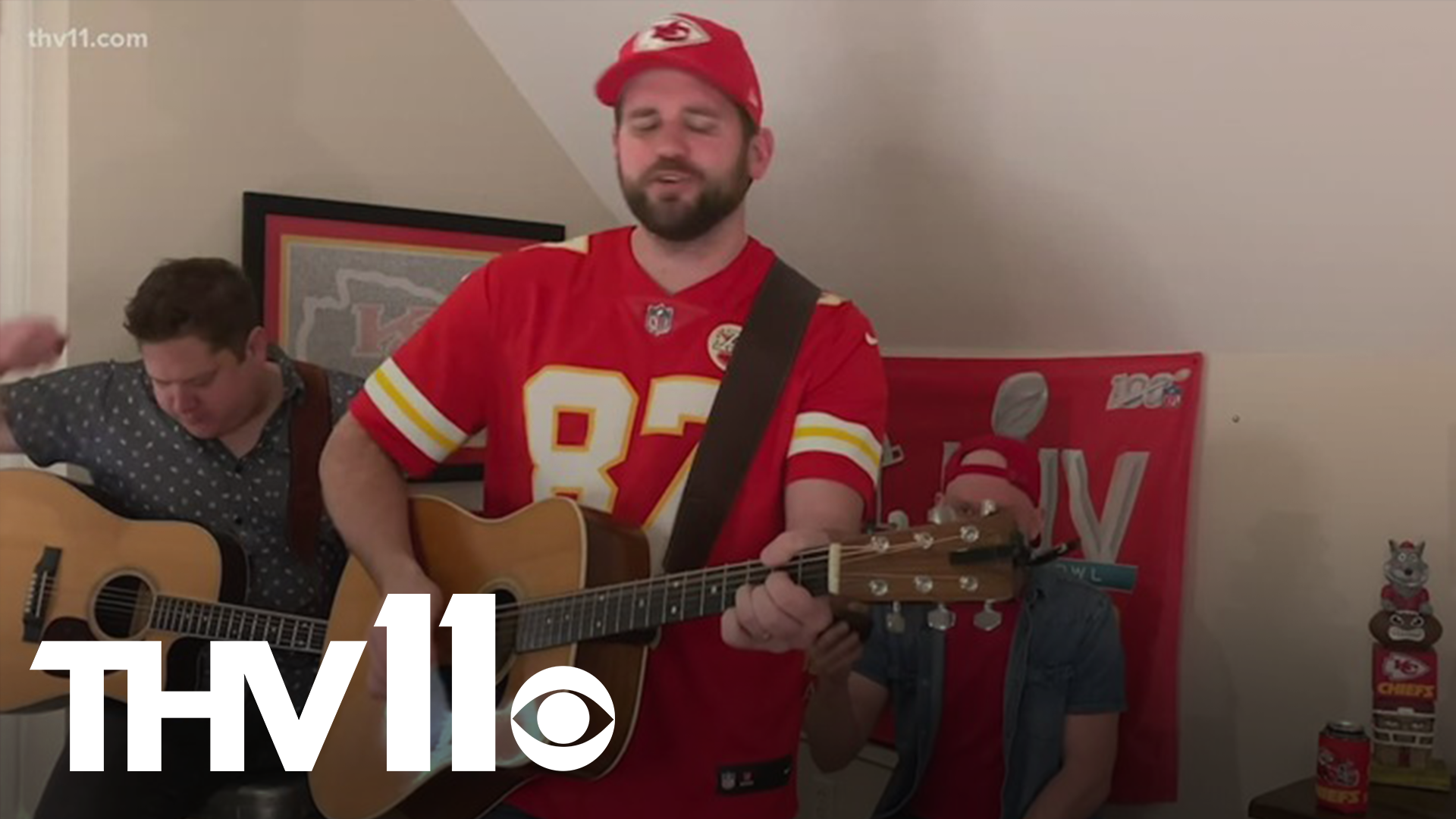 HOT SPRINGS, Ark. — As the Kansas City Chiefs get set to "Run it Back" on Sunday in Super Bowl LV, one Arkansan's song about the team is going viral in Chiefs Kingdom.

"It's been viewed a couple of million times now, which is awesome," Blane Howard, the artist behind the viral track 'Run it Back', said. "Playing it all over the radio in KC has been crazy."

Posts shared to Howard's Facebook page say the song has been streamed over 6 million times.

"It's just been crazy to watch it take off, man," he said. "I started with just a verse and a chorus."

Those pieces earned him recognition among Chiefs fans. Howard spoke to THV11 Friday on his way to Tampa, Florida to tailgate the Super Bowl.

He's also gained fans from all walks of life, and not just adult Chiefs fans either. Earlier this week, Pleasant Ridge Elementary School in Easton, Kansas made their own version of the song, with kids and teachers singing Howard's lyrics.

"That was so cool to me," Howard said. "I was completely blown away that they even knew the words to the song."

"Run it Back" is also getting recognized by the team it's meant for.

Although he's made it big in Chiefs Kingdom, the Arkansas native hasn't forgotten his roots.

"The people in my hometown of Hot Springs have always been so supportive to me, and that to me is the best part," he said.

And as for Sunday? Just like his song, Howard is ready to "Run it Back."

"I think it's probably a close game until the fourth quarter," he said. "I'm hoping we score late to make it out of reach. I'm predicting 34-24 Chiefs."