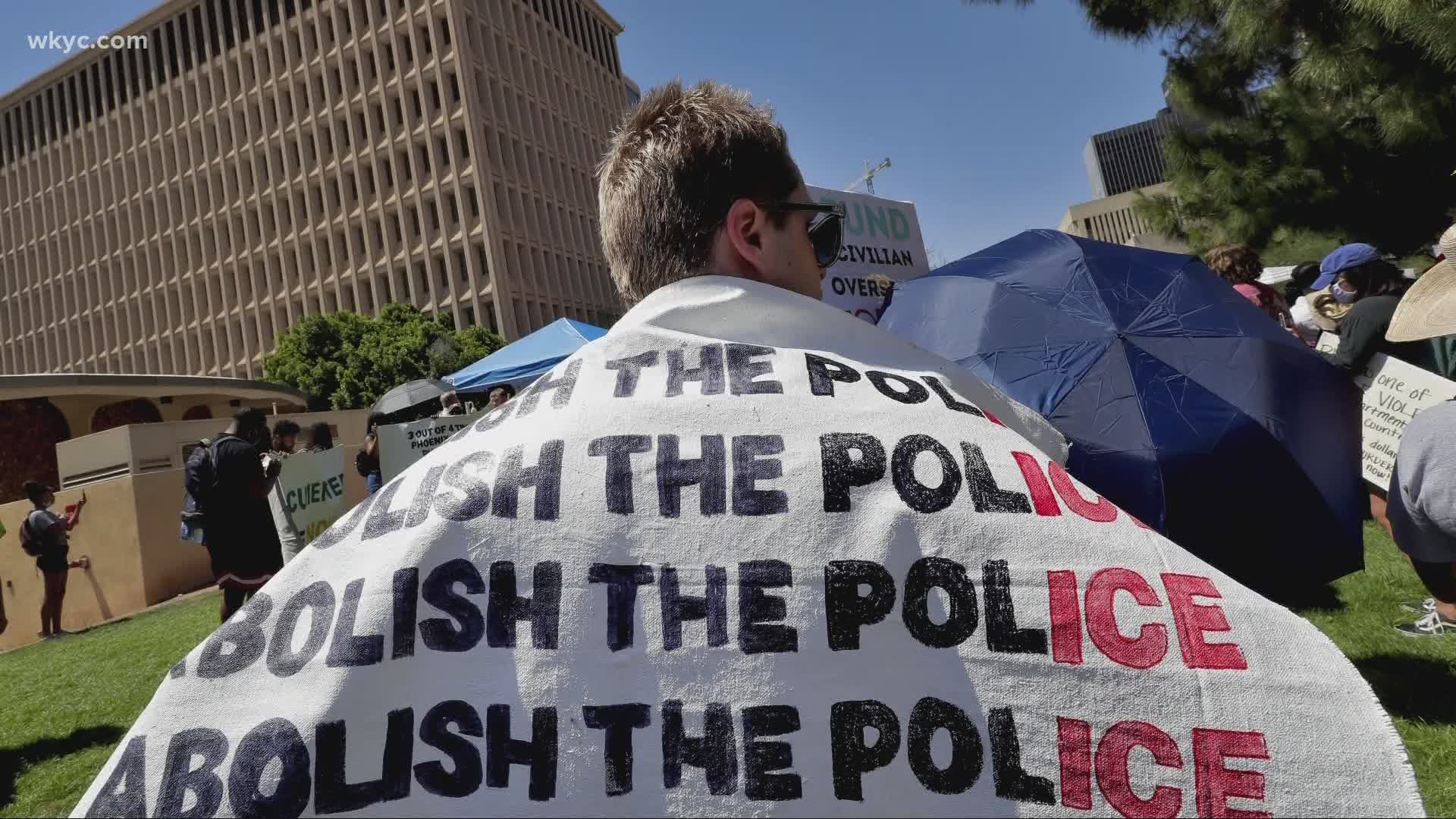 CLEVELAND — 'Last Week Tonight with John Oliver' took on police brutality during this past Sunday's episode. As usual, the show and Oliver did not hold back.

Oliver addressed the recent rallies and protests that have erupted after the death of George Floyd in Minneapolis.

Floyd was killed by a police officer on Memorial Day after the officer, who has now been arrested and charged with third-degree murder, kneeled on Floyd's neck for almost nine minutes while Floyd repeatedly said 'I can't breathe.'

In Sunday night's episode, Oliver showed an interview from 2015 with former Cleveland Police Patrolmen's Association leader Steve Loomis, who talked about a proposed rule that forces officers to fill out paperwork whenever they remove their gun from its holster and pointed it at someone.

"I'm afraid that officers are going to be hesitant to pull their gun in an appropriate situation because they don't want to do the paperwork associated with having to pull your gun," said Loomis in 2015.

Oliver retorts, "First, the idea that the risk of paperwork is a greater deterrent to police officers drawing their gun than the risk of killing someone is legitimately terrifying. It's hard to take that glib dismissal, especially from someone who looks like a boiled Mr. Potato head or an angry egg with a mustache and I know those comparisons probably make him mad, but what's he gonna do? Shoot me? I don't think so. Think of the paperwork involved!"

The HBO host also mentioned that this video is only made worse considering that Loomis' comments came less than six-months after Tamir Rice's death.

This past Sunday was not the first time Oliver addressed Rice's death. He first spoke on the killing in 2016 during a piece on police accountability.

Rice was a black 12-year-old who was killed by a police officer in Cleveland while playing in the park with a toy gun.

The episode has on 'police' has been live on YouTube for less than 24 hours and has already received more than 2 million views.