Mike Epps is set to bring the laughs to Little Rock once again with the In Real Life Comedy Tour. 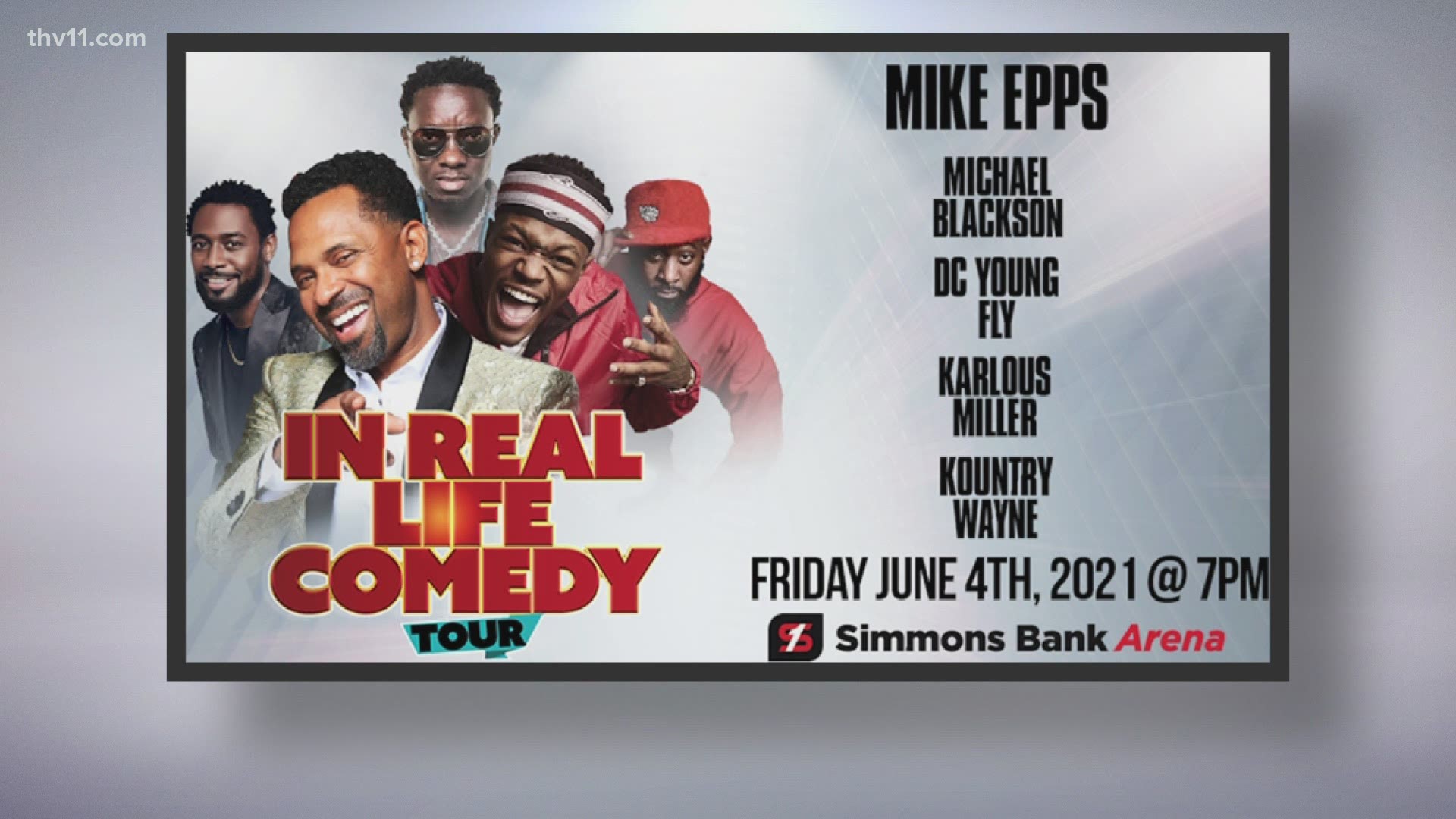 NORTH LITTLE ROCK, Ark — Actor and comedian, Mike Epps, is set to bring the laughs to Little Rock once again with the In Real Life Comedy Tour.

Performing at Simmons Bank Arena on June 4 at 7 p.m., Epps will be joined on stage with some of comedy’s most talented and sought-after entertainers, including Michael Blackson, DC Young Fly, Karlous Miller and Kountry Wayne.

Tickets for the reduced capacity show go on sale to the general public Friday, March 19 at 10 a.m. at Ticketmaster.com. The all-star lineup will be sure to bring down the house with non-stop laughter for an unforgettable night of comedy!

Limited capacity seating has been created to execute a safer seating environment, limiting pod groupings of fans to six or less seats. Fans may purchase Premium POD seating in all sections ensuring no other fans sitting in the same pod. Fans are required to purchase all seats in a pod.

Fans are asked to respect one another to provide a safe environment for everyone in attendance.