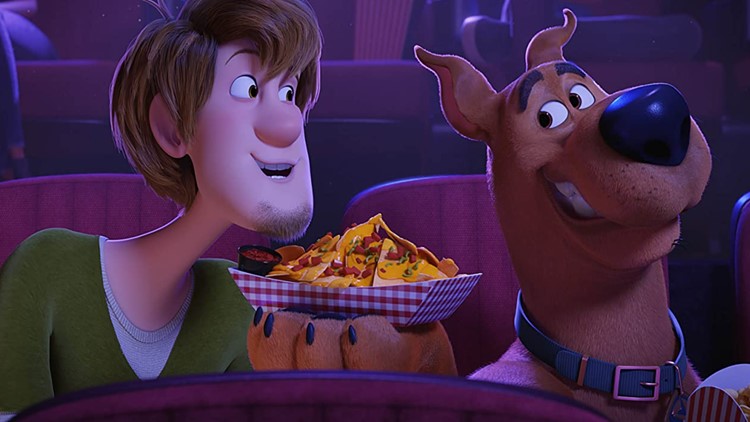 LITTLE ROCK, Ark. — Scoob! feels like the beginning of a Hanna-Barbera movie universe that forgot it's supposed to be a Scooby Doo movie.

Based on the classic Scooby Doo franchise that started in 1969, Scoob! is a soft-reboot in a modern setting. Staring Will Forte as Shaggy, Amanda Seyfried as Daphne, Zac Efron as Fred, Gina Rodriguez as Velma, and Frank Welker as Scooby Doo (and has been since the original) we follow the gang as they try to get back together after Shaggy and Scoob get abducted by a superhero.

What made the original series fun (and the live-action films nearly two decades ago) was the team working together to solve campy and silly mysteries that always end up being someone wearing a mask.

In Scoob!, the whole gang is together for maybe 30 seconds before they break up, and the movie turns into a plot involving other Hanna-Barbera characters voiced by Mark Wahlberg and Ken Jeong.

For a movie about friendship triumphing over all, the friends are barely ever together. While Scoob! starts off very promising with a very cute montage in the style of the title sequence from the 60s, it quickly abandons the nostalgia and loses any charm.

It falls apart for what it is, an excuse to bring in other cartoons from the same company for future movies.

I was honestly expecting the Flintstones or The Jetsons to show up and take Shaggy away.

Your kids will enjoy some of the shenanigans at the beginning, but will more than likely lose interest during the slogging mid-point.

Even longtime Scooby-Doo fans will be wanting a different adventure to watch.