In the Country Music Hall of Fame, there's an exhibit of Arkansas' very own Jenee Fleenor, who's taken home the CMA Musician of the Year award in 2019 and 2020. 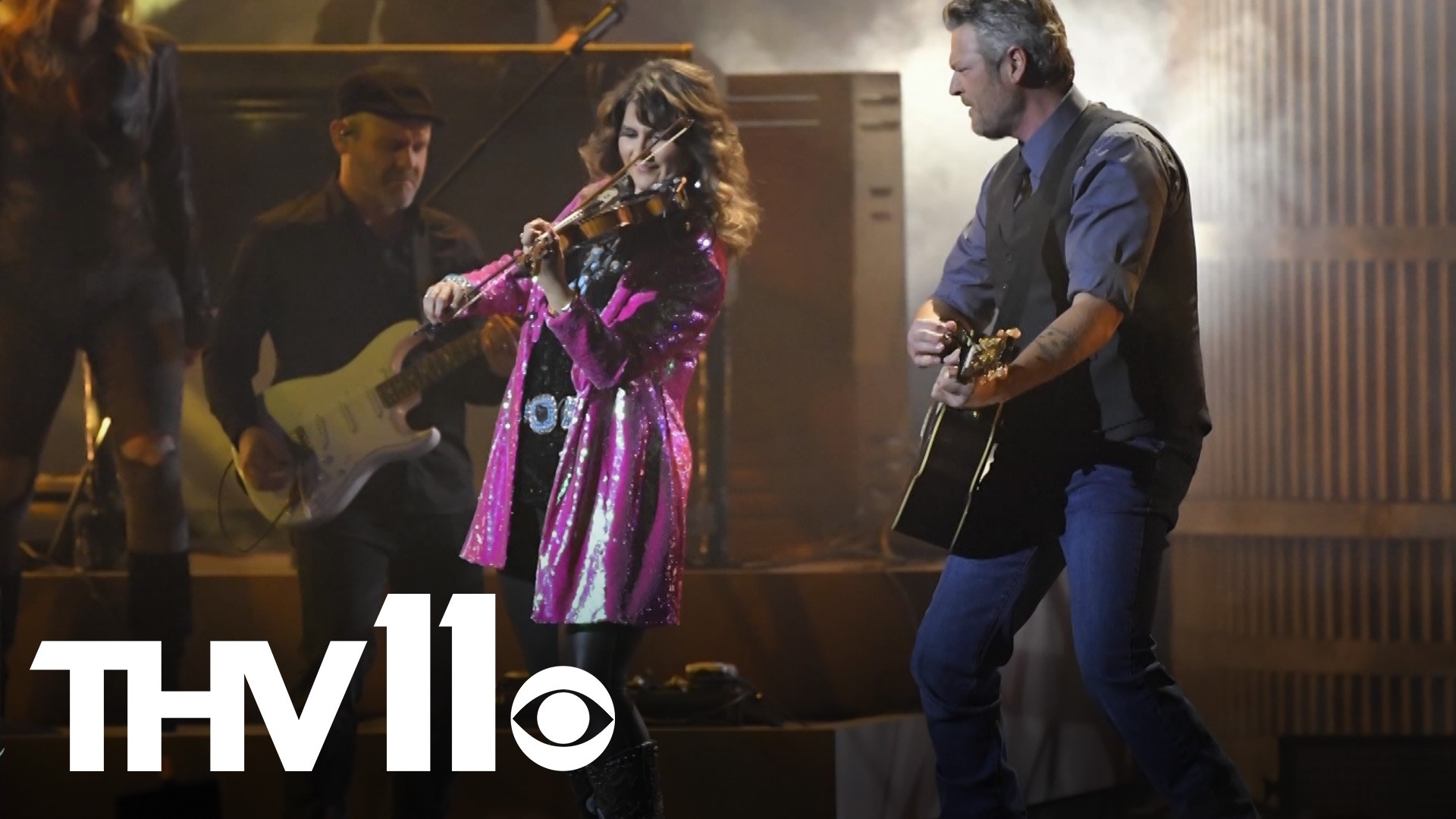 She's the only woman to ever win Musician of the Year at the CMA Awards.

There's an exhibit about her career in the Country Music Hall of Fame.

And when there's not a pandemic, she's on the road, playing stadiums for one of the world's biggest country stars.

"My parents saw some little kids in the newspaper that had their little violins and thought it was cute," Fleenor said.

Jenee Fleenor started playing when she was only three-years-old.

Her mom hoped she would take the classical route and someday attend Julliard, but dad enticed Jenee with the sounds of Merle Haggard and Ray Price.

You would then say, the rest is history.

But this history wasn't made without decades of grueling practice, pricey lessons, and sacrifices.

"I had to practice an hour a day. And I remember times I did not want to practice. But there was never a time when I was like, I'm done with this."

At 18, Fleenor moved from Springdale, Arkansas to Nashville.

Two months later, she was on the Grand Ole Opry stage, as part of the band for singer-songwriter Larry Cordle.

Since then, the stages have only gotten bigger— Steven Tyler of Aerosmith, Martina McBride, and Blake Shelton.

"Blake, gosh, he's just the best. And he's created so many amazing opportunities for me," Fleenor said. "I think that's solo a reason Sam Hunt ended up calling me to play on his record."

It took Jenee a little longer to get from concert venues to more studio sessions.

She remembers crying in her car - frustrated that she wasn't booking more songs.

"You can't make up for experience and time. And that's what I needed under my belt."

She's the first female to take home that trophy in the ceremony's 52-year history.

Her connection to Blake Shelton also made Fleenor the perfect fiddle player to take The Voice stage on NBC.

"Last season, you know, everybody went home and it was right when the pandemic started. So that was the first time in like six or seven years that I wasn't flying back and forth to LA to do The Voice."

Fleenor has spent most of 2020 at home but is still playing music.

She's also equipped with a mobile studio which she's even brought home to Arkansas while visiting family.

"The problem with me and my own music is I'm so busy playing on everybody else's. I never have time for myself."

Fleenor says she still has so much to accomplish.

Her next big goal is writing a number one song -- as she hopes to focus more on songwriting next year.

If you're ever in Nashville, the Country Music Hall of Fame is open.

Her historic CMA Award trophy, her fiddle, and some costumes are currently on display.