The organization 'Operation Song' hopes to empower veterans and their families through songwriting. It's not your traditional therapy session, and a veteran said it's a game changer. 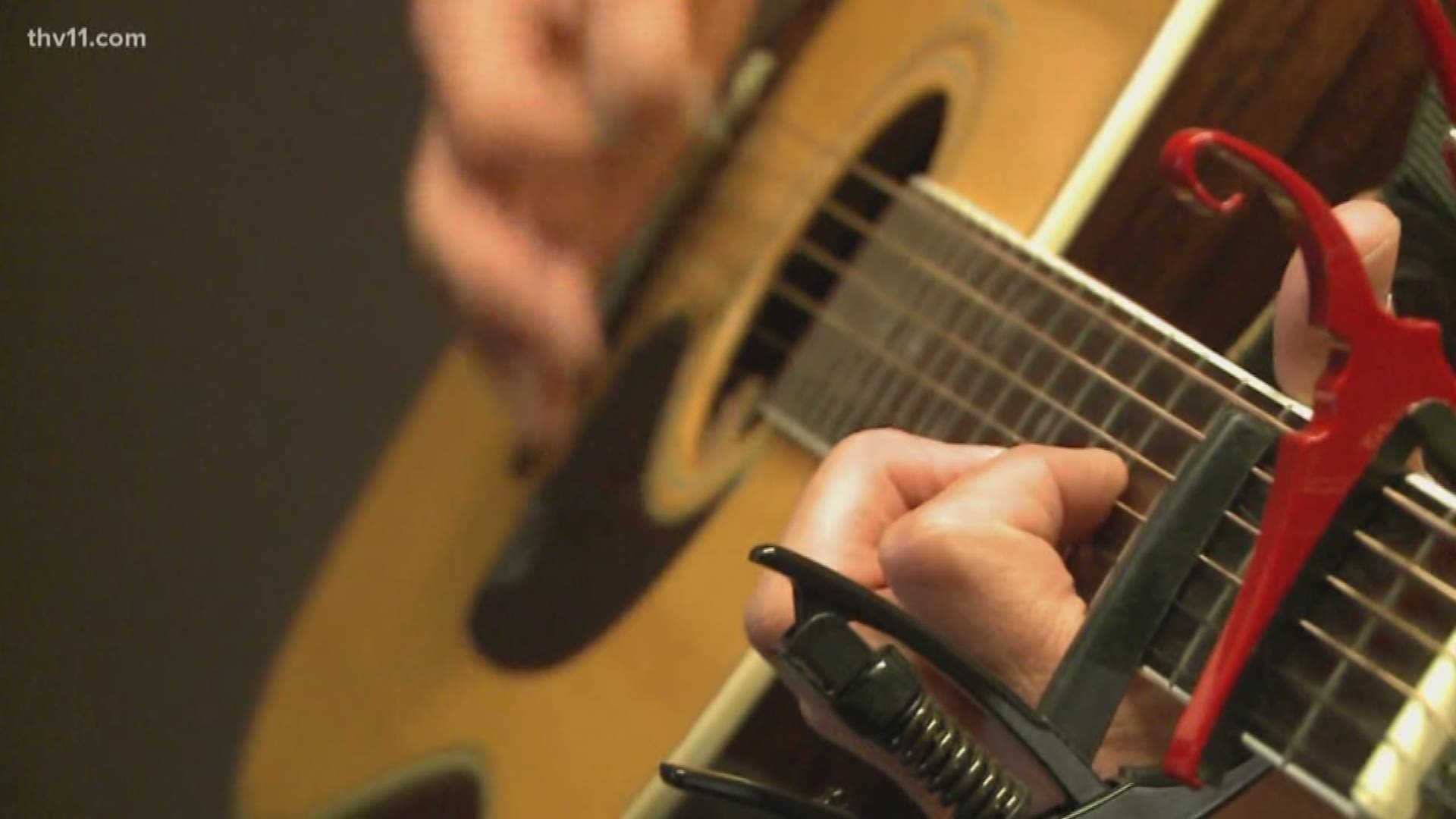 A nonprofit is helping veterans with PTSD by making music.

The organization ‘Operation Song’ hopes to empower veterans and their families through songwriting. It’s not your traditional therapy session, and a veteran said it’s a game changer.

“You need to start living, and this is a way to get started,” said US Navy veteran Edwin Brown. “I’ve got 1,500 stories and this is just one. I want to thank them for telling it for me,” Brown said, sharing a story that’s been hard to talk about.

Brown attended the retreat hosted by the MacArthur Museum of Arkansas military history. It pairs songwriters with veterans who are hoping to find healing.

“When we bring a guitar out and start playing guitar, and putting the words and music together then it becomes a song,” songwriter Steve Dean said.

The process can take years. But, it’s worth every second for songwriters who support the veterans that come their way.

“We start out slow and what’s your favorite kind of music, when did you join the service, where are you from, you know stuff like that,” said Dean.

“When they start saying the things they can’t say, that’s when we’re onto something,” said Operation Song Vice President Don Goodman.

It's even saving lives.

“You know when Steve and I are driving over here from Nashville every Wednesday we just kind of pray that maybe we’ll say or play or do something that just might save a life and a hand went up and said, ‘here’s one,’” said Goodman.

He said the veterans leave the session with a song to share with family and a relieved heart.

“Thank all you guys for helping us and thank you all you guys that served with us, because we can’t do it alone,” said Brown.