Built sometime between 1916 and 1918, the building was home to the Arkansas Chapter of the Knights and Daughters of the Tabor. 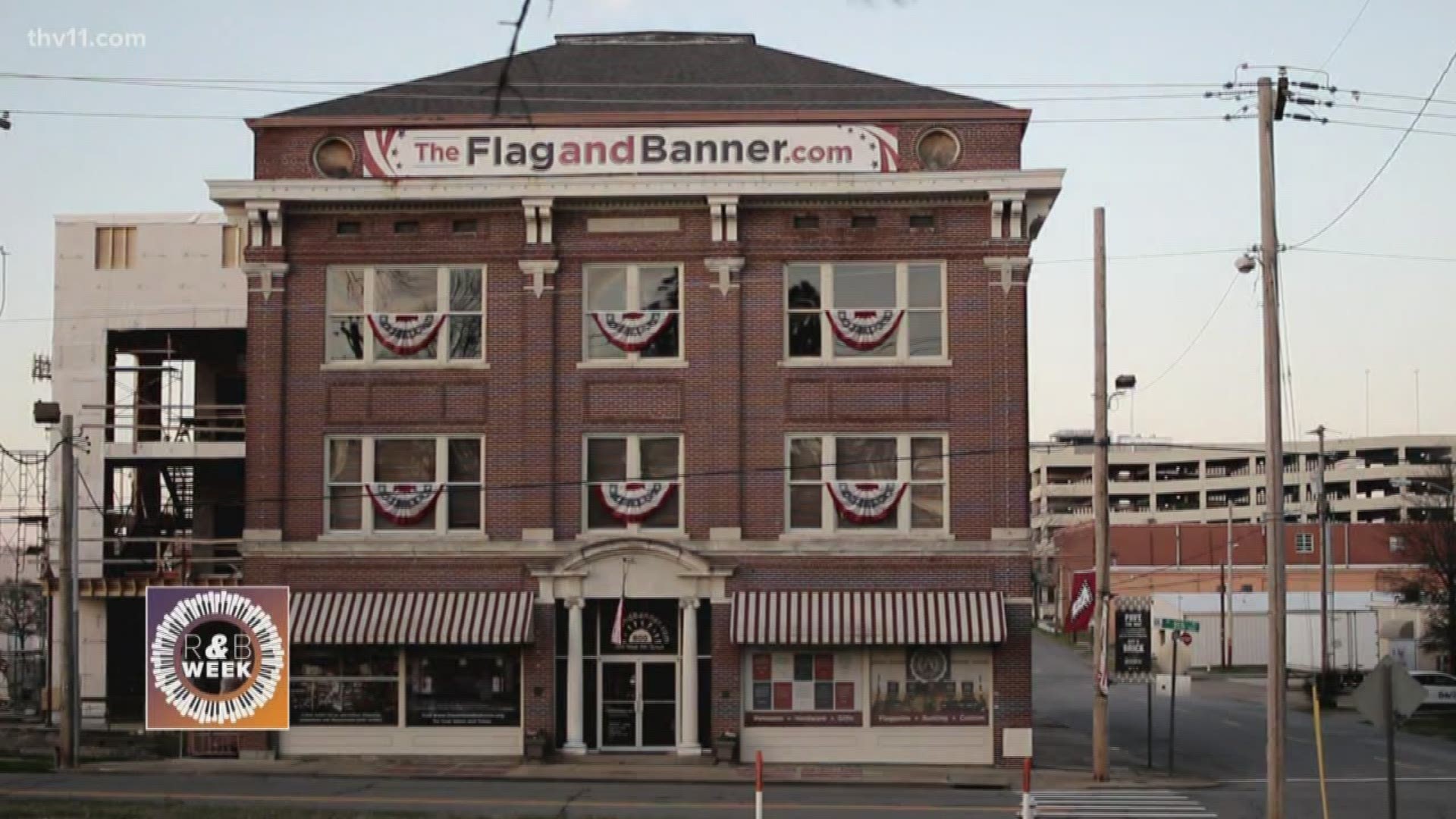 LITTLE ROCK, Ark. — Hundreds of thousands of people drive down Interstate 630 every day. But most never realize they're passing a piece of cultural history.

At the corner of 9th and State Street, just a few blocks from THV11, you'll find Taborian Hall and the Dreamland Ballroom. Built sometime between 1916 and 1918, the building was home to the Arkansas Chapter of the Knights and Daughters of the Tabor.

“They were a fraternal group, much like the mosiac templars,” Executive Director of Friends of Dreamland Matthew McCoy said.

The building was a part of the black business district known as "The Line"
During World War 1, it became a service club and a USO for thousands of black soldiers.

“They would host things for the soldiers traveling in,” McCoy said. “They'd bring in musical acts for them because tons of black soldiers were being trained at Camp Robinson in North Little Rock.”

After World War 2, the hall transformed into one of the city's most popular nightlife spots and became a regular stop on the 'Chittlin Circuit.'

The venue welcomed music legends like B.B. King, Louis Armstrong, Ella Fitzgerald, Louis Jordan and Al Green. And those big names started to influence those who had an interest in music.

“I think a lot times people like Cab Calloway and Duke Ellington has specific band members they would travel with, but they'd also pick up local artists,” McCoy said.

But as the city and the times changed, business began to dwindle and the building was eventually abandoned, and for two decades, a piece of music history was forgotten.

But in 1990, McCoy’s mother Kerry bought the venue and saved it from destruction.

“She put a roof on it. She put floors on it. It was basically just a brick box when she bought it, and spent a long time getting it up to code. She used the first floor for her business...Arkansas Flag and Banner. But she dreamed of eventually restoring the whole building."

It's only a matter of time before that dream becomes a musical reality.

“When you put music in here, something comes out of the walls. Something electric.”

The McCoys hope to have the ballroom finished next year. If you want to check it out before then, you can find tour dates and times on the Dreamland Ballroom Facebook page.

Dreamland Ballroom
I haven't been there yet, however I plan to go soon. I enjoyed the history of 9th on ATEN today, esp... ecially about the Taborian Hall and Dream Land Ballroom. I'm glad that Kerry McCoy appreciated the building as valuable in heritage rather than monetary and preserved it as a historical vision to us all to enjoy.