"Gone with the Wind" and "The Wizard of Oz" were the top movies of 1939... and that's also when the Gem Movie Theatre in Heber Springs opened! 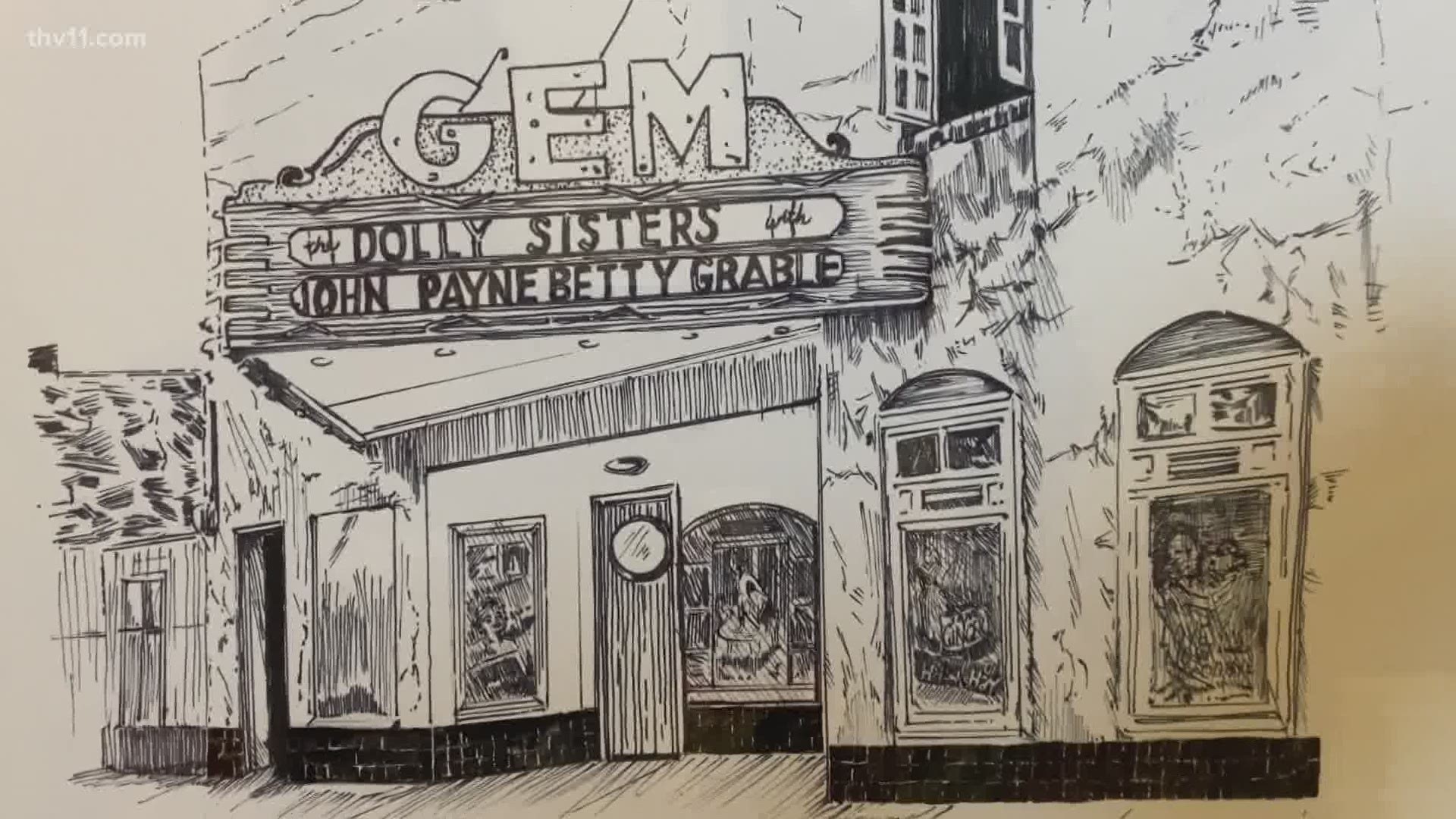 HEBER SPRINGS, Ark. — Movie classics “Gone with the Wind” and “The Wizard of Oz” were the top movies of 1939. The same year that the Gem Movie Theatre on Main Street in Heber Springs, Arkansas first opened its doors.

Decades later, many things remain the same at the Gem Movie Theatre.

You can still see the biggest movies of the year. The beautiful art-deco, neon-lit marquee was included after the theatre was destroyed by a fire and rebuilt in 1941. It still shines bright above the box office window. And the popcorn machine, one of the first of its kind in the area, still produces the best smelling and tasting movie treat.

Over the past 81 years, the Gem Movie Theatre has seen several changes, too.

In 1984, the theatre closed and soon reopened as a live music venue called the Sugar Loaf Opry.  After a few years, this venue shut their doors and the historic building sat empty for a while. The space was in major disrepair, but in 1995, a group invested in the building to bring it back to its 1940’s glory days.

It was then known as the Gem Community Theater, featuring live stage shows and art exhibits.

In 2007, the art council put the Gem Community Theater on the market. Sid King, who coincidentally is the nephew of a previous Gem Movie Theatre owner, Victor Weber, bought the historic location and began the process of turning it into a movie theatre once again.

King installed a new movie screen, projector and seats, while keeping the notable look that many in Cleburne County associate with the Gem.

While many things have changed, many more have remained the same. The Gem Movie Theatre in Heber Springs is a place that generations of families have enjoyed a movie.

Because of the pandemic, the box office is currently closed. However, the Gem Movie Theatre staff have been busy installing safety measures and plan on reopening as soon as it is safe for their customers.

So, go “to the movies” (hopefully soon) and go Discover Arkansas!