The Arkansas State Capitol is a must-see for every Arkansan!

The Arkansas State Capitol isn’t just a building where lawmakers gather. It's filled with a rich history and opportunities for all walks of life to enjoy! 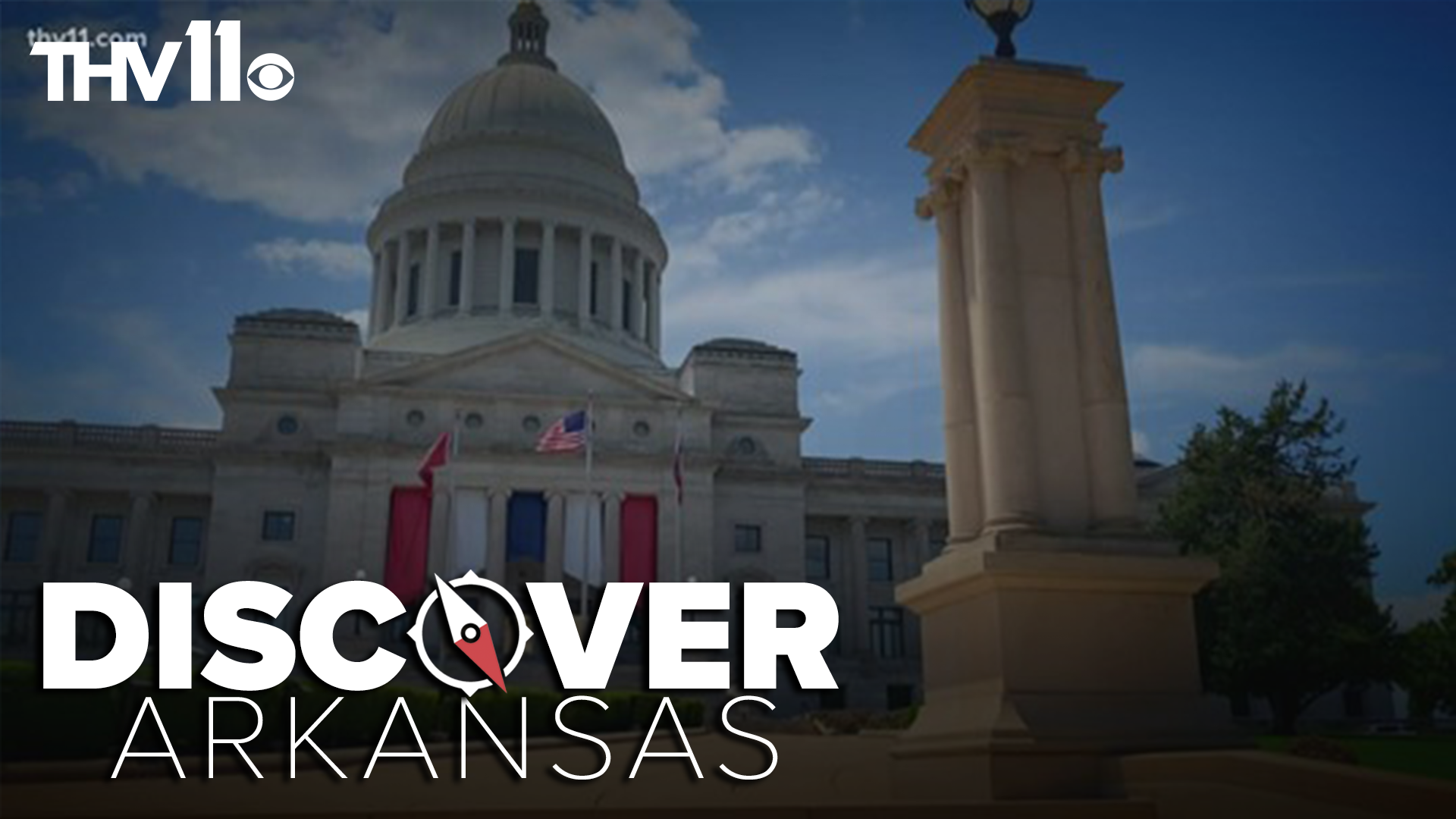 LITTLE ROCK, Ark. — The Arkansas State Capitol isn’t just a building where lawmakers gather. It’s a building rich with history, current events, and opportunities for all walks of life to enjoy.

Faced with increasing costs to maintain a rapidly deteriorating building, in 1899 state legislators voted to vacate the building now known as the “Old State House” and construct a new building for state government to call home. Finished and opened to the public in 1911, Arkansas’s constitutional officers and General Assembly, as well as a few state agencies, still call the Capitol building home.

In the north and south wings of the building, exhibits highlighting Arkansas’s culture and history are routinely curated by expert historians. In addition to the rotation of exhibits, visitors to the Capitol can enjoy stops at the state constitutional officer’s offices. One of the most popular stops is at the Arkansas Treasurer’s office where you can have your picture taken while holding hundreds of thousands of dollars.

While wandering the marble halls of the Capitol building you will notice various canvas portraits of our state’s former governors. Hung in chronological order, the previous governor’s portrait hung prominently in the Governor’s Conference Room, with those previous being featured in the second floor rotunda. Featured currently are notable names such as Tucker, Clinton, and Huckabee.

While the inside of the Capitol is overflowing with history, the Capitol grounds offer visitors abundant opportunities to revisit our state’s past as well. Among dozens of other monuments found on the exterior of the Capitol building include the Gold Star Families Memorial Monument, Arkansas Fallen Firefighters Memorial, and the Little Rock Nine Monument.

Second to the majestic dome that is prominently featured in Little Rock’s skyline, the bronze doors are on the east side of the Capitol are most iconic. Though these doors haven’t been used by the public since September 11th, they are still hand polished weekly. Originally purchased from New York’s famous Tiffany’s Studios for $10,000 each, these doors weigh a whopping 1,300 pounds! These doors are often used as a backdrop for wedding, prom, and senior photos.

The Secretary of State’s office offers guided tours of the building or you can explore the building and grounds on a self-guided tour. Admission is free of charge.