Amazingly, several pieces of the Chidester family’s furniture, books, silver, photography, jewelry, and letters can still be found in the home! 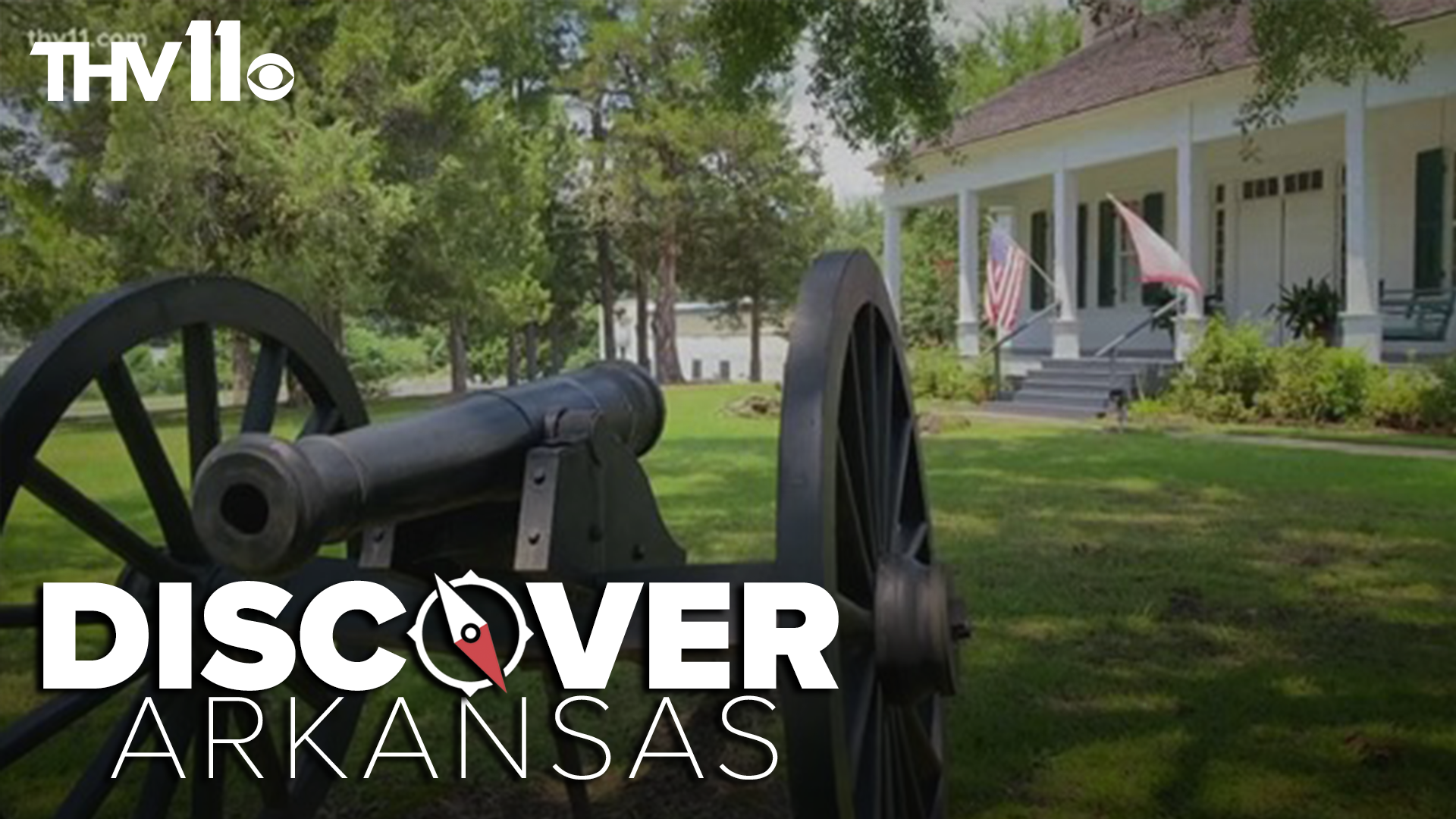 McCollum then built the first planed lumber house in the area with materials he had shipped from New Orleans upriver by steamboat to Camden.

That home is now known as the McCollum-Chidester House Museum and is maintained by the Ouachita County Historical Society. The house was listed on the National Register of Historic Places in 1971.

The McCollum family enjoyed many luxuries not seen in other southern Arkansas homes at the time.

The house showcased the area's first wallpaper, carpeting, and plastered walls. Some of these items can still be seen on display in the home.

Stagecoach owner and mail carrier John Chidester purchased the home in 1858 after moving to Camden from Alabama. Amazingly, several pieces of the Chidester family’s furniture, books, silver, photography, jewelry, and letters can still be found in the home.

Fans of the TV mini-series “North and South” may recognize parts of the McCollum-Chidester House from several scenes, including the classroom scene.

Some of 1980’s biggest movie stars, including Patrick Swayze, Kirstie Alley, and James Read, filmed their scenes in Camden.

The McCollum-Chidester House Museum is located at 926 W. Washington Street in Camden.

Appointments for the museum are highly recommended and can be made next door at the Historical Society office. Office hours are Wednesday to Saturday from 9 a.m. to 4 p.m.