After suffering water damage in mid-February when several pipes burst, the Museum of Discovery in downtown Little Rock will reopen. 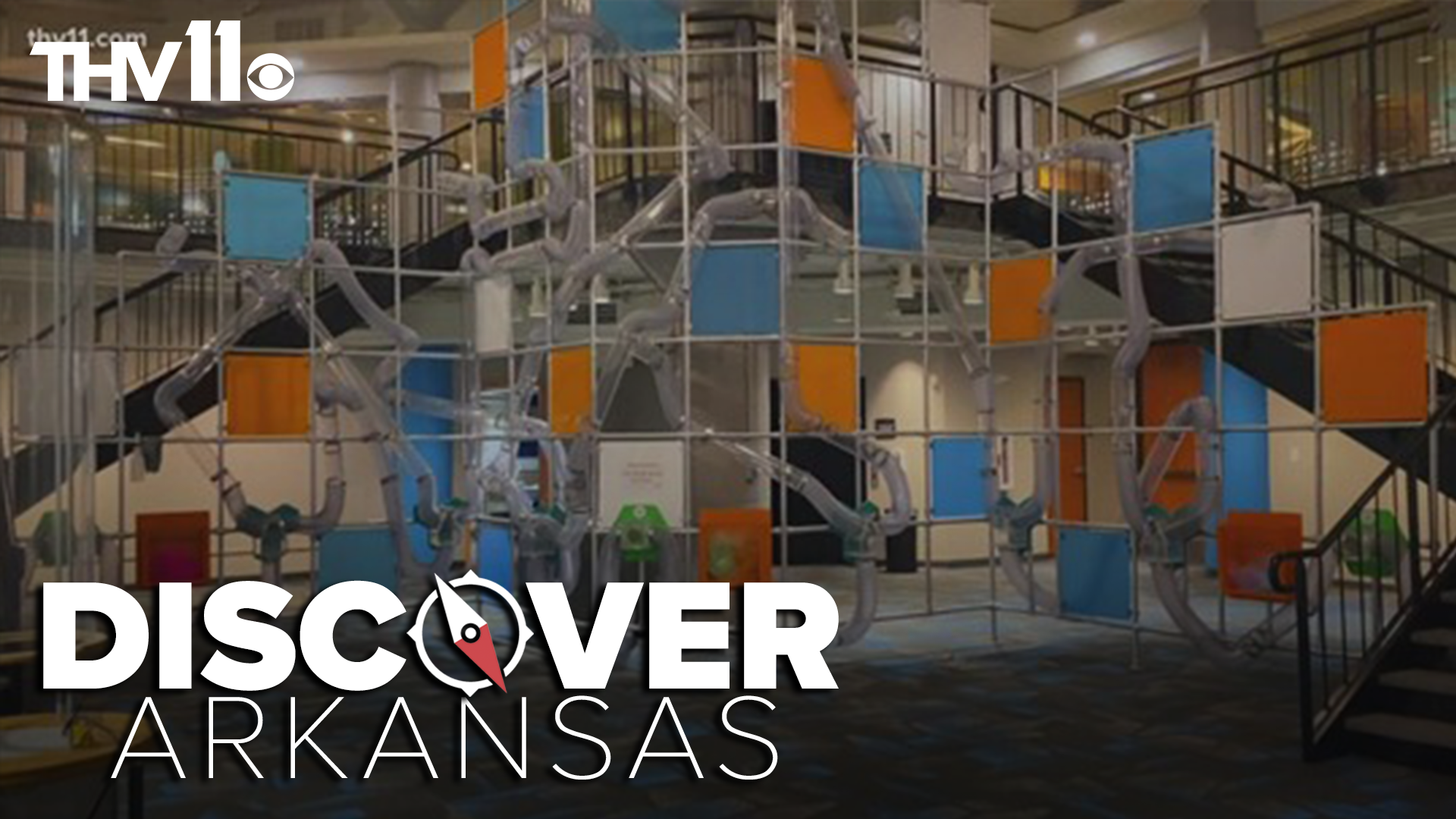 LITTLE ROCK, Ark — After suffering water damage in mid-February when several pipes burst, the Museum of Discovery in downtown Little Rock will reopen to the public on Saturday, August 21.

The Museum of Discovery used this unexpected opportunity to give the exhibit areas a facelift. Ceilings and walls are painted, and some walls have been removed.  The museum is open, bright, and inviting.

Visitors will get to interact with many new experiences that replace the exhibits damaged by flooding.

How People Make Things is an interactive exhibit based on Mister Fred Rogers’ factory tours as seen on his PBS show, Mr. Roger’s Neighborhood. Mystery of the Mayan Medallion will have you embracing your inner Indiana Jones. Dig for dinosaur bones and explore fossil replicas at the Dinosaurs: Fossils Exposed exhibit.  Some of the exhibits that weren’t damaged by water and are fan favorites remain, including Magnificent Me, an interactive look into the human body.

Many of the “new” exhibits are temporary while the brand-new displays are being fabricated. Museum of Discovery CEO Kelley Bass said building new exhibits it is a long process but will be worth the wait for museum visitors.

The Museum of Discovery will resume its pre-pandemic schedule. Hours are 9 a.m. to 5 p.m. on Tuesday through Saturday and 1 to 5 p.m. on Sundays.

More information on admission and hours can be found on the Museum of Discovery website.