Since 1833, the building and its ground have been a part of many events in the state's history. Now, it preserves artifacts for the public. 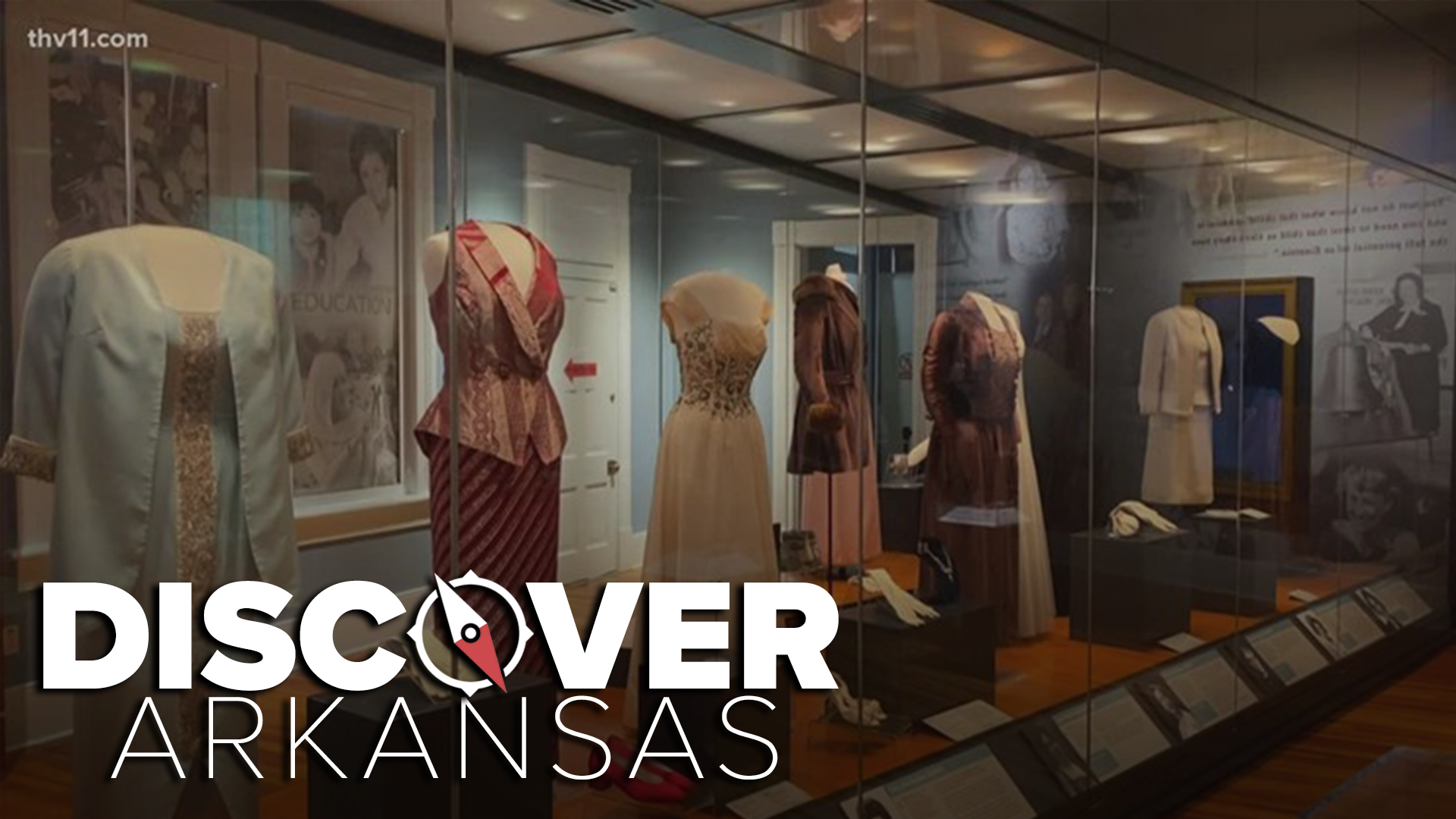 LITTLE ROCK, Ark. — The Old State House building in Little Rock has accommodated many organizations over its almost 200 years in existence near the Arkansas River.

What was once Arkansas’s first capitol building is now a free museum open to the public.

Construction of the Arkansas State House began in 1833. At the time, the front of the building faced the river, as visitors mainly traveled by water when arriving in Little Rock. The massive columns that can currently be seen on what is known today as the front, or Markham Street side, were replicated on the river side, too.

According to the Encyclopedia of Arkansas, “It is originally believed to have been designed as three separate buildings to house the three branches of government.”

While construction was still in progress, the first session of the General Assembly moved into the building.

Today, you can climb the beautiful old wooden staircases to see the actual rooms that many important and early events in Arkansas history took place.

Still a popular picture location is the fountain located in the middle of the lawn.

“The three-tiered fountain with cranes is a recast of the original fountain that sat in front of the Arkansas Building during the 1876 Philadelphia Centennial Exposition. The fountain traveled by train to Arkansas after the exposition ended and was installed in front of the State House in 1877, one year before the first city water system began to operate,” according to the Encyclopedia of Arkansas.

Several renovations took place in 1885, including the removal of the columns on the north (river) side of the building.  Parts of the building were expanded, and several exterior additions and improvements were made.

In 1911, Arkansas’s current state capitol building was completed, leaving the building empty. Over the years, many other groups were based in the Old State House. It was the original location for UAMS and headquarters for the newly formed Arkansas State Police.

By the mid-1940’s, the structure had seen better days and was at risk of complete abandonment when several of the building’s occupants lobbied for it to become a museum.

It took several years of improvement to the building, but it was finally ready to open to the public in 1951.

Present day visitors can learn about the property’s history while viewing artifacts that encompass Arkansas’s history.

A popular exhibit is “First Ladies of Arkansas: Women of Their Times,” featuring the accomplishments of governor’s wives, inauguration gowns, and more.

Beginning in 2021, the Old State House will display a temporary exhibit called “Play It Loud: Concerts at Barton Coliseum.” Instruments, stage costumes, posters, tickets, and other musical items tell the story of artists that played Barton Coliseum from the 1950’s to the venue’s last concerts in 2019.

The Arkansas Heritage website is a great source of information and declares that the Old State House Museum “interprets Arkansas history from statehood to the present through both permanent and changing exhibits.”