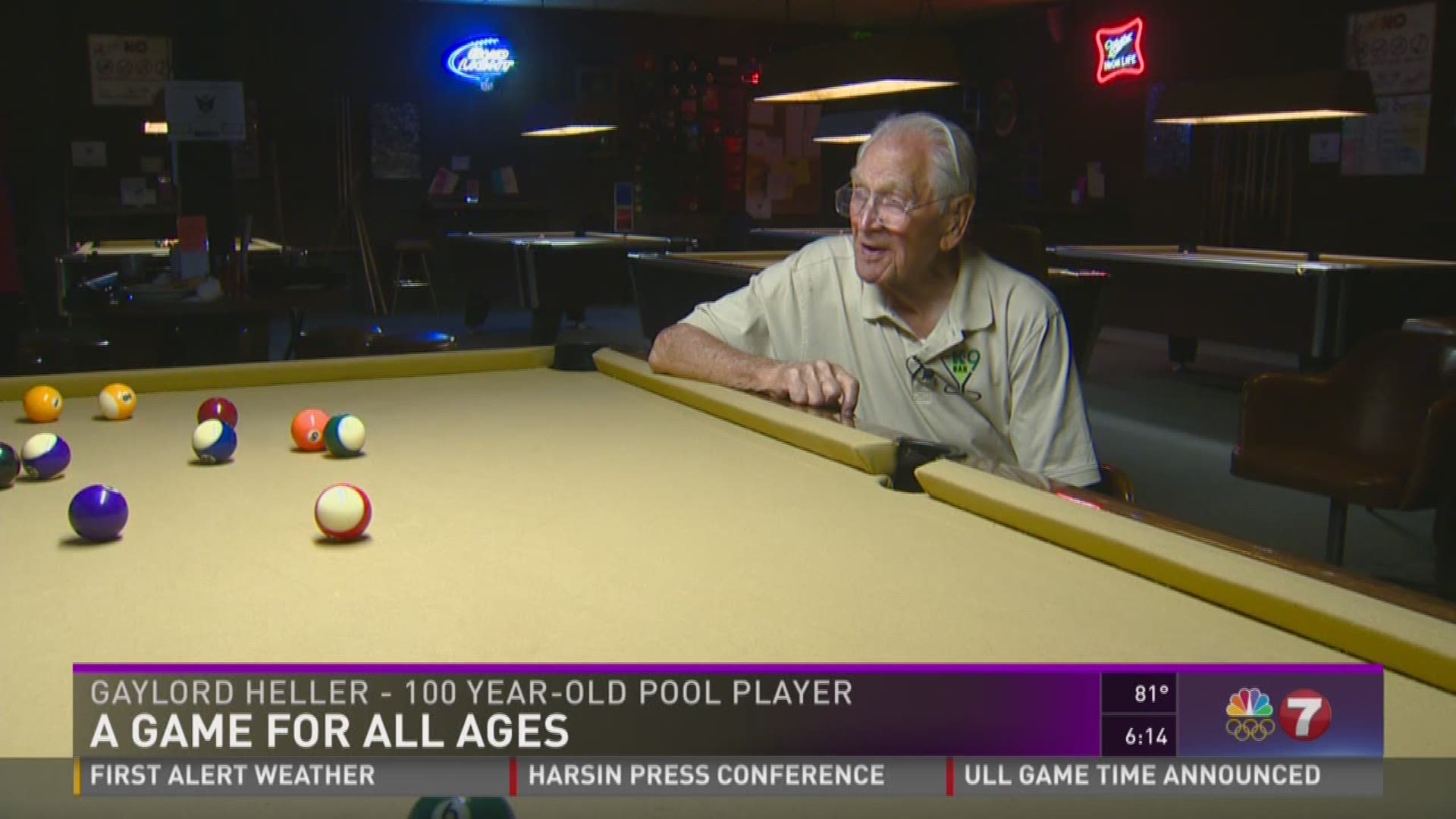 BOISE - The 27th annual Idaho Senior Games get under way Friday, with hundreds of participants taking part in a variety of sports from archery to softball.

Among these senior citizens, one man stands out as possibly the most senior of the competitors, playing a game he's played for more than 80 years.

Rod Heller spends his Wednesdays at the Pocket in Boise, getting in practice for the upcoming Idaho Senior Games pool tournament.

At 76 years old, Heller is one of the older players in the pool tournament. But the septuagenarian isn't even the most senior member of his own family, much less the oldest one playing in the senior games.

That title belongs to Rod's dad, Gaylord Heller, who is 100 years old as of July 31. After moving to Boise in 1935, Gaylord picked up the game of pool in a parlor downtown. And he's played it continuously ever since.

"Well, number one, it's a game of skill and you meet a hell of a lot of nice guys," explained Gaylord.

1 / 14
<p>At 100 years old, Gaylord Heller will likely be the oldest competitor at this year's Idaho Senior Games. But after 80 years of playing pool, he's confident in his skills.</p>

He has spent a lot of time running the table at the local Elks Lodge, too.

"He got so good down there that nobody could beat him," said Rod. "And no one would even play him for a quarter."

"This year I talked him into it and told him I would buy him lunch and some beer," said Rod.

Because of his age, Gaylord will have to play the games against players at least 15 years his junior.

The same guy who was once a member of Idaho's Mounted 116th Cavalry has no worries how he will perform come tournament time, even if he has to square off against his son.

"If I have to play against my son? I'll beat him," he said confidently.

The Idaho Senior Games Pool Tournament will be on Saturday, August 13 at The Pocket in Boise.