Farmer's eclectic collection of classic cars to go up for auction

Cal Phillips' property outside of Paul, Idaho, is peppered with old tractors and trucks. But a closer look inside the outbuildings reveals so much more. 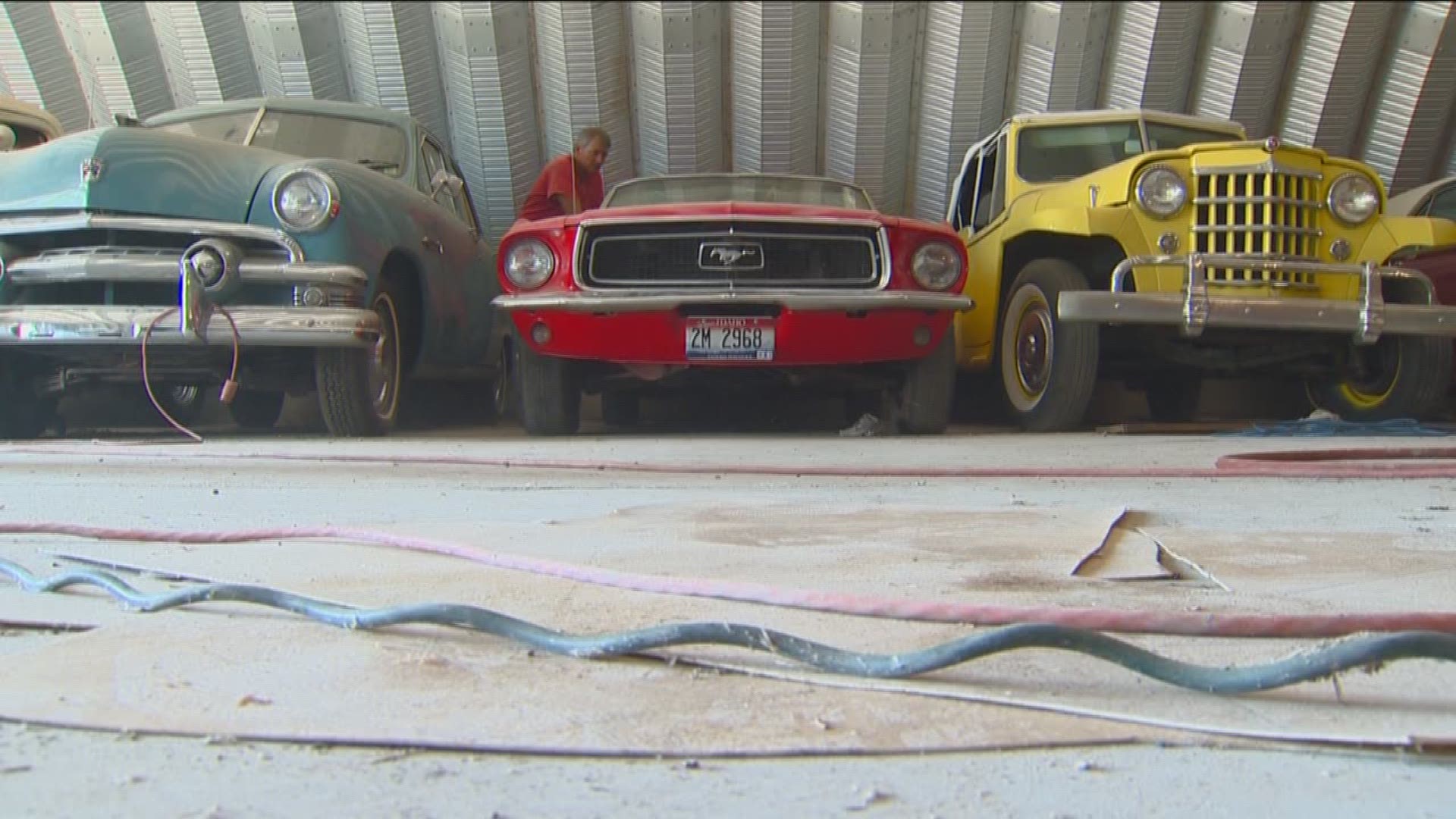 PAUL, Idaho - Cut out of the middle of Mini-Cassia farmland there's a two-acre slice off 275 North that, even from a distance, dons the distinctions of an old farmer.

Cal Phillips' property outside of Paul is peppered with old tractors and trucks. But a closer look inside the outbuildings reveals so much more.

"I still can't believe all the cars," said Sherri Anderson, about her dad's eclectic collection.

The extensive assortment of old cars are housed in four buildings on the property.

"You know he was a product of the 30s, so he kept everything," explained Sherri.

Vernon Callen "Cal" Phillips was born in eastern Idaho in 1925. He went to war and was wounded in the 1940s before returning home from the Philippines to raise a family and a farm, growing potatoes, sugar beets and barley.

"I mean he was 90 miles an hour with his hair on fire from spring until fall," remembered Sherri. "And then in the wintertime it was getting ready to get ready to plant again in the spring."

Those days, cars and trucks were just tools to navigate his nearly 2,000 acres of irrigated fields.

"They'd last about two years, and dad would go into town buy another $50 pickup and bring it home," said Randy Phillips, Cal's son. "I don't think he ever paid more than $50 for one."

Then in 1994, Cal retired from farming and found something else to fill his new-found free time. He started finding and fixing up old cars.

"The whole premise was he was going to fix them up and sell them, and he stopped selling them," laughed Sherri.

His collection climbed to nearly 80 vehicles: from Model As to MGs, Plymouths to Pontiacs, Chevys to Studebakers, Bentleys to Rolls Royces - relics from nearly every decade of the last century.

1 / 15
<p>Four years after Cal Phillips passed away, his family plans to auction off his extensive collection of classic cars.</p>

Sherri says her dad only wanted ones he could restore, building some up from just the chassis and choosing everything from the upholstery to the paint color.

Cal died four years ago at the age of 88, and his eclectic collection has since collected cobwebs and dust.

Now, about 70 classics are making their way to an auction house in Nampa. It's something Sherri began preparing for some time ago.

"It's very emotional, because it's kinda like selling a piece of Dad," she said.

But she knows there is no way she and her siblings could maintain the upkeep that the cars deserve. Now the family is busy pumping up tires, charging batteries, and pulling the cars out of storage.

Some of the cars will see the light of day for the first time in a long time. But they will always be a bright memory for Sherri.

A legacy of a old farmer's love for old cars that will now be passed on to others.

"If we can sell these cars to someone that's really going to appreciate them like Dad did then we've done what we're supposed to do," says Sherri.

All of Cal's cars will be transported to Dealers Auto Auction in Nampa, where they will be detailed and readied for sale to the public on August 26.