Twin Falls woman still on the job at 100

TWIN FALLS - For most people, retirement comes around the ages of 60-70 years old. Not for Nan Thatcher, a Twin Falls woman who is working into her second century of life. 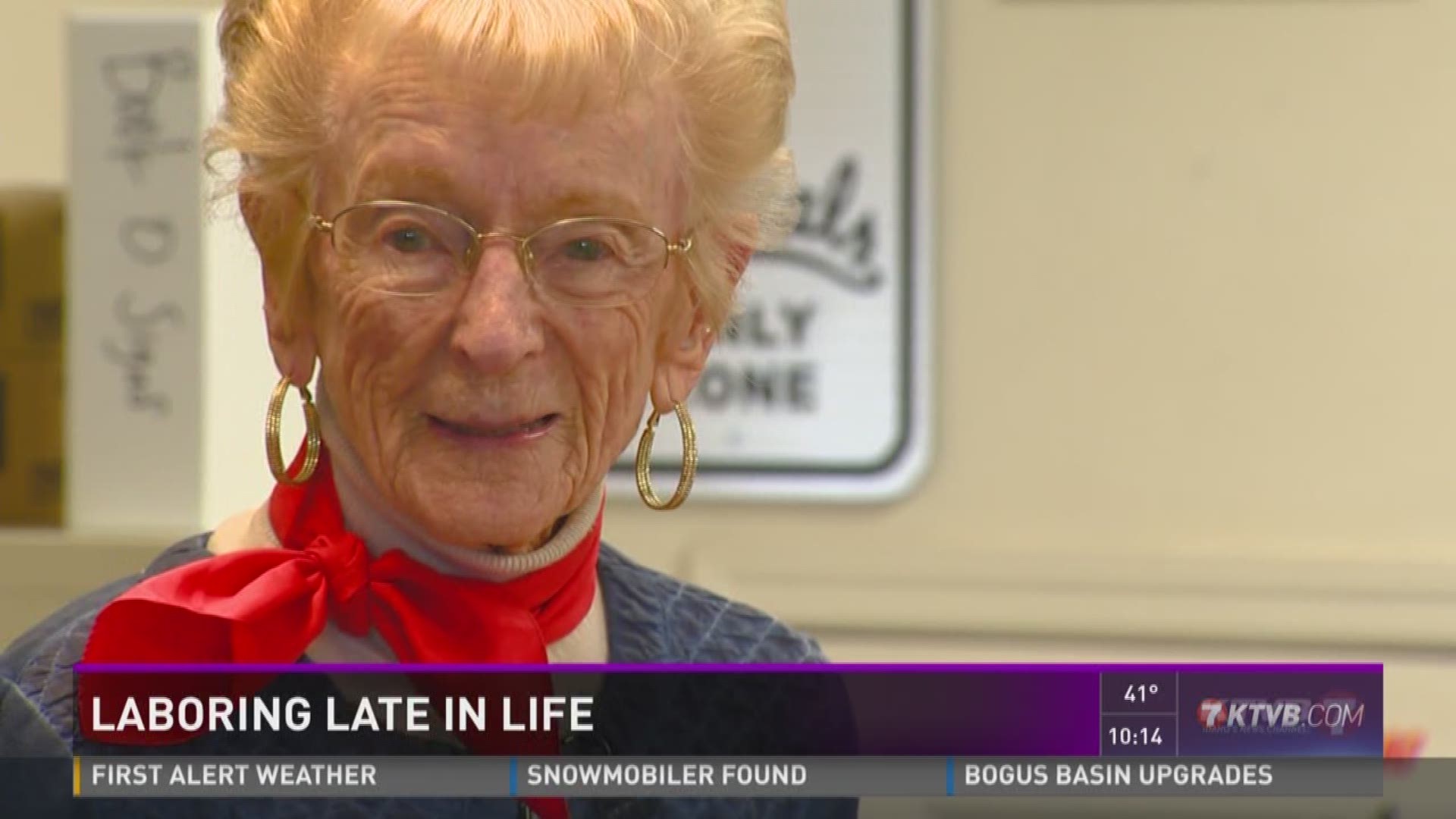 TWIN FALLS - For most people, retirement comes around the ages of 60-70 years old. Not for Nan Thatcher, a Twin Falls woman who is working into her second century of life.

Back in 2001, Tom Thatcher began his business, Road Work Ahead, out of fear of not finding another job.

"I had lost my job," explains Tom. "And who would hire somebody that just got fired that's 58 years old?"

His first hires back then came from inside the family - his wife and mother. That was more than 15 years ago, and the only one still in the office is Tom's mom.

Marjory Thatcher, otherwise known as Nan, is 100 years old. It was her idea to come work for her son at the age of 85.

"I told him, 'I'm losing my eyesight, the least I can do is answer the phone,'" said Nan.

And that's what she has done three days a week for 15 years.

"Monday, Wednesday, and Friday," Nan explained. "Thursday I have my hair done."

The job has been more than just a reason to get out of the house.

It also gives her a chance to work with her great-grandson, Easton, making Road Work Ahead a multi-generational corporation.

Nan describes her duties as answering the phone and just being pleasant. So it's not exactly a heavy workload.

"Unless the phone rings, there's nothing to do," she said. "I'll sit and put my feet up on the desk."

Marjory Thatcher still on the job at 100

And while she will sometimes sort the mail, she doesn't know who gets what because of her failing eyesight.

Despite that Nan still gets employee of the year, every year. A reflection of her commitment, and the fact her 75-year old son doesn't pay her.

"Well, we buy her lunch, does that count?" asks Tom.

It's good enough for Nan. And so as long as she's needed there's only one way she won't be here.

"Well, unless there's something better to do."

Nan says she remembers her first job as a receptionist for an oil company in Los Angeles back in 1935. So she's come full circle.