Some who lost their homes to the Babb-Malden fire say the outpouring of generosity has kept them going through unimaginable loss. 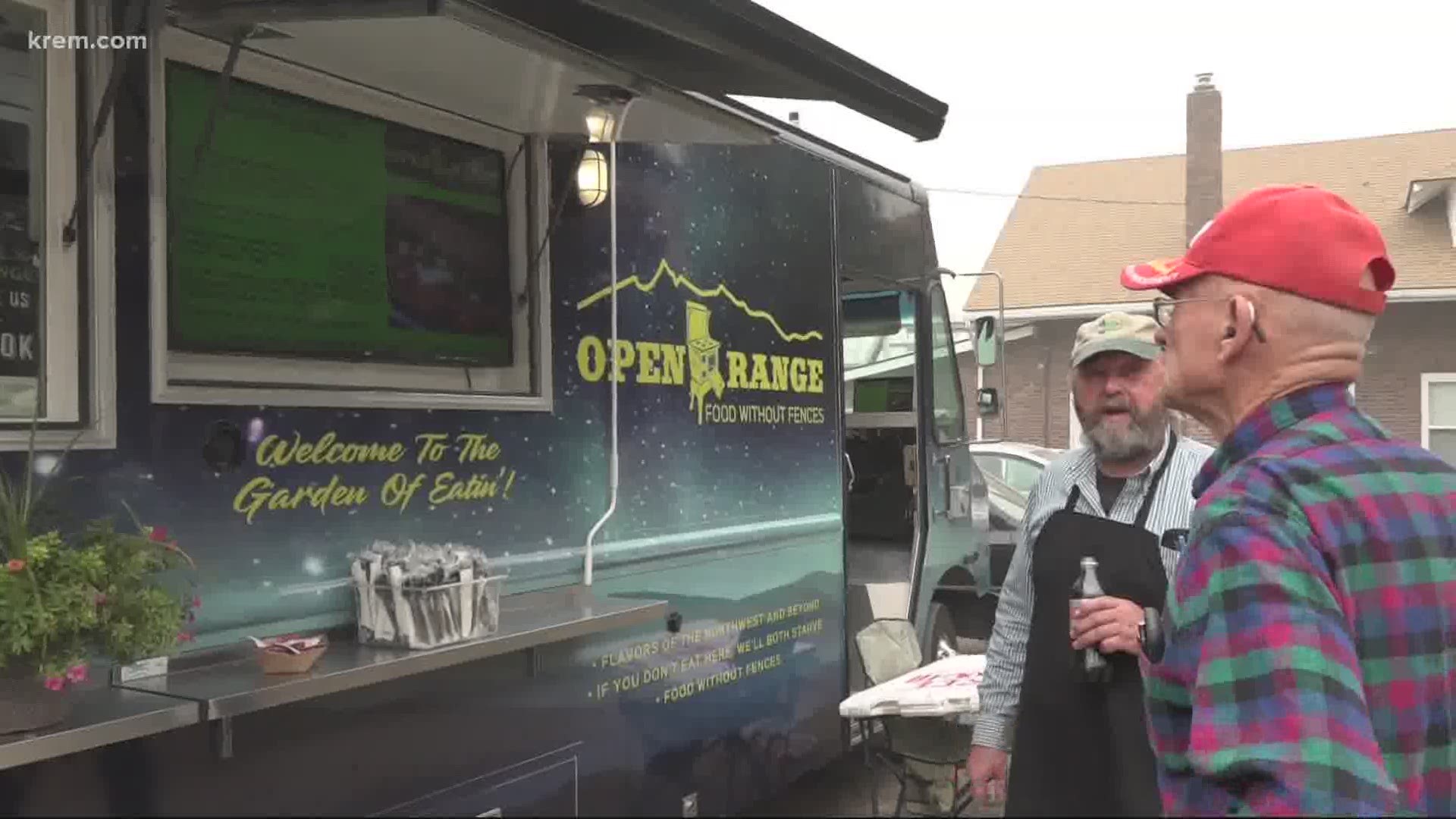 WHITMAN COUNTY, Wash. — The Labor Day wildfires destroyed the towns of Malden and Pine City, leaving many people in Whitman county without a home or a source of food.

But Saturday, Open Range food truck came in to give some people their first hot meals in days free of charge thanks to an anonymous donor fronting the cost for the food.

"Things like this happen, this is life," said food truck owner Bill Basham. "If we were really worth a damn as a species, we would go - 'let me help you.'"

Basham has been in the restaurant business for 25 years, with Open Range food truck being his newest project.

"I received a call yesterday, and it was someone saying they would like to donate to the people who live in Malden and Pine City," he said. "They asked if we would be willing to come up and help."

His team drove an hour to deliver and cook about 150 meals to residents in Whitman County.

Parked outside of Rosalia Assembly of God, Basham and his two cooks started making burgers, fries, chips, salad and sandwiches.

"We will be in conjunction with the generous donation doing our best to fill bellies and raise spirits," said their Facebook Page.

"I went back and I just stood there and cried., it was all I could do," said Pine City resident Cynthia Campbell. "Everything is gone, we have lost everything."

Cynthia and her husband Markam lost their home, pets, ashes of family members, vehicles and memories to the wildfires. They are surviving through prayer, they said.

As they came to their church today, they were hoping for a sign - one that Basham might not even realize he showed.

"It shows the grace of God, it has helped us out a lot," said Markam. "It's a game-changer."

Although they have lost a lot, they have still been blessed, Cynthia said. They have been blessed by the community coming together to help their town.

Pastor Pat Atchison is also feeling thankful for the food truck for coming into his community.

He has also been organizing drives for those affected by the wildfires and having hot food today has helped those who no longer have food, he said. Also for his volunteers who are working tirelessly to help get people back on their feet.

"It's just overwhelming how the response has been, and it gives me faith in humanity again," he said. "People's lives are being changed because of their generosity."

"We are going to feed until we run out of food or money," said Basham. "People need help right now, lets do it."

Open Range is hoping this is the start of a new trend. They encourage more people to donate restaurant services to come out to Whitman county.

How to donate or help out with Rosalia Assembly of God church: