Research shows many people were sincere believers in the false and misleading claims that were made leading up to Jan. 6. #newdaynw 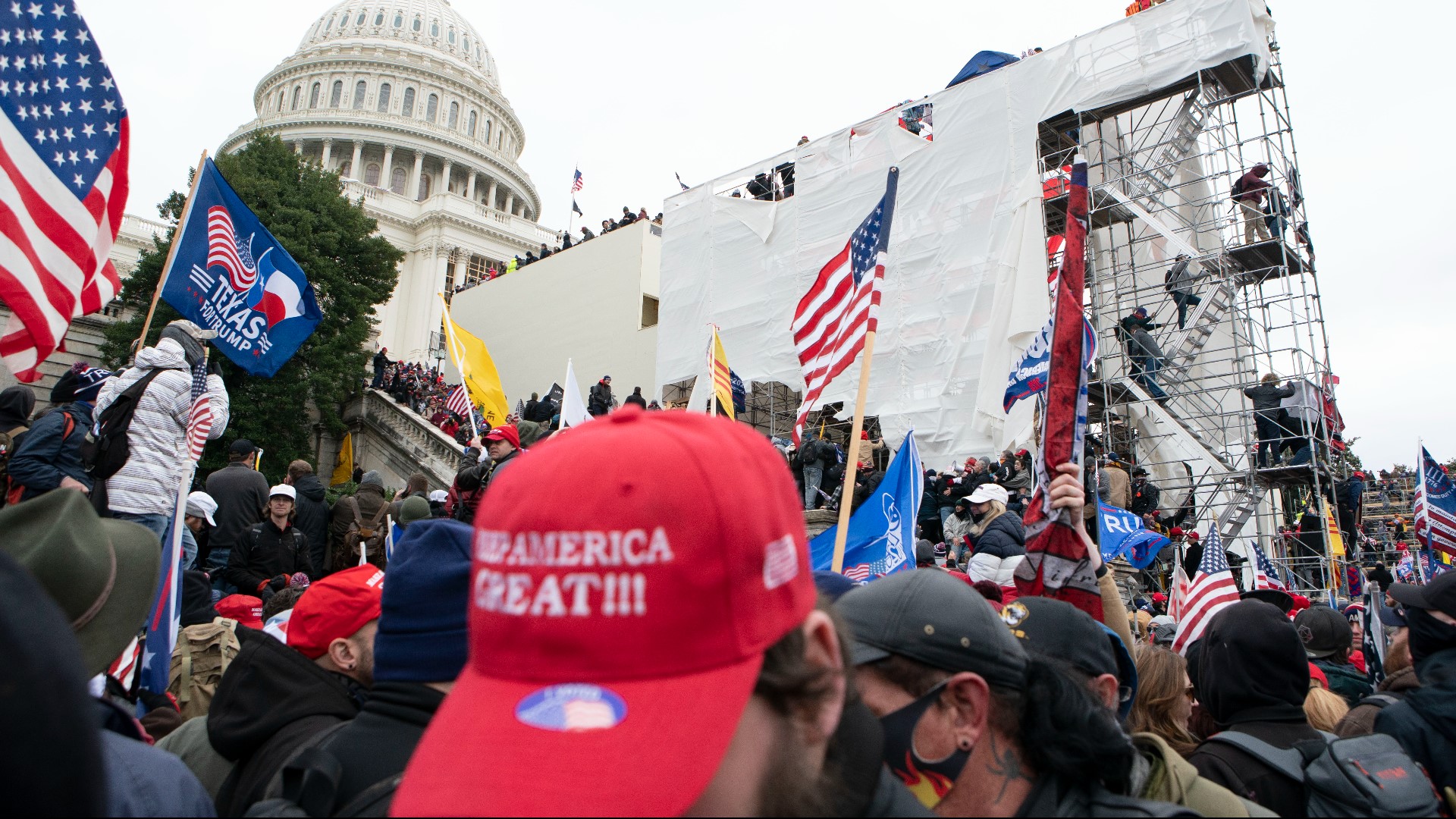 It's been six months since the upsetting and confusing events that took place at our nation's capitol.

It almost sounds like something out of a movie, but it was reality.

By now, it's clear that there was a lot of disinformation being spread on the internet about that day and in general.

"We have been doing research on the spread of online misinformation and online disinformation on social media and beyond," said Kate Starbird, associate professor, human centered design and engineering at the University of Washington.

Combing through tweets and Facebook posts, and doing different kinds of analysis and visualizations is part of understanding the patterns and trends of how disinformation takes shape and spreads through social media, she said.

Leading up to Jan. 6, Starbird said if you look all the way back to June 2020, the beginning of the efforts to sow doubts about the election began to come from then President Donald Trump's Twitter account. After the election, those false narratives continued to take off.

"I want to just stress that what we see in the data, is that many people were sincere believers of these false and misleading narratives of voter fraud," Starbird said.

False claims have continued beyond Jan. 6, she said. There have also been efforts to frame the events of that day as something other than they were.

So is all this part of a larger disinformation campaign, or is it just conspiracy theorists? Starbird said that's a hard question because the two are interconnected.

"There's this interplay between organic conspiracy theorizing and these larger efforts to mislead people for political and other objectives."