Loyalty and Sankofa bookstores in the District have both seen a spike in sales over the last two weeks. 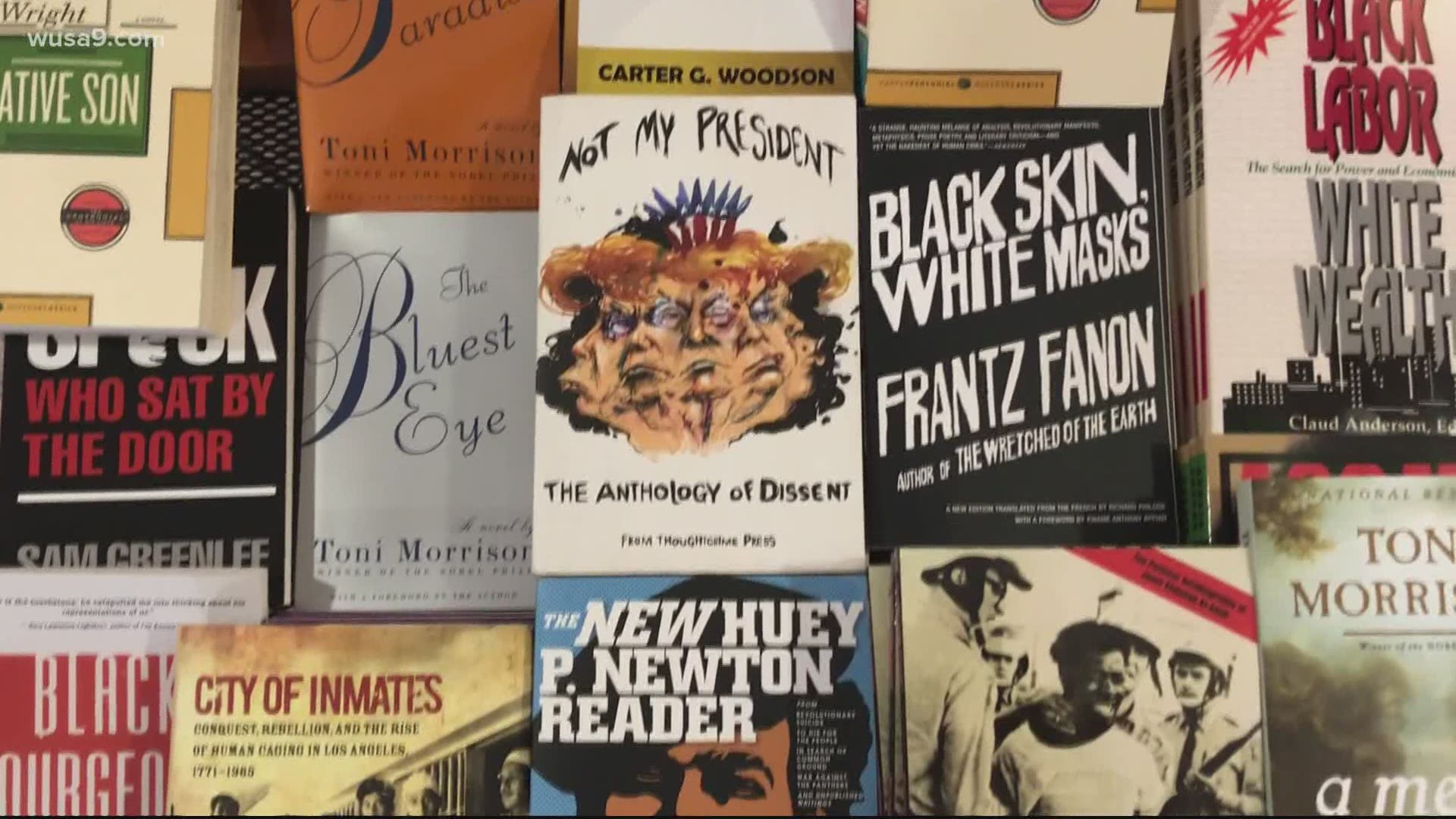 WASHINGTON — Hannah Oliver Depp owns Loyalty Bookstore in Petworth. Since mid-March, business has been steady after physically closing and moving to online orders because of coronavirus. In the last two weeks, those sales at Loyalty Bookstores have tripled.

"Suddenly, the floodgates opened. A lot of books focusing on anti-racism were already hot sellers for us so at first we didn't quite notice what was happening," Depp said.

The nationwide protests after the death of George Floyd in Minneapolis have sparked conversations about race in America. It has also started a movement of non-black people to confront the realities that African-Americans deal with every day in America and the role they have played.

"I think that's because the conversation changed from proving that I as an individual am a nice white person and am not racist, to how do we systematically change things and how do my actions contribute to that system of oppression?" Depp said.

Sankofa, an independent bookstore on Georgia Avenue, just blocks away from Howard University, has also seen a spike in sales. Sankofa first opened its doors in 1997 and specializes in African-American books and culture. Co-owner and filmmaker, Shirikiana Germina says black-owned bookstores are more important now than ever before.

"We have to have a place where knowledge is available to our people. It’s a front line. To me, it’s placing yourself on a front line," Germina said.

Some of the books in high demand include Ibram X. Kendi's How to be Antiracist, The New Jim Crow, authored by Michelle Alexander, White Rage by Carol Anderson, How Europe Underdeveloped Africa, written by Walter Rodney, King Leopold's Ghost, by Adam Hochschild and many others. 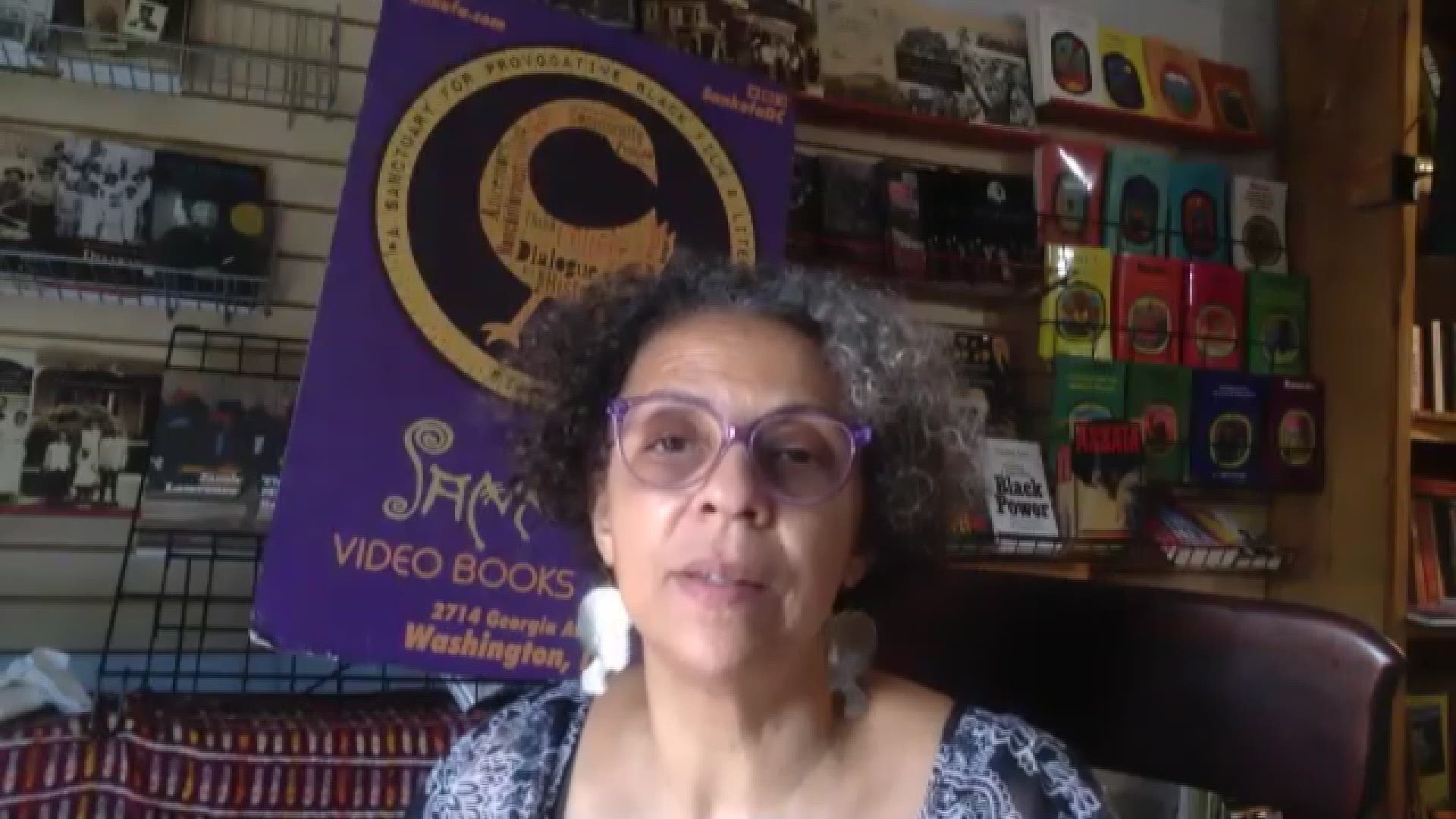 Much of the push for sales has also come from social media. Calls to support -black-owned businesses, bookstores and lists of books to read about race have gone viral on platforms like Instagram.

It comes at a time where many businesses, including Sankofa and Loyalty, weren't sure if they were going to survive the hardships placed on them because of the coronavirus pandemic.

Depp took over Loyalty Books In 2019. In February of this year she opened a second location in Downtown Silver Spring. A month later, they were forced to close their doors because of COVID-19.

"There's a lot of things batting against us and this outpouring of support will sustain a black-owned business," said Depp.

As conversations around race continue, both Germina and Depp hope people are committed to making a change and will continue to use books and other tools to educate themselves.

"Empathy is not enough. Wearing a cute little Kente cloth around your neck and getting on a knee is obnoxious and patronizing. You have to see what role you have played as a white person in making this system do what it’s done, from the voices of those people who have been complaining about it and fighting against it for a long time," said Germina.