Arkansas lawmakers have made it easier for those living with Alzheimer's and other forms of dementia. 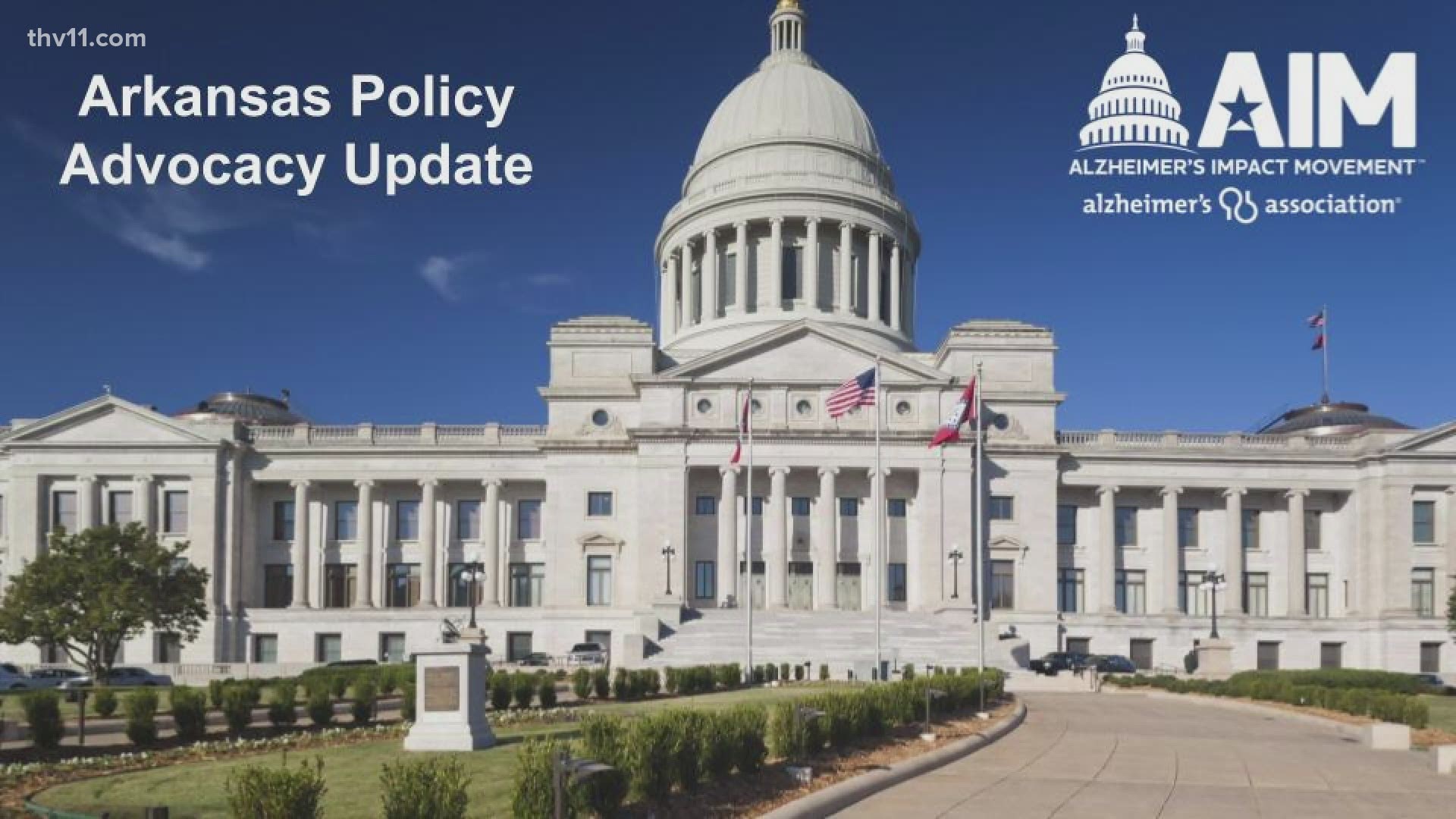 This legislation ensures that Arkansas is prioritizing its response to Alzheimer's and other dementia.

“The council establishes a collaborative approach to identifying some gaps in services and areas to improve upon,” says Cook. "It also helps us develop strategies to improve care and better address Alzheimer's and dementia."

This council does not have an expiration date, and neither does Alzheimer’s. It requires Arkansas to update and implement an Alzheimer’s and Dementia State Plan every four years.

The committee will report to the Arkansas General Assembly every two years on the status of implementing the state plan.

“This shows a signal of hope from the state that we are going to begin prioritizing our response to Alzheimer’s,” says Cook.

The council will study the gaps in available support services, healthcare workforce development, access and quality of dementia care, and develop more awareness about dementia.

Supporting long-term family caregivers like Theba is another area the council is anticipated to focus on.

“It sounds wonderful because many of us have been in this fight feeling extremely alone and hopeless,” says Lolley.

The council will consist of 20 member including legislators, state agencies and commissions, public health, physicians, researchers, and a family caregiver.

Alzheimer's Association is available to talk with you about what you may be going through. The 24/7 helpline number is 1-800-272-3900 and resources are available on their website and Facebook page.