It was a group effort to help rescue the beautiful bird. 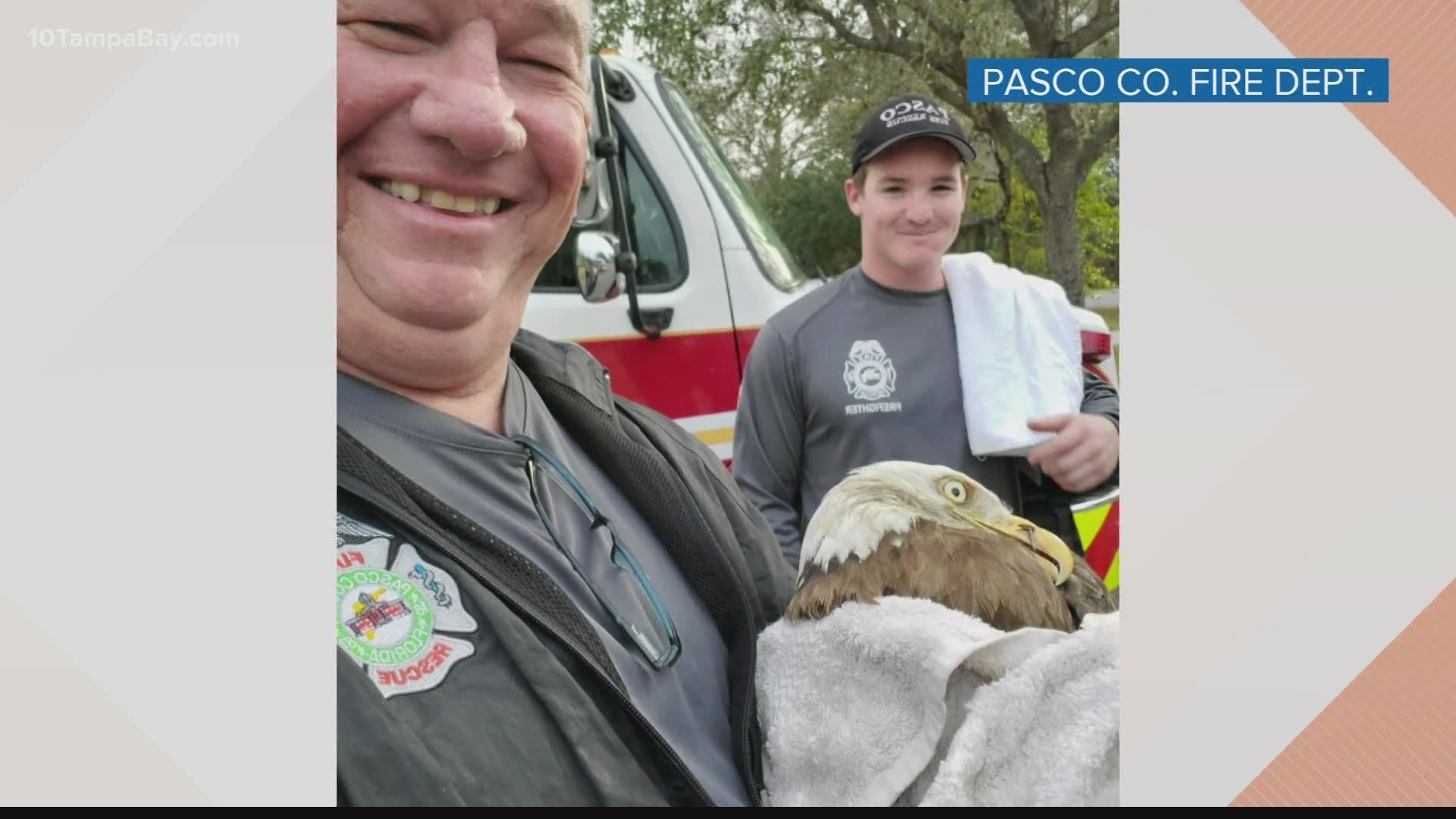 ODESSA, Fla. — A bald eagle in distress is now recovering after the Pasco Fire Rescue, some good Samaritans, and the Owl’s Nest Sanctuary stepped in to help.

On Thursday afternoon, firefighters at Station 21 say they had a knock on the door from two children holding an injured bald eagle in their arms. After taking a closer look, firefighters were able to find that a fishing hook was through the eagle’s beak and wrapped around its wing.

With its beak and wing being tied up, the eagle was unable to fly or eat so firefighters called in the Owl’s Nest Sanctuary for Wildlife in Odessa to assist in caring for it.

When the eagle is stable, it will go to Busch Gardens for care until veterinarians clear the eagle’s health and release it back into the wild near Station 21.

#GoodNews: Pasco County Fire Rescue assists with the rescue of a Bald Eagle wrapped in a fishing line. The Eagle was dehydrated and unable to eat. Read the whole story here: https://t.co/BdGszdaIiu pic.twitter.com/LYFjmXFH4B

Florida Fish and Wildlife reports that Florida has one of the densest bald eagle populations out of the 48 states they nest in. As of 2014, there were nearly 1,500 nests documented in the state. Bald eagles and their nests are protected by state rule and federal law.