It's said to be ‘one of the deadliest and most challenging forms of cancer to treat,' yet Andy Simon keeps beating the odds. 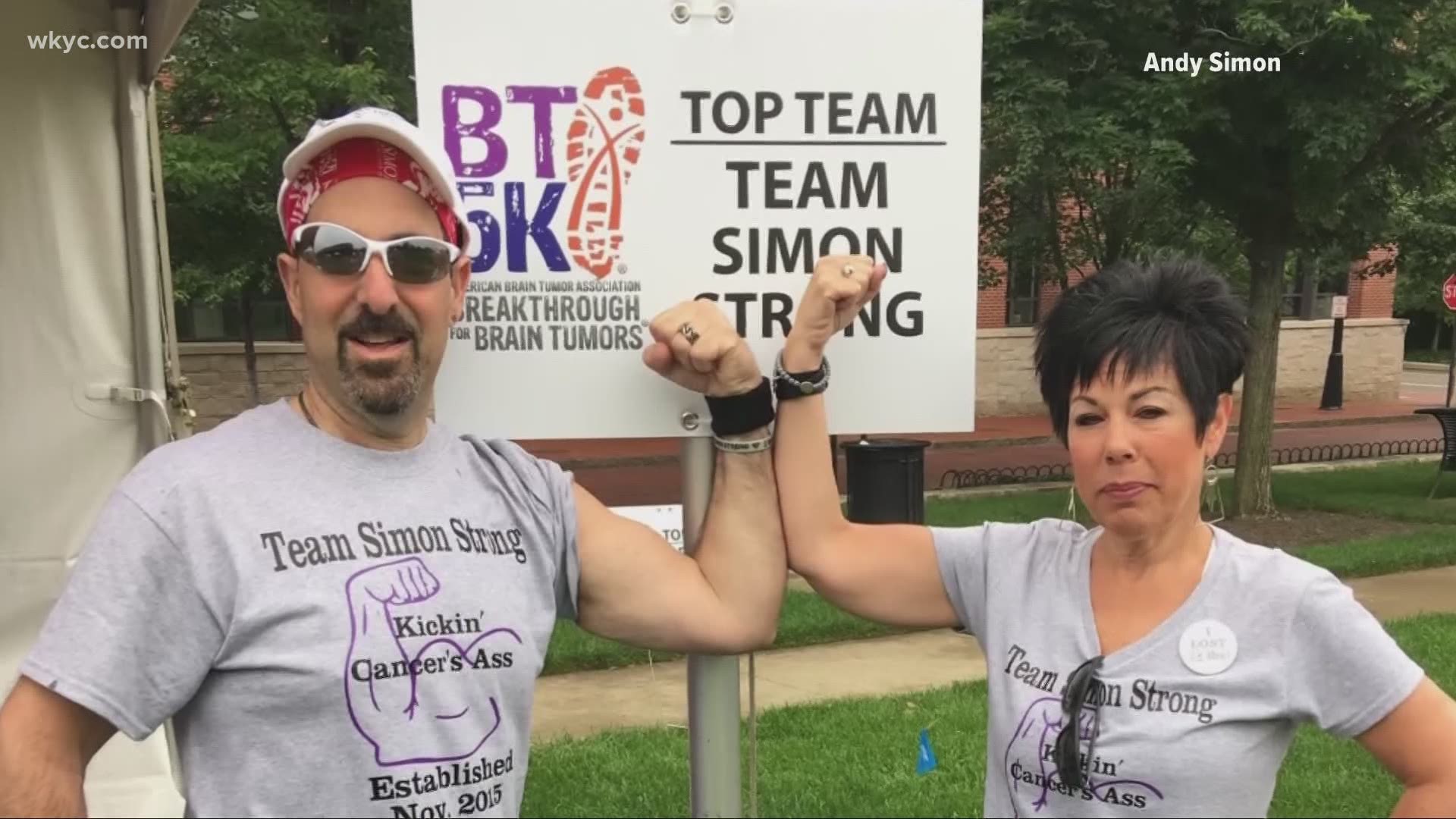 BEACHWOOD, Ohio — It's said to be ‘one of the deadliest and most challenging forms of cancer to treat, but a local man is beating the odds.

“Never said why me, it’s more like why not me, there’s a reason,” says Andy Simon of Beachwood.

Five years ago, Simon was diagnosed with glioblastoma multiforme (GBM grade 4).  According to University Hospitals, patients ‘typically survive an average of 12 to 15 months.’

“I had one moment of tears and then I never looked back,” explains Andy’s wife Amy.

A news release from University Hospitals explains one of the treatments:

“Radiation and chemotherapy are the standard of care following a craniotomy for GBM.

Simon also took advantage of a novel phase I clinical trial that involved genetically engineering his own blood cells to express a mutant protein that made them more resistant to chemotherapy enabling him to safely withstand steadily higher doses of toxic chemotherapy through six rounds.  While this phase I trial was designed only to show safety and feasibility, the median survival of the participants was 3.3-fold higher than anticipated based on case-matched historical controls with GBM undergoing standard treatment.

A new clinical trial, funded by a $2.3 million grant from the National Cancer Institute and based on the gene therapy Simon participated in, will open at UH Seidman Cancer Center in the next few months.”

Simon is now a five year cancer survivor. He wore a full Superman costume for his final treatment in 2016.

The superhero theme began after returning to work less than two weeks after brain surgery.  “One of my co-workers saw me, they didn’t know what to expect, they just pointed at me and said you’re back? Man you’re like Superman, I thought about it all, pun intended, it just took off from there,” explains Andy.

“Unfortunately a few close friends were diagnosed with the same type of cancer and are not here, they didn’t make it. So I’m fighting, continuing to fight the battle that they’re not here to fight anymore.”

He’s a real life Superman fighting a battle most lose. Tonight at 11p on @wkyc a celebration for a local man diagnosed with a rare form of cancer and the groundbreaking Cleveland research that helped him get there. #whatsnext #wkyc. pic.twitter.com/8A5QPDwmX6