Adrienne and Luke Thomas are the reigning DCFS Area 7 Foster Parents of the Year. They are advocates for fostering and adopting sibling groups. 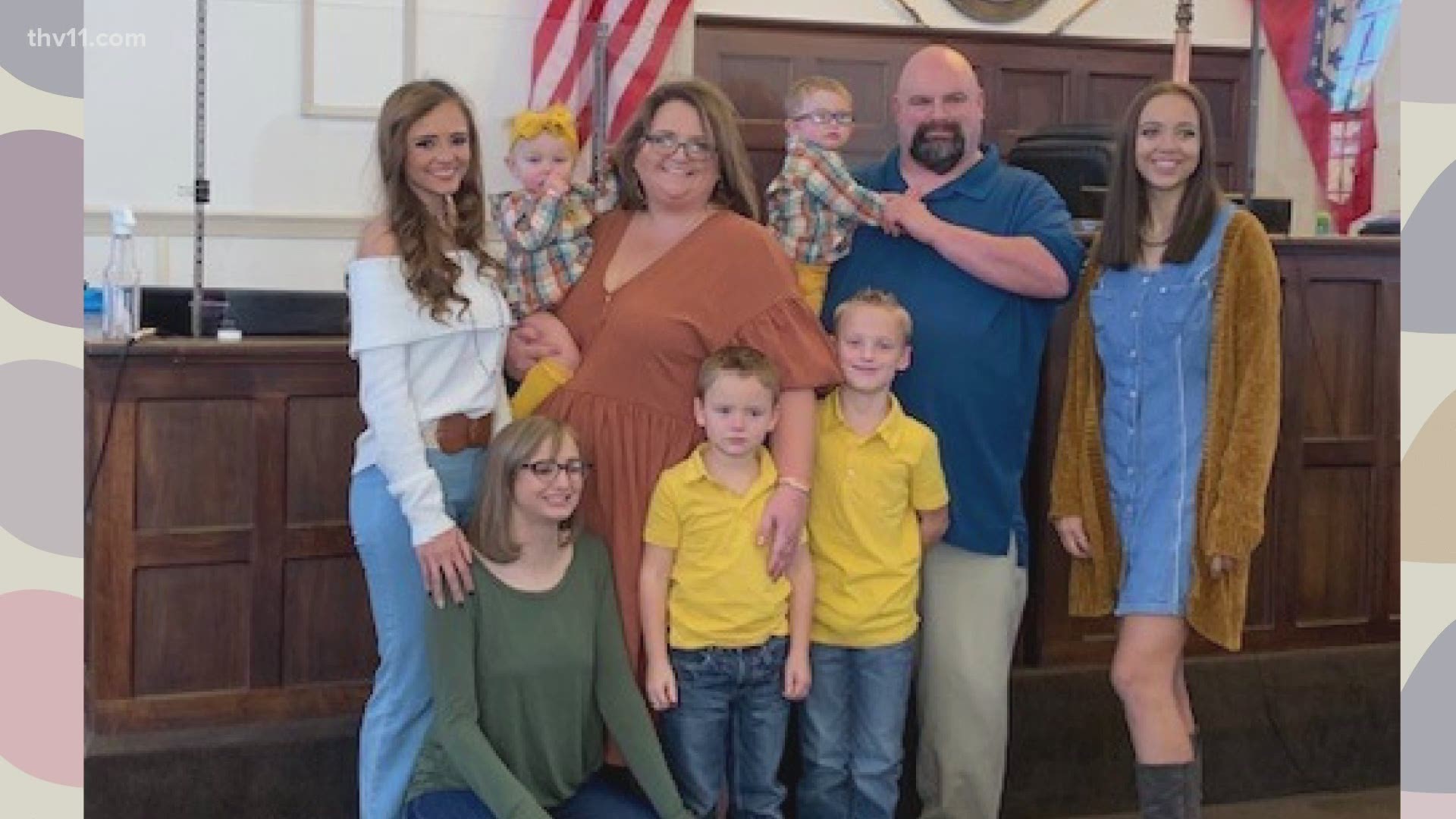 LITTLE ROCK, Ark. — November is National Adoption Month, and there are currently 329 children in Arkansas in need of an adoptive home. One of the most critical needs of the Division of Children and Family Services is adoptive homes for siblings.

Adrienne and Luke Thomas currently have seven children in their home and have adopted multiple sets of siblings. They both have full-time jobs and Adrienne says they work together as a team, along with a great support system, to divide and conquer the responsibilities for each child.

Adrienne felt convicted to start being foster parents because of a sibling set that was separated at the school she was teaching.

"The sister loved her little brother and she took that role of taking care of him extremely seriously, says Thomas. "The day that they were split up, it broke my heart because I could only imagine how she felt."

Adrienne believes sibling adoption can help peace together their history, which gives a child a little bit of who they are and where they came from.

"It’s nice to know that you are not in this world alone," says Thomas. "There is someone who has gone through the exact same thing you did, and they are right there beside you."

"There is nothing like walking out of the courthouse and knowing that it is done, and they are officially yours," says Thomas when asked about her favorite adoption memories. "You just feel like 1,000 weights have been lifted off your shoulders."

"If you don’t say yes, who will?" says Thomas. "I am so thankful I said yes because I have seven of the most beautiful, awesome kids in the world. It is our responsibility as human beings to be kind and show love."