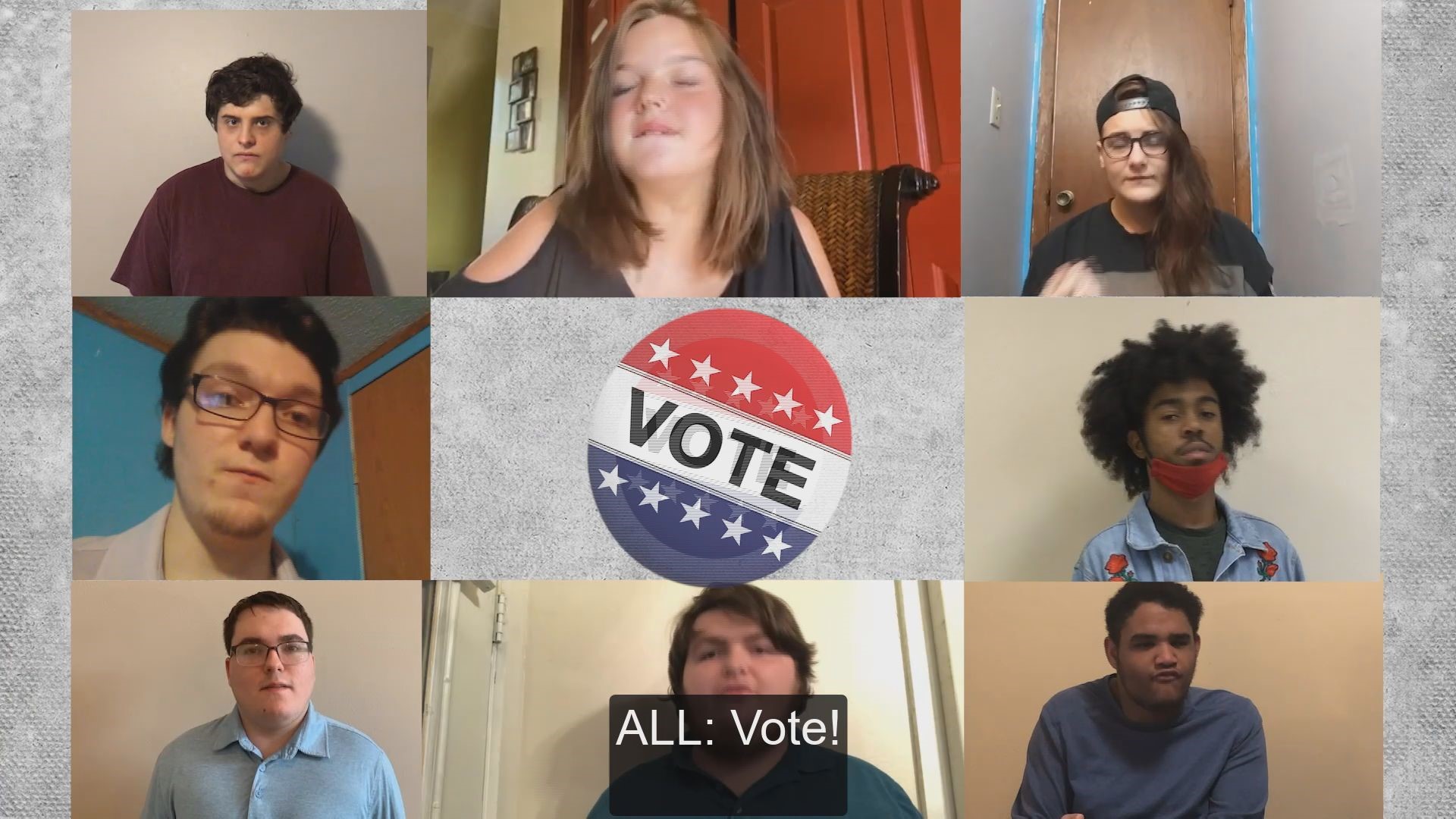 After the film camp was cancelled in April due to COVID-19, a group of nine students eagerly attended four virtual sessions with Joey Travolta and members of Inclusion Films to create a public service announcement intended to raise awareness of voter rights and to remind voters that every vote counts.

Students brainstormed and pitched ideas, wrote scripts, participated in filming exercises, and then shot the video for the PSA.

The project idea came to Deb Swink, Special Education Supervisor for Shirley and South Side Bee Branch School Districts, who wanted the students to still get some film-making experience.

"We have been really pleased with how our students go through this film camp experience and come out different little people,” says Swink. "It does so much for them."

Swink approached Arkansas Transition Services, a group that co-hosts the annual Film Camp, and together they worked out logistics with Inclusion Films. The project allowed these students from around the state, who originally signed up for Film Camp, to experience the art of filmmaking.

Actor Barry Pearl, Joey Travolta, video editor Chris Duguay, and cinematographer Danny Sorvino all shared their firsthand knowledge and expertise to help these students understand the power of using filmmaking to share powerful messages to a large group of people.

"Part of our work is getting kids to see what is out there, learning how they can use their skills, and seeing that they can do things they might not have thought they could," says Bonnie Boaz, Transition Coordinator of Arkansas Transition Services.