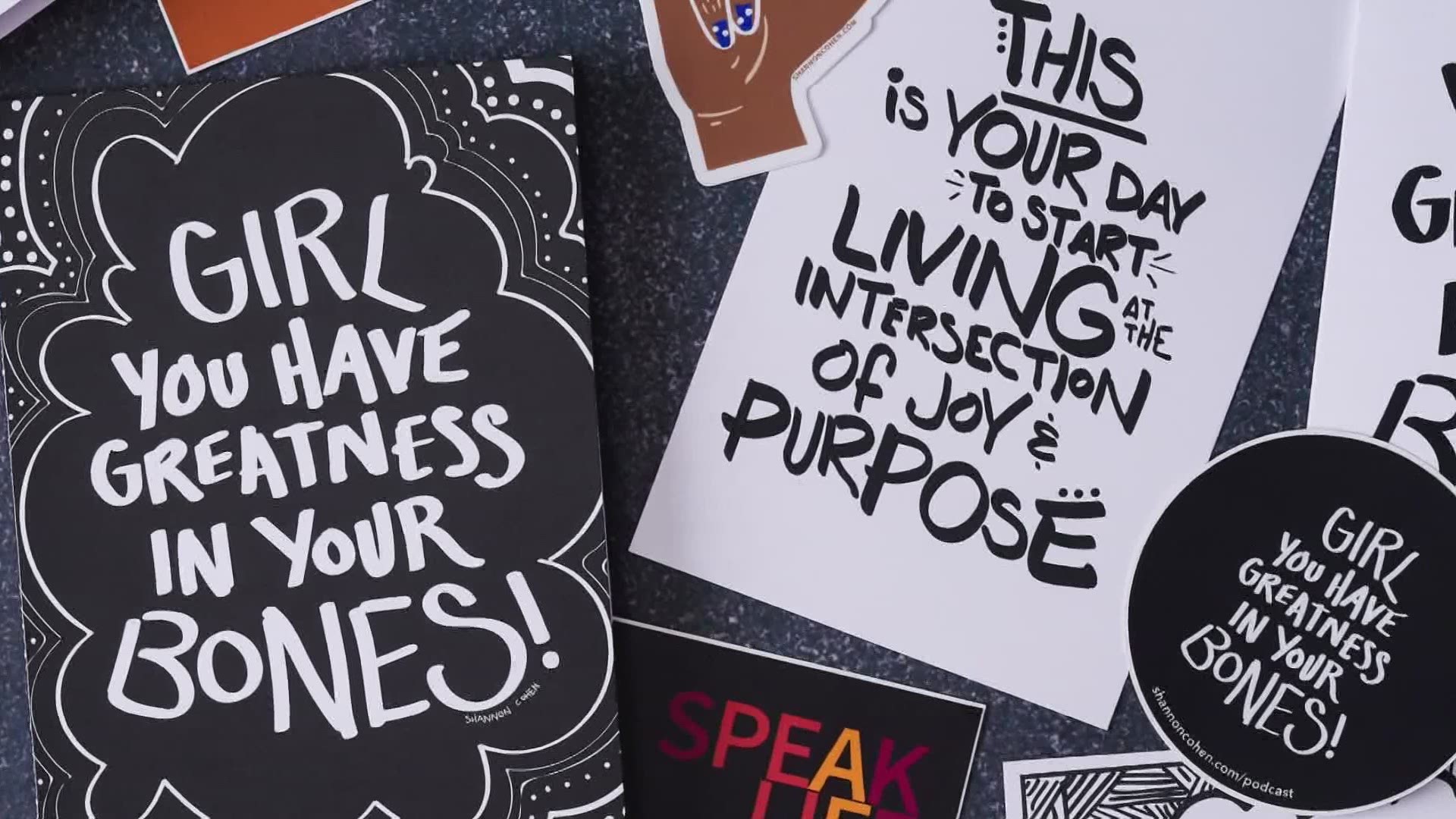 Cohen, the local entrepreneur behind the Tough Skin, Soft Heart brand, has landed a big deal with the greeting card company. Her signature inspirational greeting cards are now sold in more than 1,700 Target Stores around the country.

"To be able to have greater accessibility through a partner like American Greetings and Target is like mind blowing," says Cohen. "And, while I'm elated that we're in Target, this has been 5 years in the works. We started this card line in the basement of our home on an idea, and on a dream that we wanted to create our signature brand of inspiration and a strategy to meet people where they are." 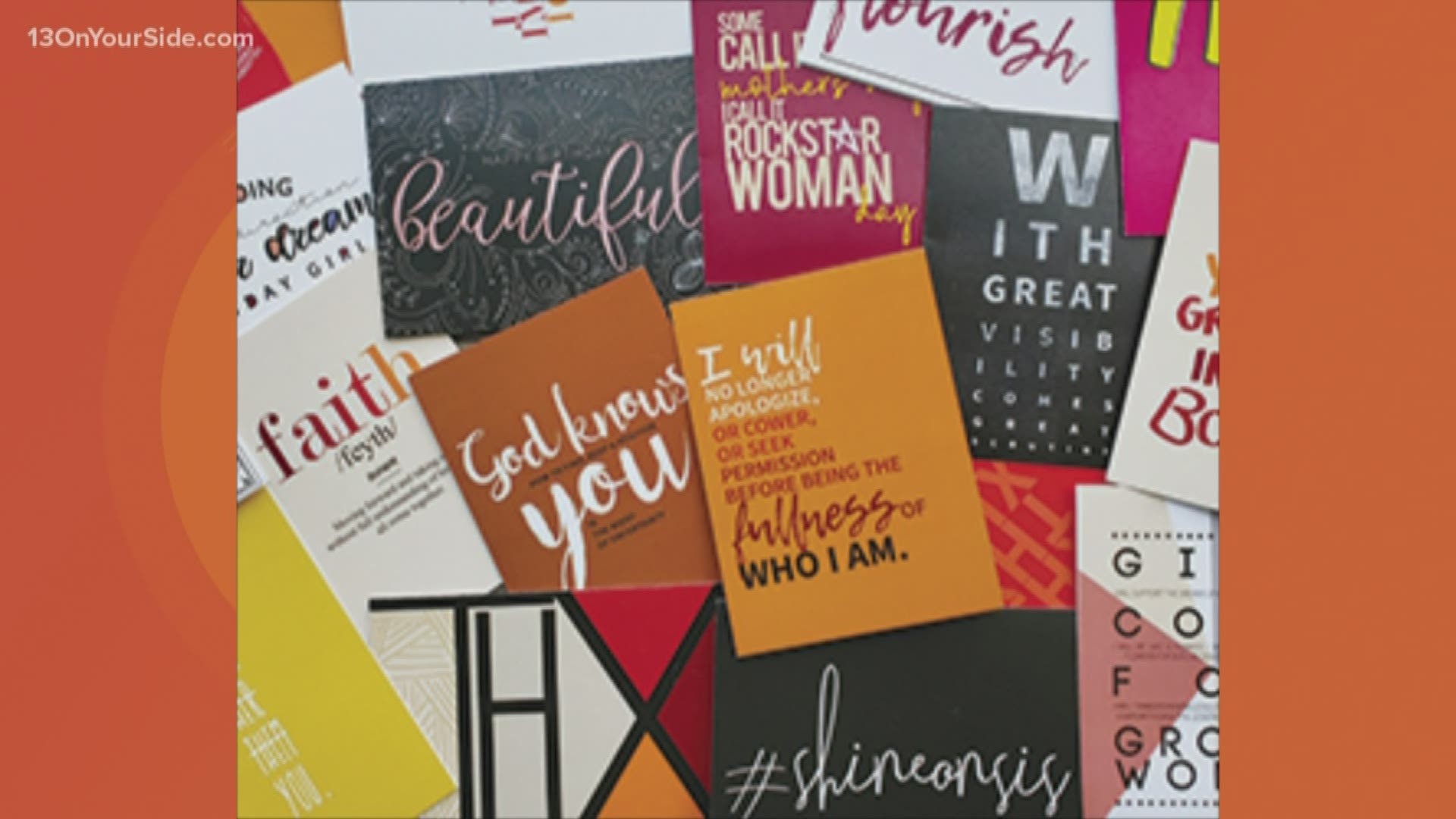 Cohen was elated when she, with her husband and son by her side, walked into the Cascade Target located at 5120 28th Street SE, to see customers had purchased the greeting cards on the shelves at that time.

Duriel Cohen, Shannon's husband, says he is excited for his wife and grateful that he gets to make this journey with her.

"You know, it's something that we've always talked about. But, once it actually happens, it still feels kind of surreal," he says. "Like she said we're grateful. We're grateful to everybody who sees the value of the words that she shares on her cards. It's kind of like I imagined, coming in. I didn't expect them to last long. It probably won't last long at many of the stores, especially where a lot of stores where the Tough Skin, Soft Heart family is at.

The community of supporters, which the Cohens refer to as family, are equally excited for her success. Cohen has built up a following over the years through her books, blogs and other inspirational products. Michele Hill, a long-time fan and member of Cohen's faith community, wanted to be among the first to purchase Cohen's cards from Target.

"I came the other day and I got two of them. I really enjoyed them, so I came back today to get some more and I can't find any more, they're all sold out," she said. "It is so cool to start seeing people of color in these stores and I like to support them. My daughter is from the East Coast and she sees it all the time. I keep telling her I don't see that all the time, but it is growing. It's growing."

A Target store manager says people started asking about the cards well before they hit the stores. Cohen describes her cards as "anthems of courage and hope."

"We firmly believe that words heal and words transform. For many of us, we've experienced the hurt that can be caused by words, but I think there's power, that words are balm," says Cohen. "Words can be medicine. A well-placed word can change a  mood and change our disposition. And, so we hope that every message that we create inspires people to believe in the possibility of them, and to remember that there's greatness in their bones and to speak life to the dreams of their own soul."

Shannon Cohen says her journey is not over, but she hopes her success can help pave the way for other entrepreneurs to follow.

"The greeting card industry is very complex. I think that the magic for us has been to start where we are, to start imperfectly, to grow and refine and to refine and perfect," she says. "And, that's kind of been our mantra over the past 5 years. It's expensive to step into this industry, but we started where we were and with what we had, and now we're here at 1,753 Target stores nationwide and I'm really thankful."