Betsy Broyles Arnold joins Theba Lolley for a conversation about the origin story and mission of the Broyles Foundation. 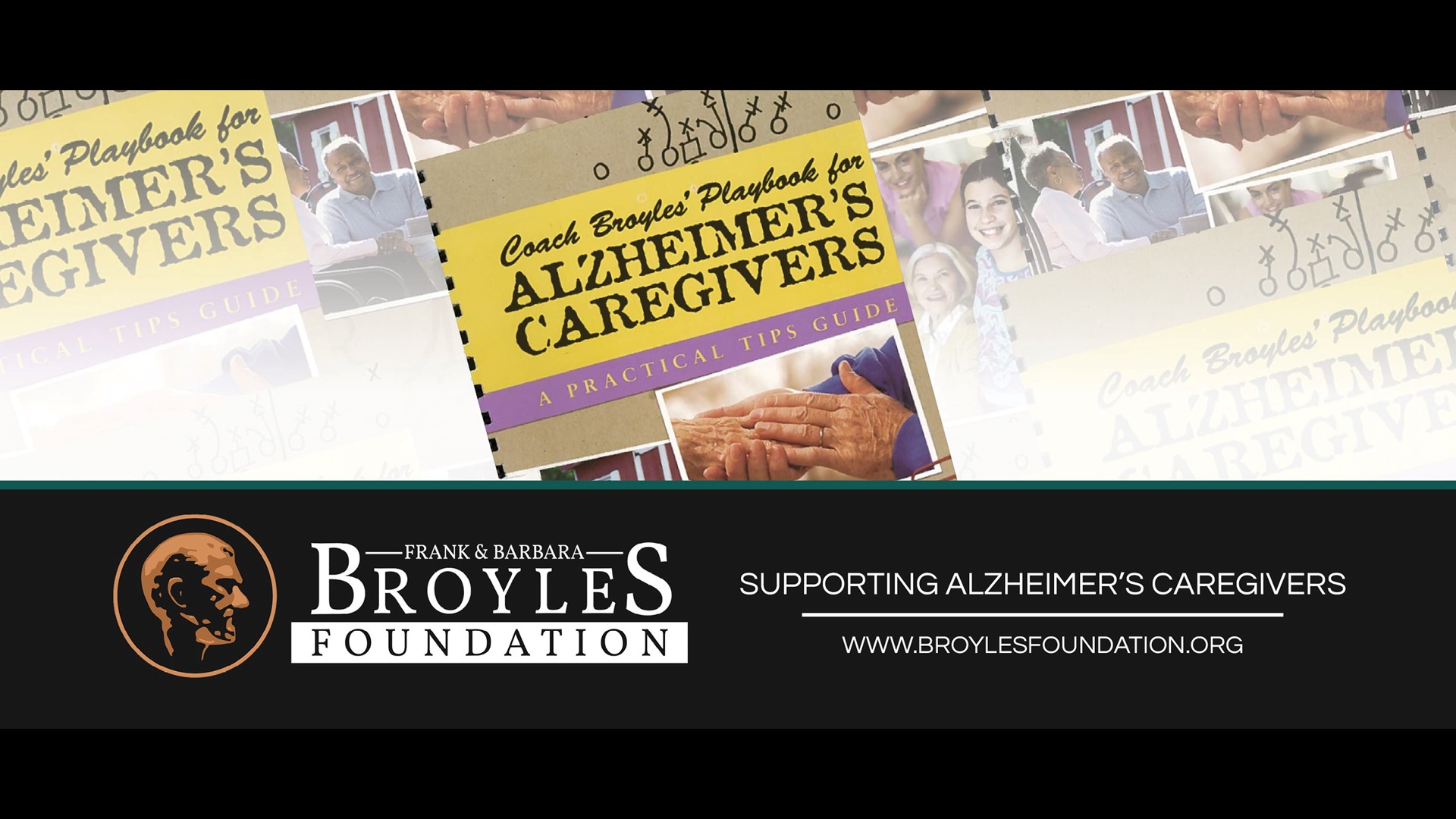 LITTLE ROCK, Ark. — Frank Broyles is well-known as the head football coach and athletic director for the Razorbacks. His daughter is working to establish her late father’s legacy through a different kind of playbook.

Broyles' legacy lives on for others through the work of The Broyles Foundation, which provides resources for professional and family caregivers of those with Alzheimer's.

Betsy Broyles Arnold joins Theba Lolley for a conversation about the origin story and mission of the Broyles Foundation.

Betsy's mother developed the disease in the 90's, and her father was very involved along her Alzheimer's journey.

"He kind of took himself out of the center of the circle and put my mom in it," says Arnold.

After her mother passed away, they became a mentor for other families going through the same thing. Her father came up with the idea of writing a book and told Betsy and her sister to write down everything they could remember.

"Coach Broyles' Playbook for Alzheimer's Caregivers" came out in 2006. It includes helpful information and tips for families with loved ones who have Alzheimer’s disease.

Frank Broyles said Arkansas had been so good to him and he wanted to give back. They raised enough money to print 100,000 copies of the book and give it to people across the state.

"We were a little bit shocked at how well the book was received," says Arnold. "The next thing we knew we were needing more books, so we raised the money and printed half a million copies."

Since then, the book has been translated into 11 total languages.

"When I posted that I had met you and gotten a copy of your book, I was pleasantly surprised at how many people said how the book has helped them," says Theba Lolley.

Betsy, her father, and her daughter traveled around the country for years doing a multigenerational talk, and that is when Betsy discovered her father developing the disease as well.

The Broyles Foundation offers free counseling that is available 24/7.

"We are just honored to help anybody in any way with the playbook, a resource, or a phone call,” says Arnold. "If you are in a crisis, you can text me ‘HELP’ and it gives me permission to walk out of anything that I am doing."

Click here to get your own copy of the Playbook.