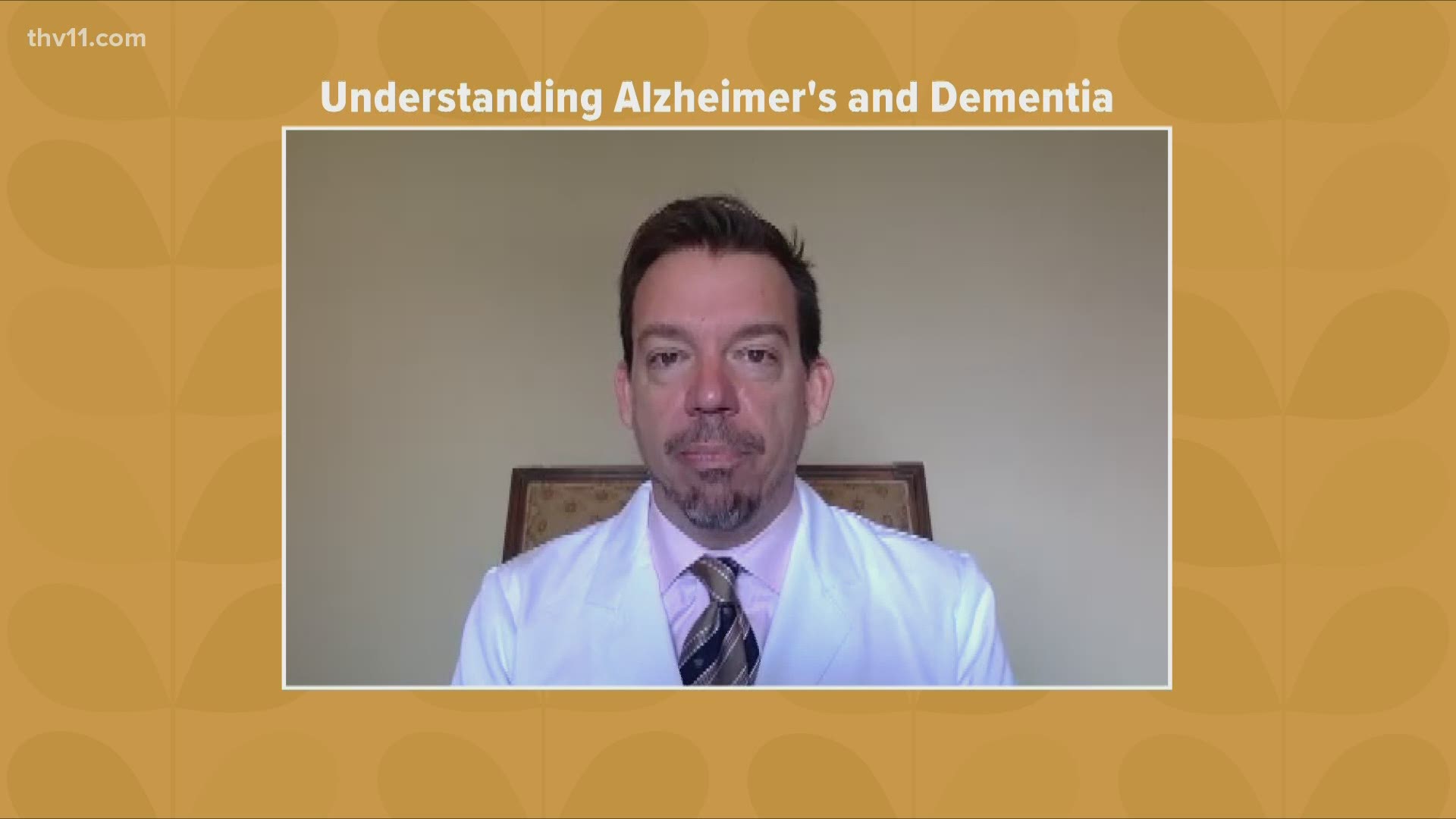 LITTLE ROCK, Ark. — When a loved one is diagnosed with Alzheimer’s or other dementia, it is important to understand the terminology so that you can take the right approach for next steps.

"There is a lot of understanding that goes into the diagnosis and symptoms of Alzheimer’s and Dementia," says Theba Lolley.

"Anytime you are going to have a conversation about a subject as important as Alzheimer’s disease, you should get the terms down first to be sure that you are communicating effectively; not only with your family, but with the healthcare system itself," says Dr. Sauer.

Dementia is an umbrella term for an individual’s changes in memory, thinking or reasoning.

"The term dementia is used in a lot of different ways, which can make people confused on what it is," says Dr. Sauer. "Dementia itself is a syndrome or a constellation of symptoms which cause a person to have an impact on their life."

Dementia is a syndrome:

"When people say that someone has dementia, that refers to just those symptoms," says Dr. Sauer. "Then, it is imperative that we find out what the diagnosis is; what is the process that is causing those symptoms, and that’s where we actually name the disease."

"It's important both to help patients and families to differentiate which illness you actually have because they have different pathways and different symptoms," says Dr. Sauer. "There are different needs for preparation and it is important because people have a lot of important decisions to make."

Alzheimer's Association is available to talk with you about what you may be going through. The 24/7 helpline number is 1-800-272-3900 and resources are available on their website and Facebook page.