Without help from the Coast Guard and the Gumbo Limbo Sea Turtle Rehabilitation Center, the sea turtles would have died after they washed up on the Atlantic Coast. 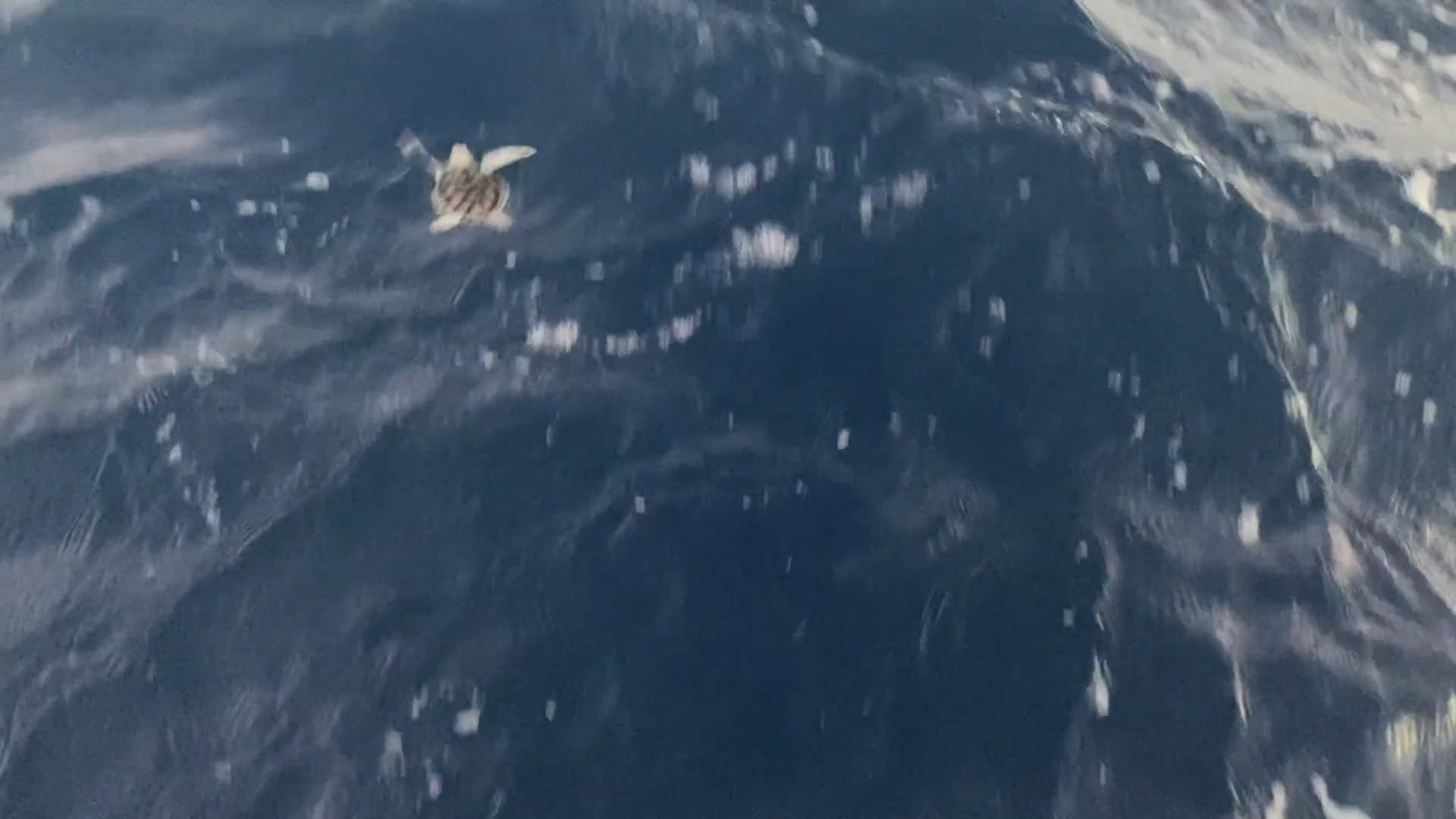 The Coast Guard worked alongside the Gumbo Limbo Sea Turtle Rehabilitation Center, headquartered to Boca Raton, to release the Green, Loggerhead and Hawksbill turtles directly into the ocean.

According to the Coast Guard, the turtles, after hatching from their eggs, attempted to make the perilous trip into the ocean during nesting season, but were blown back to shore. These turtles, whose ages range from only a few weeks to several months, are called washbacks. Many of the washbacks are injured by predators when they are found on the shoreline.

"Many of these turtles do not make it due to various obstacles they need to overcome, which is why sea turtles have such large nests," said Whitney Crowder, the sea turtle rehabilitation coordinator with Gumbo Limbo Nature Center . "We are giving them a better chance to become an adult by releasing them offshore and as close to the Gulf Stream and their habitat, as possible."

The turtles were housed in several sea turtle hospitals along Florida's Atlantic Coast, all governed by the Florida Fish & Wildlife Conservation Commission. Once in the hospital, the washbacks are housed in a hospital tank and given food until they regain enough strength to survive the Gulf Stream habitat.

"Since the pandemic, we've had a hard time finding volunteers to assist us with sea turtle releases," Crowder explained.

However, the men and women of the United States Coast Guard were happy to assist.

According to the Coast Guard, boaters should keep in mind the following tips to help protect vulnerable turtles