Young fan with speech disorder gets assist from the Blues

Rory Demeter has Speech Apraxia making it difficult to communicate. But he's making great progress thanks to a speech therapist and his favorite team. 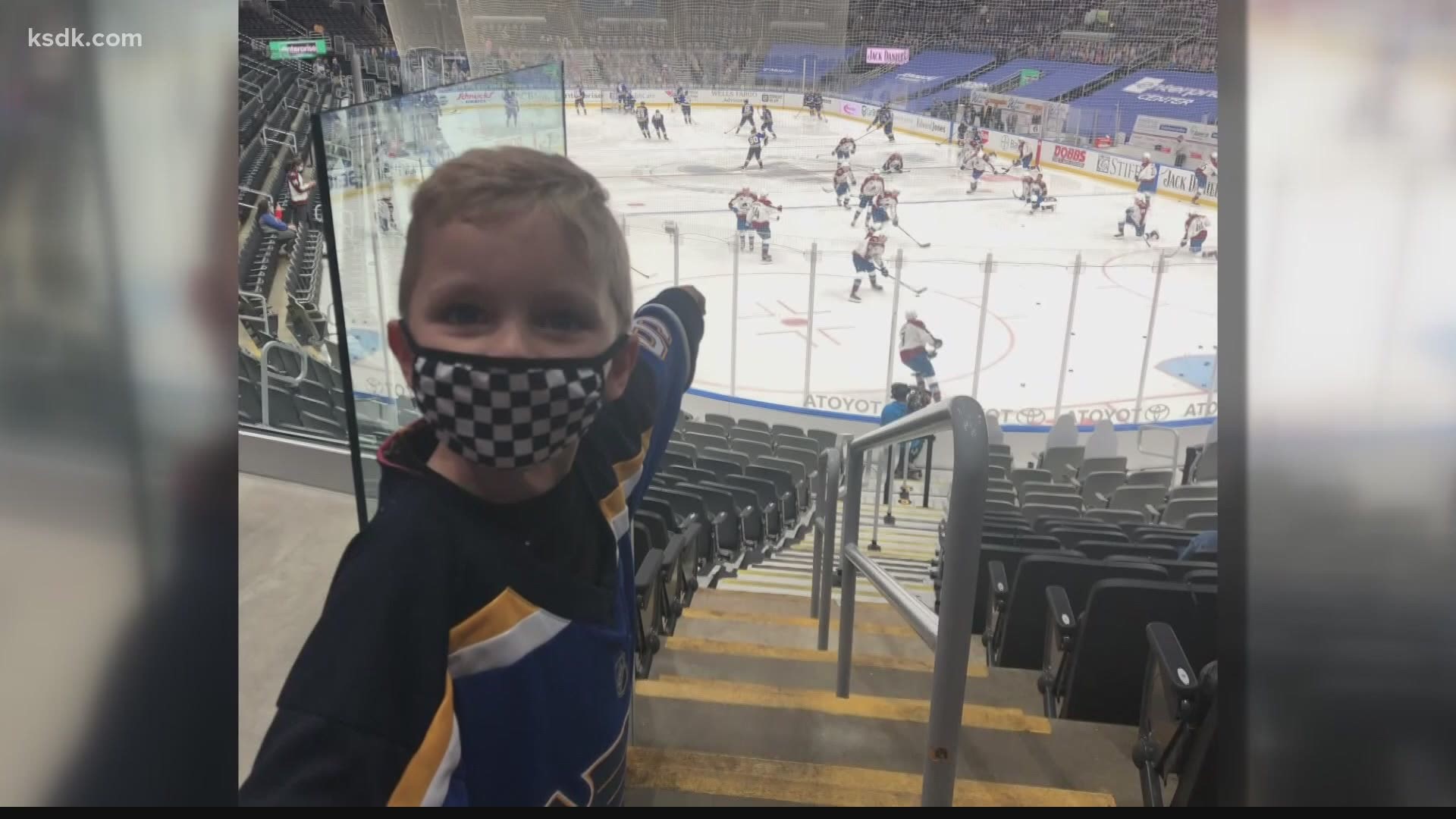 That's certainly the case for 5-year-old Rory Demeter.  When he first started speech therapy, it was a struggle.

"He was very limited," explained his Speech Therapist Julia Crutchfield. "He really had no vocabulary like you would see with a typical child."

When Rory was just three he was diagnosed with Speech Apraxia, a motor speech disorder that makes it difficult to form words.

"It was hard, especially around the neighborhood. People that didn't know him look at you and were kind of like 'What did he say?'" recalls his mom Jamie Demeter.

The problem isn't how Rory thinks but how his brain tells his mouth muscles to move. His other muscles move just fine.

If they made a Zamboni for a garage, it would be low on gas. Rory spends hours playing hockey at home.

Since that is pretty unusual for a 5-year-old, Mrs. Crutchfield decided to turn that passion into purpose.

Working with Rory three days a week at the Ft. Zumwalt Early Childhood Center, she started using the Blues in her lesson plan.

"He started pointing to the numbers saying, 'Hey I know that guy, he's a good player,'" remembers Crutchfield.

Keep in mind, hockey names are often hard to pronounce. But one night, a few weeks later Rory surprised his mom by saying a player's name. A player from Russia.

"He said Tarasenko. I was like 'What? What did you just say?' 'Tarasenko mom!'" Jamie said.

We spent just a few minutes shooting it around and though it was one on one, Rory clearly had the man advantage.

When I asked him, "Do the Blues have a player named Colton?". He immediately said "Parayko". Clear as a bell.

Speech Apraxia is not a problem that children outgrow. Improvement takes hard work but Rory is in the attack zone.

"He's really trying harder and it is exciting as a teacher to see him really take off," explains Crutchfield.

A 5-year-old boy scoring big against his toughest challenger. And credit a hockey team and a teacher with the assist.