Plus, Dwayne ‘The Rock’ Johnson’s daughter doesn’t know he is Maui from Moana. 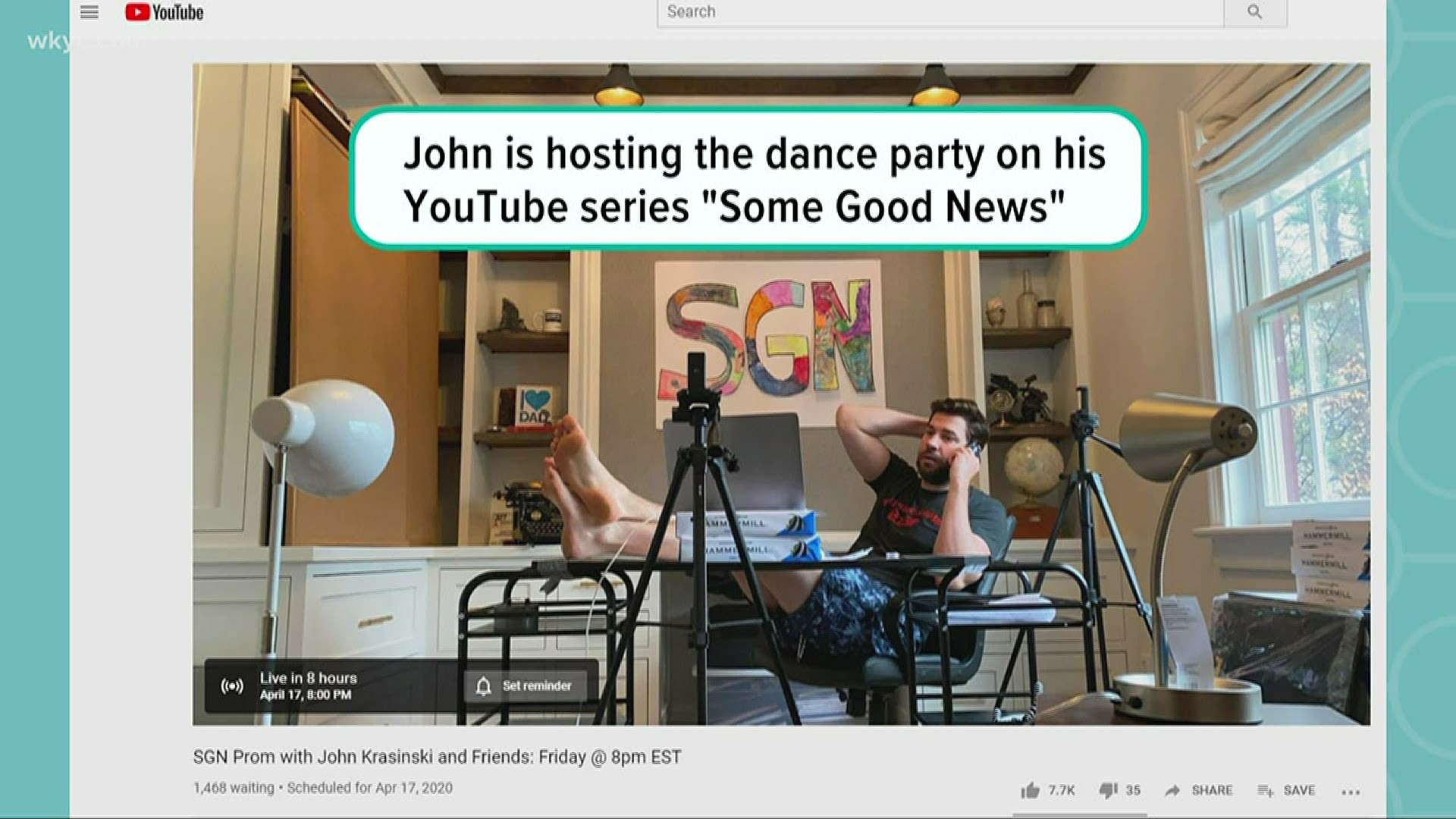 The high school class of 2020 may be missing out on their prom, but John Krasinski is stepping in at the eleventh hour to salvage the tradition.

Krasinski is hosting a ‘virtual prom’ on Youtube tonight starting at 8:00 p.m. and he will be the DJ for the evening. The ‘Jack Ryan’ and ‘The Office’ star has also teased some pretty special guests, but no names have been confirmed just yet.

The ‘prom’ is part of Krasinski’s new Youtube show ‘Some Good News’ where he promotes good things happening all around the world.

RELATED: John Krasinski and friends to host virtual prom to cheer everyone up

Last night ABC held their Disney sing along, and while many viewers were excited to see Ariana Grande, Donny Osmond, and the cast of High School Musical, no one quite expected Beyonce to show up and sing ‘When You Wish Upon a Star.’

Fellow guest on the show, Darren Criss even tweeted ‘Fun fact: asked if I could do When You Wish Upon A Star. They said “that’s impossible to get cleared” which was either the nicest way to tell me “please don’t” or it was actually true and it’s just nothing is impossible if Beyonce wants to do it.’

The sing-along benefitted Feeding America, and even Kim Kardashian West said that she was a big fan of Beyonce’s rendition of the ‘Pinocchio’ classic calling it ‘so beautiful.’

Speaking of Disney, most people know that Dwayne ‘The Rock’ Johnson voices demi-God Maui in the film ‘Moana,’ but apparently his daughter is not one of those people.

‘The Rock’ says that although he sings the song ‘You’re Welcome’ all the time, his daughter still does not know that it is him in the movie.

The action star also says that in a time like this, singing and having fun with your kids is what parenting is all about. His advice to parents just trying to get through this? Get your sleep and cocktails when you can.

RELATED: Demi Lovato opens up about her overdose, Jane Goodall talks Harry and Meghan’s life without senior royal duties, and Brad Pitt gives back on HGTV

RELATED: What to binge-watch this weekend: April 10-12

RELATED: Pop Break: 'Tiger King' is getting a sequel, how to watch the new 'Trolls World Tour,' & 'The Bachelorette' has officially been postponed