Steve the Hedgehog has done everything from relive the Titanic to slay dragons to draw self portraits. 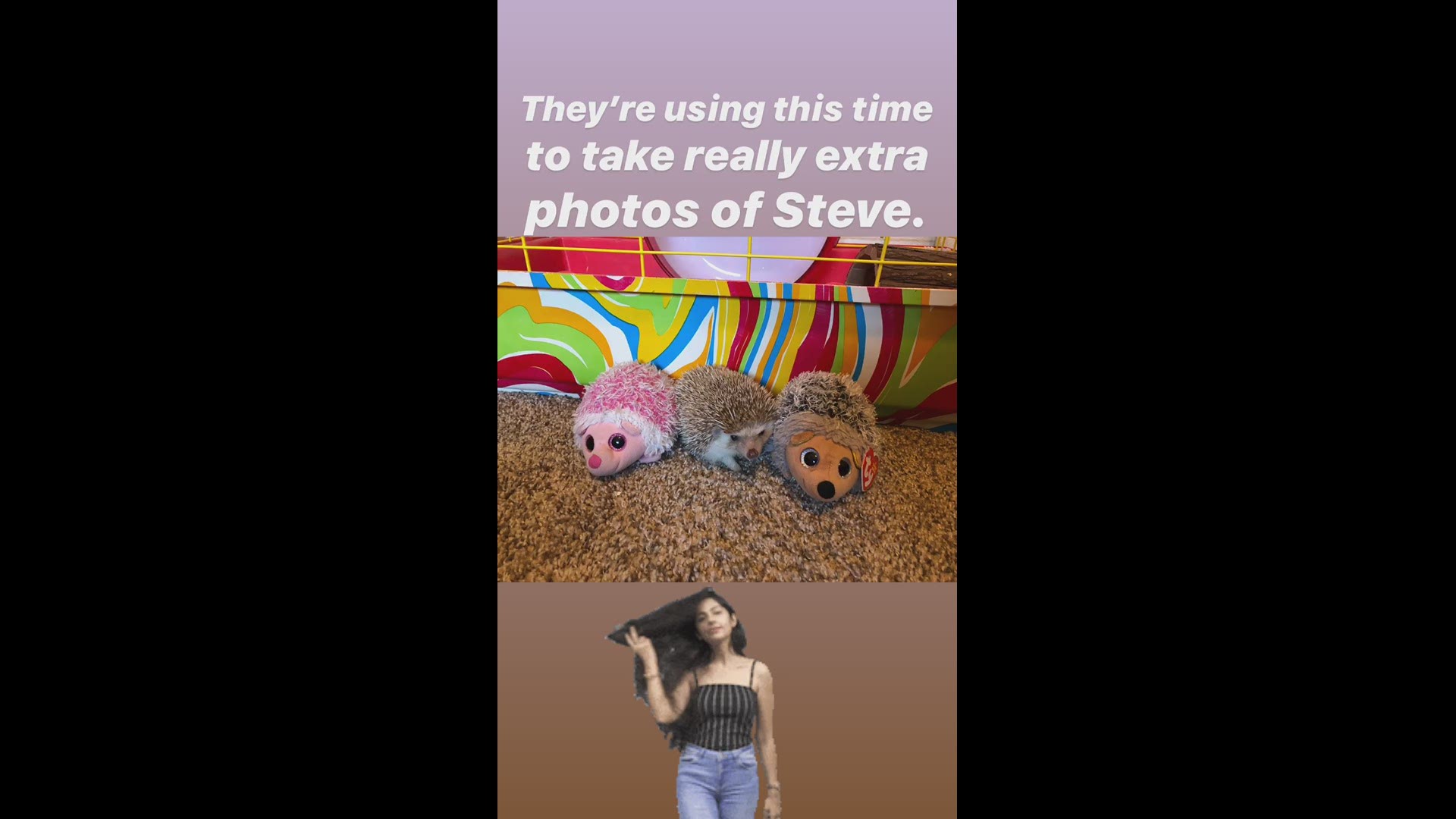 He's also done more than just watch a Harry Potter marathon. Also, this is where we should probably mention that Steve is a hedgehog who lives in Sedalia.

His family has been spending their time social distancing taking creative and ... dare we say ... very extra photos of Steve going on all sorts of adventures.

Steve’s mom, Kim Krueger, said he’ll be celebrating his first birthday on April 14. Colorado's stay-at-home order extends until at least April 11. The hedgehog has a sibling named Peppermint, and belongs to Kim’s 11-year-old son Alex (the family has another son, dogs and goats ... so it's a full house).

RELATED: No prom? No problem for a Louisville high school senior

RELATED: VIDEO: Boy and grandfather 'want to break free' while jamming to Queen on video chat

Krueger said they’ve been trying to make their Steve photoshoots fairly simple, and they have been doing them before Alex and his brother start remote lessons for the day.

Keep scrolling for photos of Steve! How have you been entertaining yourself while doing the right thing and staying home? Email your photos to yourtake@9news.com or by texting them to 303-871-1491!

Steve didn't get his Hogwarts letter, so he took matters into his own hands

Playing the role of an essential construction worker

Steve is not a pawn in your silly little games.

A hedgehog and a dragon slayer!

Thanks for making us chuckle, Steve! We love seeing people being creative and keeping their senses of humor during these difficult times.

And again: Send your creative photos or videos to yourtake@9news.com.