A good fit | Abandoned dog with 3 feet gets prosthetic foot

This week, an extra special pup got the help he needed. Roger was found abandoned on a dirt road in Stuttgart. He's an adorable, brown pup with one specific detail: he only has three feet. 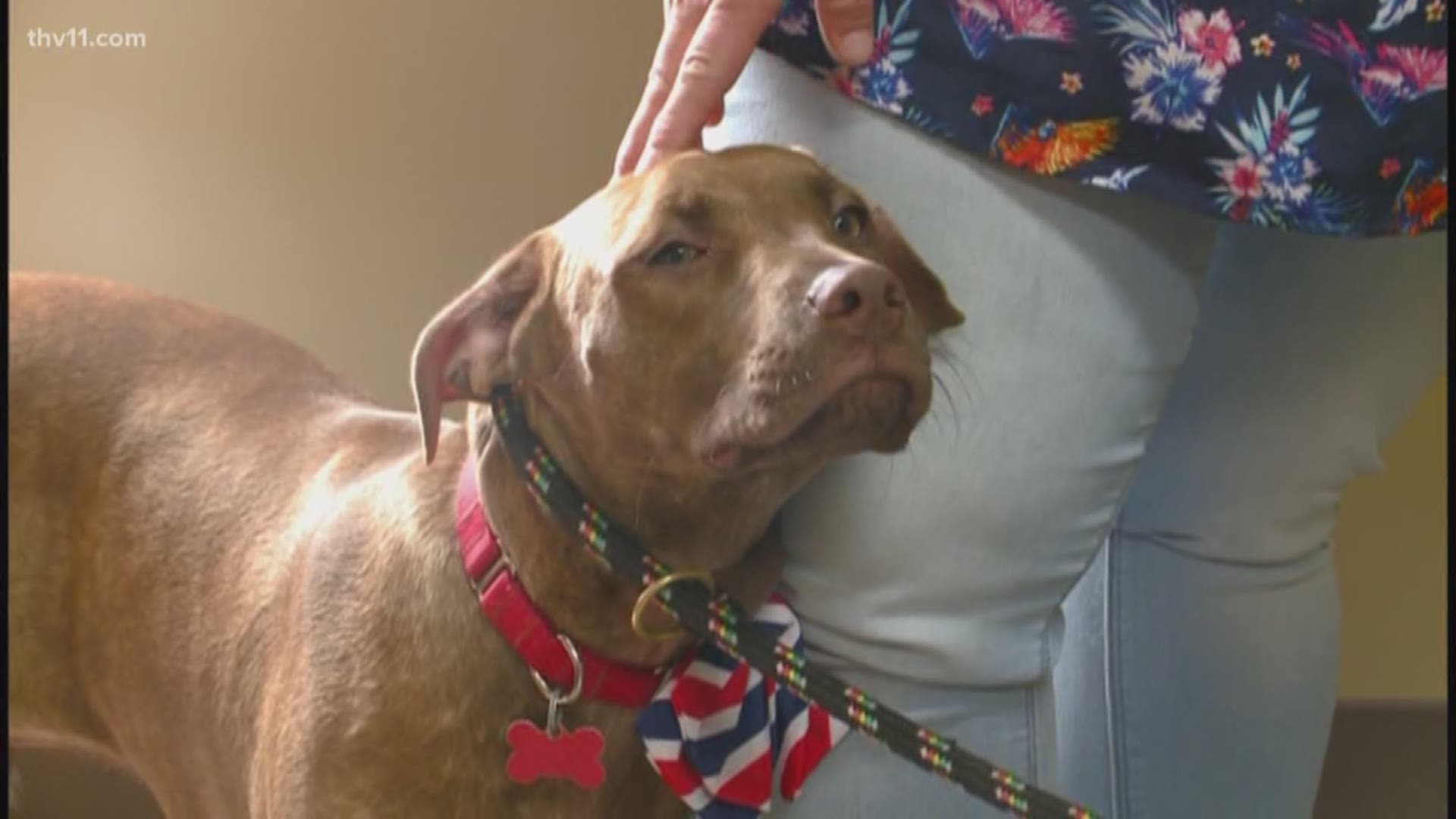 LITTLE ROCK, Ark. (KTHV) - Sometimes we just need a helping hand -- or in this case, a foot.

“A lot of dogs are overlooked in the shelter because of their health conditions, but they’re easily remedied with the proper vet and health care,” Carolyn Gunn said.

She’s a volunteer at Rescue Road, a local non-profit that redirects dogs from overcrowded shelters to safe, adoptive homes.

This week, an extra special pup got the help he needed. Roger was found abandoned on a dirt road in Stuttgart. He’s an adorable, brown pup with one specific detail: he only has three feet.

Rescue Road isn’t sure if he was born that way, or if he suffered some sort of trauma. But his foster mom, Allyson Dillingham, says it doesn’t affect his bright personality one bit.

“He’s great! He’s super sweet and affectionate, he loves to snuggle and play and run around. He’s just your typical puppy,” Dillingham said.

Dillingham contacted Rescue Road to see if they had any ideas on how to find something to help Roger get around.

Gunn reached out to Snell Prosthetics & Orthotics in Little Rock, asking if their team could make something happen. Prosthetist Jason Eddy was up for the challenge, measuring and molding a back right prosthetic foot for the dog.

Roger tried on the prosthetic for the first time Tuesday. It will take some getting used to, but volunteers with Rescue Road hope with a little practice, he’ll adapt to it quickly.

“We just try to give these dogs the best chance they can possibly have,” Gunn said.

“Roger's life is going to be infinitely better just from the generosity of this company,” Dillingham said. “I know there will be a line of people waiting to adopt him in Boston. He’s going to have the most beautiful life, for sure.”