You've probably heard of Tacos 4 Life. Great food, and an even greater mission. But do you know the people behind the story? 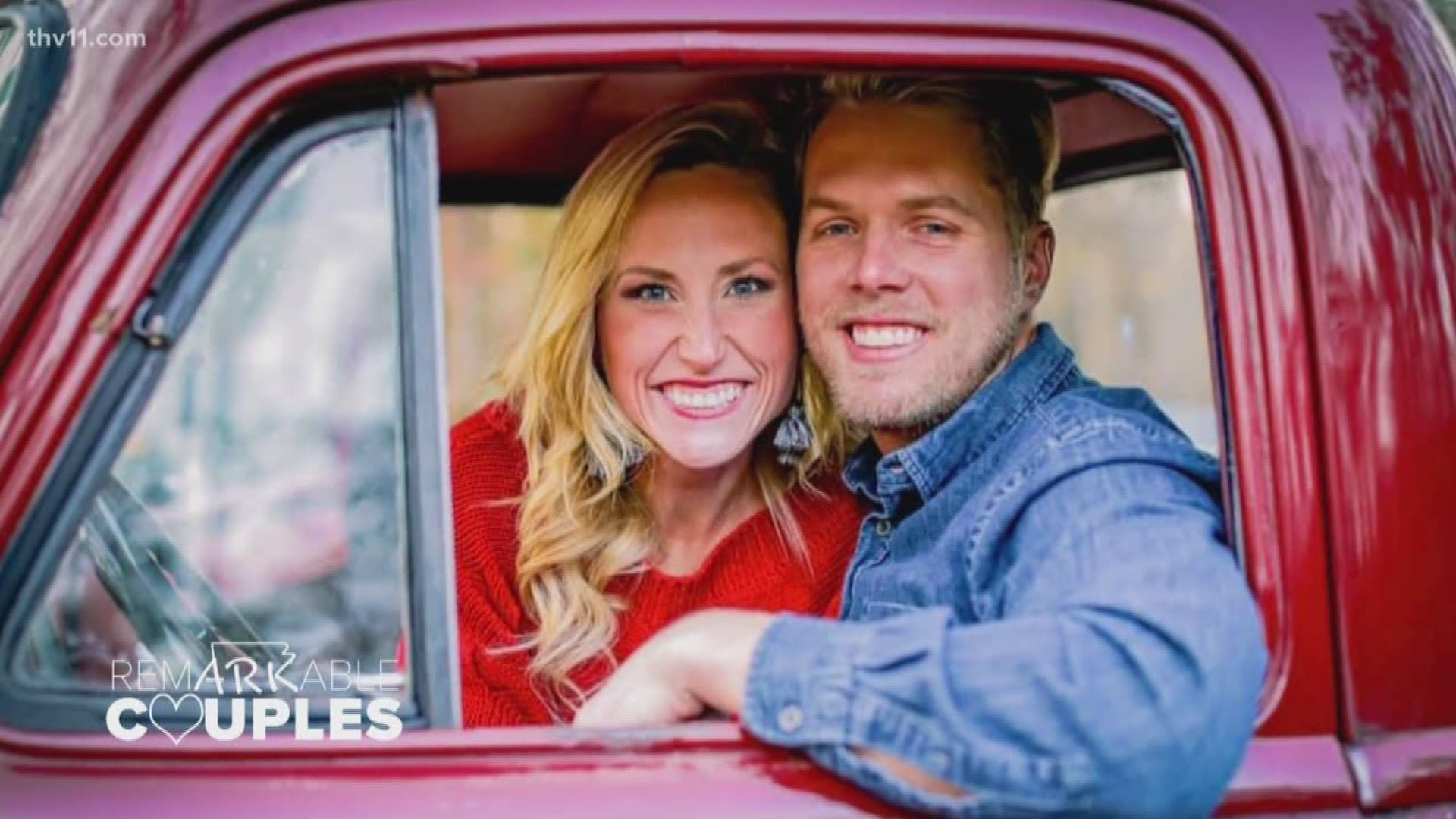 LITTLE ROCK, Ark. — As it is the week of Valentine's Day, we are celebrating couples ― remarkable couples ―  and we begin with the people behind a booming Arkansas business.

You've probably heard of Tacos 4 Life ― great food and an even greater mission. But do you know the people behind the story?

Ashton and Austin Samuelson met in high school. It was summer camp, and Austin had just finished eating. He got up from the table, and moments later, Ashton sat down.

"He promptly got another tray," joked Ashton. "I got hungry again," laughed Austin. "And came and sat on the other side of me," remembered Ashton. "And the rest was kind of history."

A history that grew from high school sweethearts, through college, collecting memories that Austin compiled into a journal that was about to change her life.

"And at the end of it," she said with a smile, "it was the cutest part, he gets so mad about this. In red crayon, he had written 'will you marry me?'"

After spending a few years on the west coast, the newlyweds came back to central Arkansas. That's when they heard a statistic at church that they say rocked their world. The number of kids dying from malnutrition.

"World starvation is the world's greatest solvable problem," Austin explained, "we can do something about this. We can fix this."

He had an idea. Start a restaurant that would, with every meal sold, donate a meal to those in need.

"We were way out of our league here," admitted Ashton. The couple had never even worked at a restaurant, but they decided to follow that crazy dream.

"It's better to take that risk and go after something that makes you feel most alive. It could end tomorrow, but it's worth it," she said.

To save money, nine years ago this week, they moved into his parents basement.

"Valentine's Day night was the first night in the romantic basement of my in-law's house. Who I love dearly," she added.

A lot has changed in those nine years. They started Pizza 42, which morphed into Tacos 4 Life. For each taco sold, they donate one meal to a child in need, and it exploded.

Tacos 4 Life now has 16 locations in five states and has donated more than 12 million meals. A remarkable business, led by a remarkable couple.

"He genuinely is my favorite human for sure," said Ashton.

Austin added, "When I think of Ashton I think of two things, grace and beauty. I think she's the most beautiful girl in the world. But on the grace side, she has always showed me this grace that I just don't deserve.

Going back for that second plate of food worked out for him.

The Samuelson's have three boys. They said their goal is to raise those boys to see outside of themselves. To see the need in the world and figure out how they can help.