The mural was expanded on West 7th Street near White Water Tavern as part of Arkansas Peace Week. 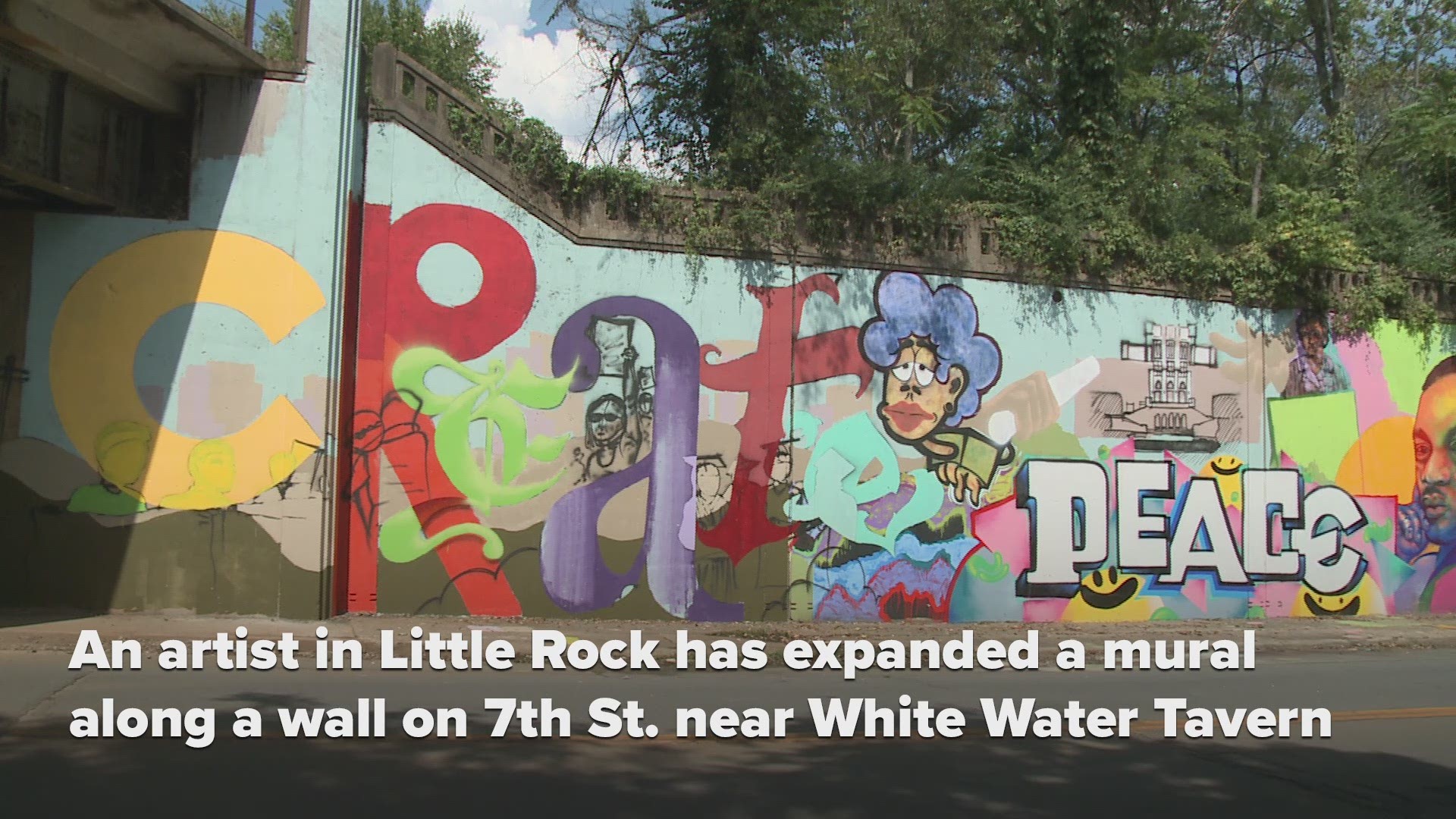 The mural, which was painted three years ago, sits on the walls that are underneath a railroad overpass a little west of the Arkansas State Capitol.

He said the mural will prominently display the words "create" and "peace" as well.

Hernandez hopes to have the mural finished by next weekend.

Arkansas Peace Week coincides with the United Nations International Day of Peace, which takes place in the third week of September.

The week is full of events that focus on activities that "educate and promote peacemaking in our society and raise awareness of organizations working to build a lasting peace in Arkansas."

Several events are planned throughout the week including a film screening and climate strikes in different cities.

RELATED: 'It brings back the humanity in us' | Mural honors African Americans in Hot Springs