The Black Male Media Project was created to inspire and create mentorship opportunities for black men working in journalism and media. 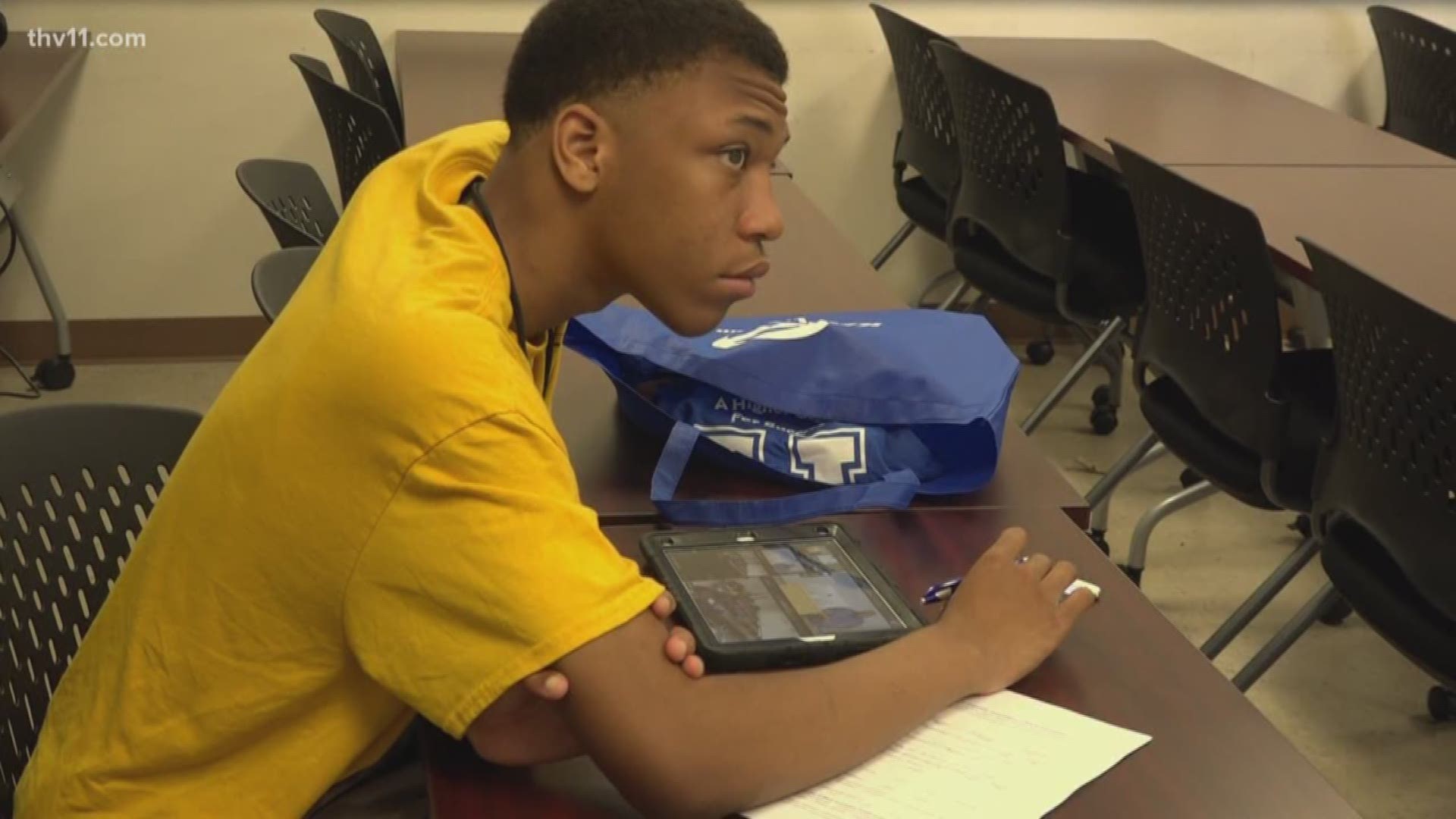 LITTLE ROCK, Ark. (KTHV) - The Central Arkansas Association of Black Journalists is out to find and mentor the next generation of media professionals for this social and digital age.

"I recently graduated from the historic Little Rock Central High School, class of 2018,” said Treylin Cranford, one of several aspiring media professionals who showed up at University of Arkansas at Little Rock today.

The Black Male Media Project was created to inspire and create mentorship opportunities for black men working in journalism and media.

"I see fewer getting into TV and radio stations, newspapers and magazines,” added Larz Roberts, the multi-media instructor at Arkansas State University.

Today the group discussed journalistic practices and must-have skills for students and professionals in a business gearing more and more towards "cross-platform" content during their workshop.

Roberts traveled from Jonesboro to be a part of the conversation surrounding positive pictures and stores of black men.

“There seems to be a general slowing down of interest for people coming into it. Even then, once they get into the business they need to know beyond the who, what, when, where and how,” he said.

Roberts is concerned minorities are still vastly under-represented in the industry.

“Some people will ask why is that a news story, why should I even care about that it doesn't speak to me. Because the person whose story is being told, doesn't match the story of the person who's watching it,” said Roberts.

Cranford plans to major in mass communication and broadcast journalism this fall at the University of Arkansas at Pine Bluff.

“It kind of puts me down that nobody really expects me to become more,” said Cranford.

He said excited to leave an influential mark combining his interest in television and love for poetry, but he's also concerned with the image of black men in the media. He wants to help create change within his community through spoken word.

“The top percentage of African American males in prison right now is about 78 percent. That means I’m still a part of that other 22 percent not there. It scares me, one mistake in the past and that could have possibly been me,” Cranford said.

The Central Arkansas Association of Black Journalists is one of 19 local chapters nationwide who held a series of workshops just like this one on Saturday, June 2.