It's a craze that's taking over the nation, and THV11's Dawn Scott found an Arkansas woman who is only one of a few hundred worldwide officially certified in KonMari. 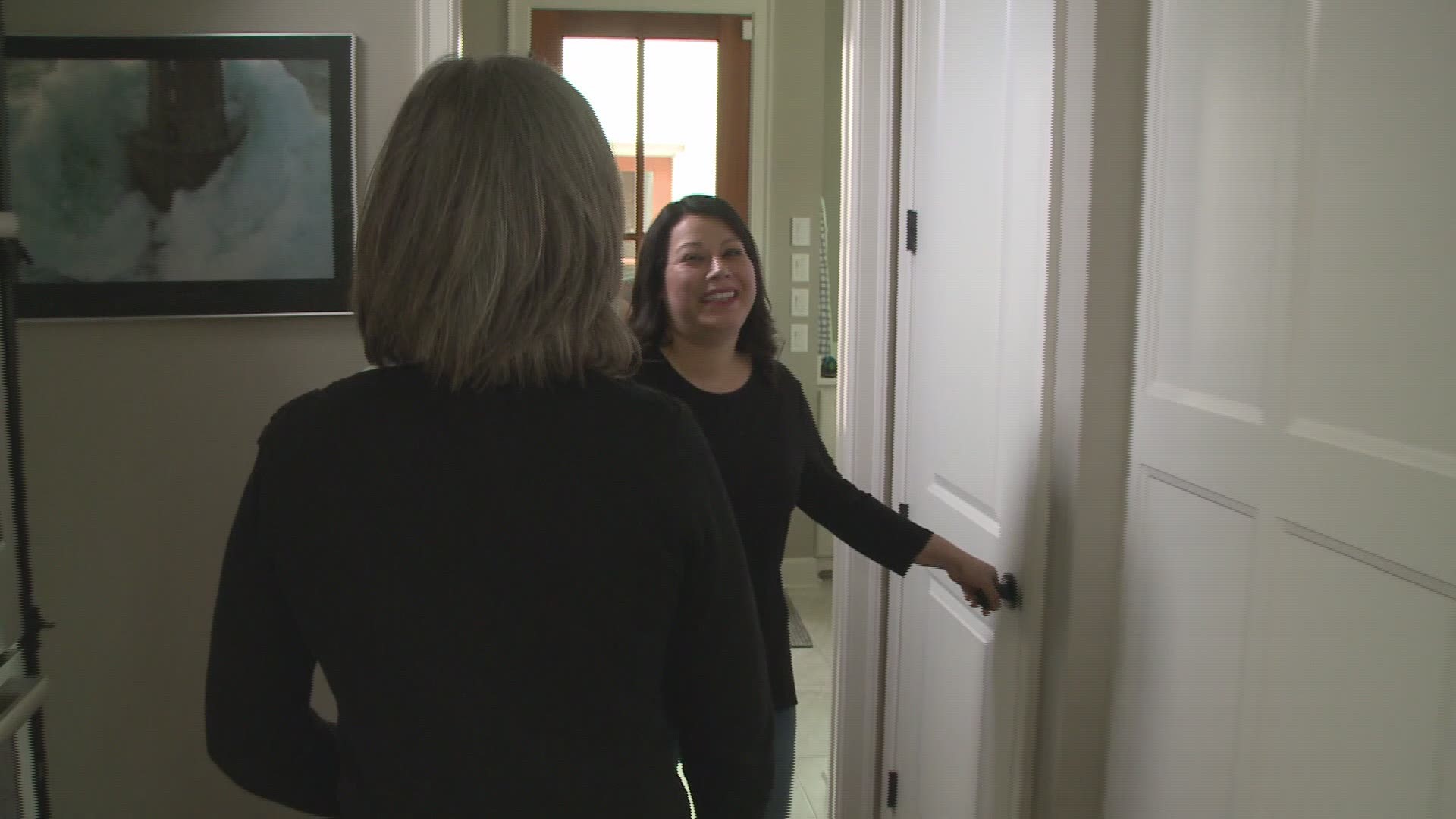 It's a craze that's taking over the nation and THV11's Dawn Scott found an Arkansas woman who is only one of a few hundred worldwide officially certified in KonMari.

KonMari is a simple, practical method that's inspiring millions of people to finally clean out their closets and drawers.

But does it really 'spark joy' for people who try it?  When we met the only Arkansas woman officially trained in the technique and talked to another who's used it, we found not only does it spark joy, it's often a satisfying emotional journey of release.

Liz Schultz is a busy wife and mom to two kids. About six months ago, the piles and clutter in her own home took over

"It just overwhelms me," she said.

She'd heard of the KonMari method, so she hired Sue Fehlberg to help.

"You're keeping what sparks joy, you're not looking at your house thinking 'It's so junky I can't wait to get rid of this stuff,'" Fehlberg said.

Fehlberg is one of 220 people around the world, and the only one in Arkansas, personally trained by the creator of KonMari, Marie Kondo.

"You're looking at what you have and being grateful for it, no matter where it comes from. Then picking those things that bring joy to you and hanging onto those and discarding the rest," Fehlberg said.

Fehlberg helped Shultz keep what sparks joy and let go of the rest, and during the process, it got emotional

But Schultz took on the struggle and let go of five bags of shoes and 10 bags of clothes.

"I don't want that to rule me and take over my life, and I don't want that for my kids -- especially my daughter. I don't want her to see that mom just has a bunch of stuff," Schultz said. "The freeing feeling when it all went away was prob the best part of the whole experience."

So how does KonMari work? We invited Sue Fehlberg to look at THV11 Dawn Scott's drawers and closets to find out.

The first of five steps begins with clothing.

"People have less of an emotional attachment to their clothing than other things," Fehlberg said.

Then onto books and papers. Then what's called kimono, or miscellaneous items, and finally mementos or anything with sentimental value.

First, you pile up all of your clothing, like Dawn's t-shirts and athletic wear.

"We call it the power of the pile. So, you're coming from a place of abundance -- you don't have to be afraid of getting rid of a few things because you have plenty," Fehlberg said.

And you begin to keep what makes you happy and let the rest go, all with a sense of gratitude.

Then, the folding method.

"Fold a third of the way over, the sleeve back in. You make a rectangle, that's pretty much all her method is," Fehlberg said.

Soon, Dawn's drawers went from a mess to an organized, color-coordinated satisfying display.

Fehlberg said Kondo and her KonMari method work to free people to enjoy what they truly love.

"They feel lighter and happier – it's just a nice way to tidy your house and not have to focus on that anymore. You can focus on the things that bring you joy, your families or hobbies or something like that," Fehlberg said.

Schultz says she's 100 percent sold on the method as she takes on her pantry.

"The idea of it is to allow you to walk through a part of your life that you probably don't even know is holding you down and just being able to release it," Schultz said. "And just the idea of feeling at peace when you walk into a space that youre in every day – I think that's also really good."

Fehlberg's company, TidyNest, charges by the hour and fully utilizes the KonMari method.  Since the Netflix show debuted this month, their calls have doubled with people asking for help.