'Hambulance' coming to an Arkansas Razorback tailgate near you

A fully decked out ride is rolling into Dallas this weekend just in time to catch some eyes for the Razorbacks to take on Texas A&M in the house that Jerry Jones built. 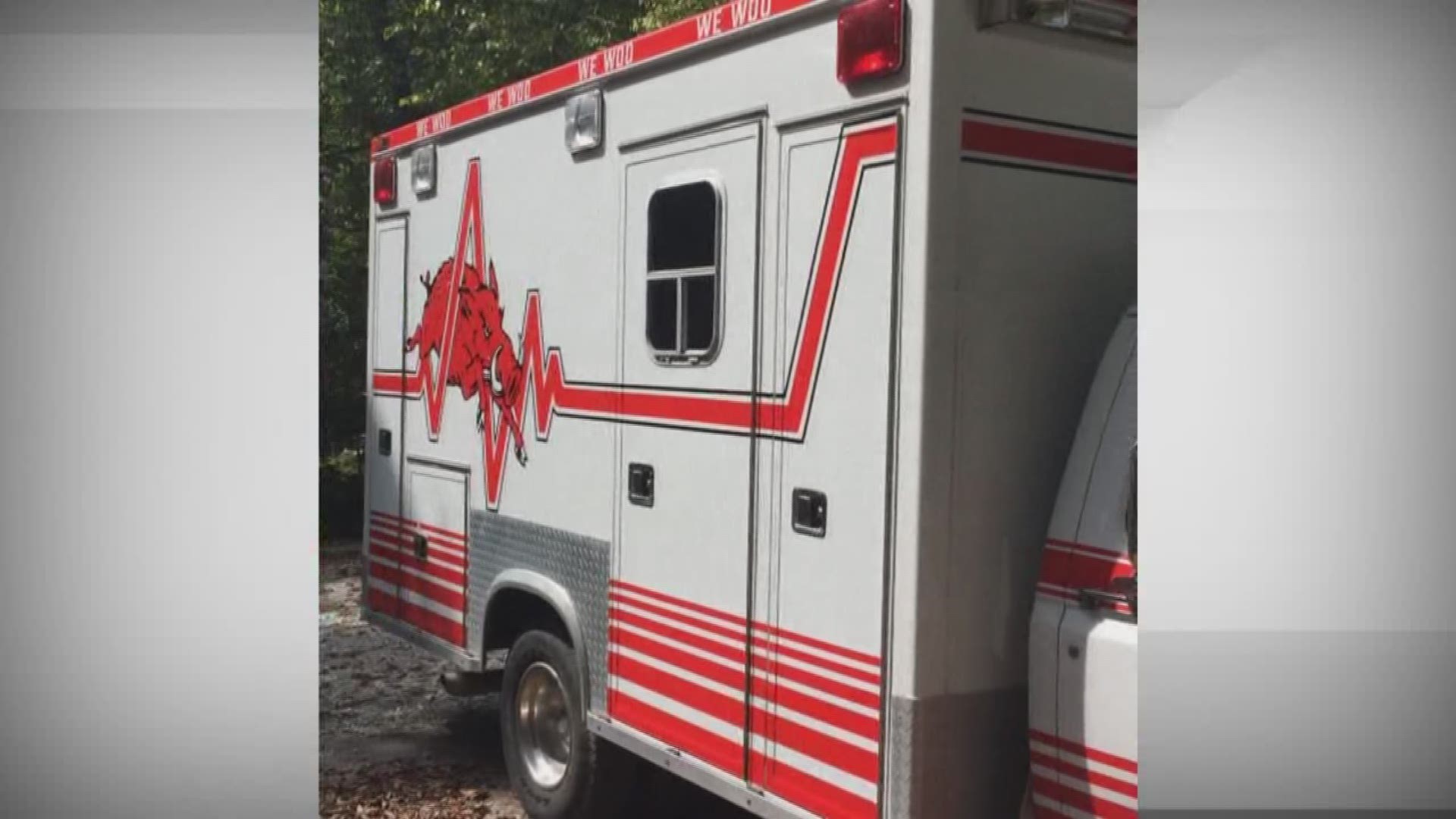 LITTLE ROCK, Ark. (KTHV) - If you're in need of medical assistance before a Razorback game, don't visit the ambulance that said Hogged Arteries on the hood.

The ‘Hambulance’ is not an actual working ambulance, in case that wasn't already clear from the grill set up outside or the big screen TV's on the inside.

Creighton Ralls of Little Rock said only one vehicle met the tailgating wish list of himself and four other Arkansas Razorback fans.

"Hopped on Craigslist, shopped around for a while and we found an ambulance that one of the police departments in central Arkansas had converted for surveillance, so they had wired it up for us, it came with all the electric," said Ralls.

The five friends worked on designing their tailgating vehicle while sticking with the paramedic theme.

"We started kind of with a blank canvas from there we've added a little bit every year. This year we got a Hog wrap on it and it's beautiful. It attracts a lot more attention that way," Ralls added.

It’s equipped with lights and sirens and a sweet setup on the inside. The Hambulance definitely stands out from the crowd.

"We have satellite TV, it's completely wrapped in Razorback, we have a full grill and setup that goes with it and every tailgate we get out there and party," said co-Hambulance owner, Jacob Tipton.

It’s easy to spot before a game. "It looks like an EKG meter with a heartbeat and the Razorback jumps through it and on it says we woo we woo," said Ralls.

The group is taking their Ham Van on the road this weekend to Dallas, Texas. Tipton said they hope to show Texas A&M that hog fans do it better. If you're headed to the game on Saturday, you can check out the Hambulance for yourself. It will be parked in lot 4 outside Cowboy's Stadium.