At just 5-years-old, Krish can name all the states and their capitals. He dreams of one day being a garbage truck driver and Captain America. 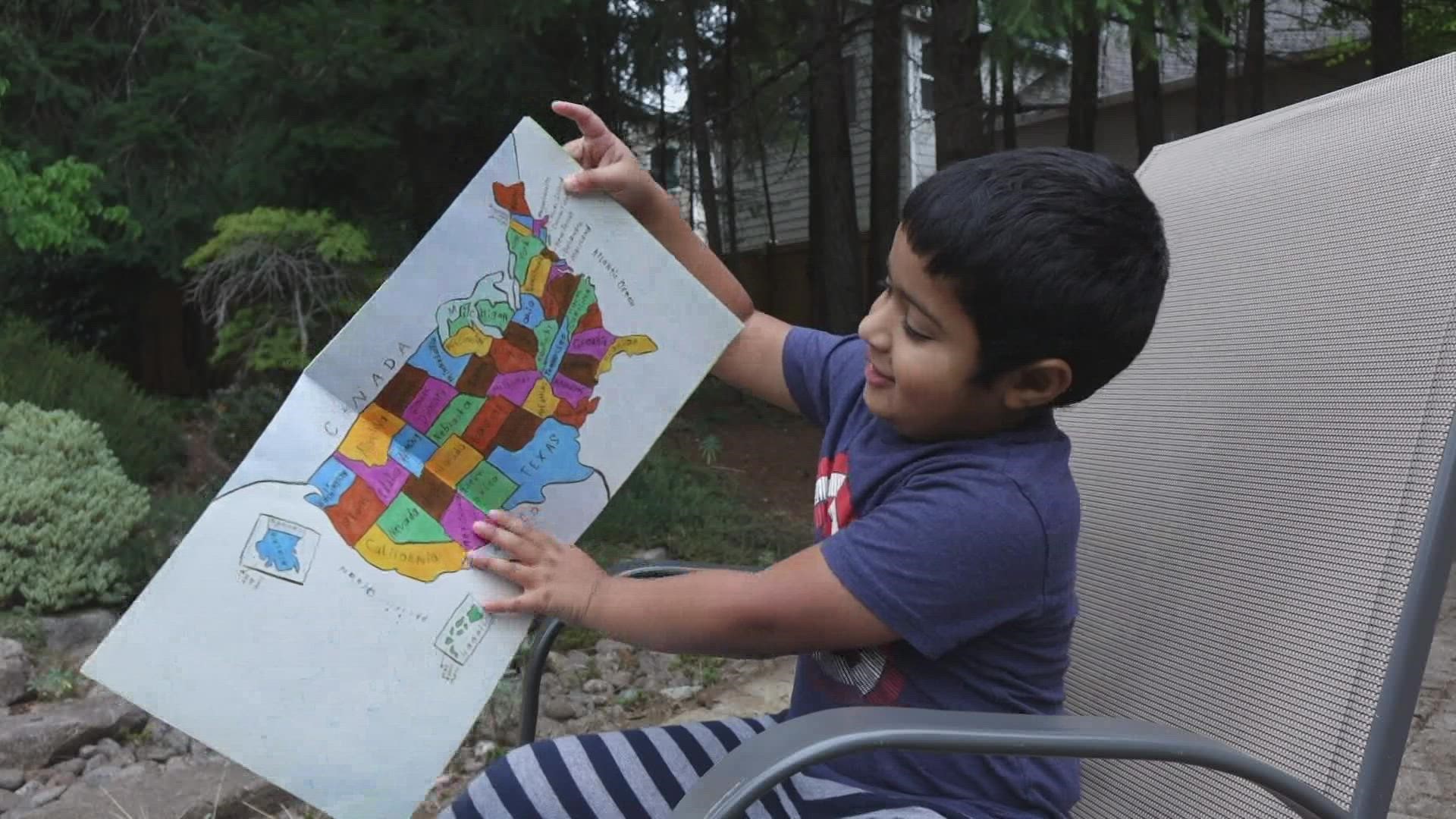 ISSAQUAH, Wash. — Mensa is the largest and oldest high IQ society in the world. The organization recognizes people who score within the upper 2% of the general population on an intelligence test. One of its newest members lives right here in Washington state and he's just 5 years old.

His memory was also noticeably advanced by the time he reached 2 years old when he began memorizing playlists on his parents' Alexa.

"We would play the nursery rhymes playlist and he would predict the next song, ten or fifteen songs in a row," Jan said.

At just 3-years-old, Krish began to memorize all of the state capitals, which he learned from watching a video on YouTube.

"After maybe three times studying, he could name all of the states and their capitals," Vivek said. "You can even tell him a capital and he knows the state."

Mensa doesn't offer tests to children under the age of 14, so his parents had Krish spend time with a clinical psychologist.

"An hour later we learned he got a really high IQ score and submitted his information to Mensa," Vivek said.

Krish's IQ was measured above 145, qualifying him as "highly gifted."

"This happened last week so it's taking us a lot of time to process that information," Vivek said.

Despite the early signs of extraordinary intelligence, the family says they just want him to pursue his interests.

"We aren't going to push him to work harder or anything," Vivek said. "We just want him to be happy in whatever he wants to do."

Krish told KING 5's Chris Cashman that he one day dreams of being a "garbage driver and a superhero," specifically, Captain America.