50 years later: The legend and mystery of the Fouke Monster

Nearly 50 years after the first sightings, the legend of Boggy Creek and the Fouke Monster remains just as mysterious and fervent as it did then. 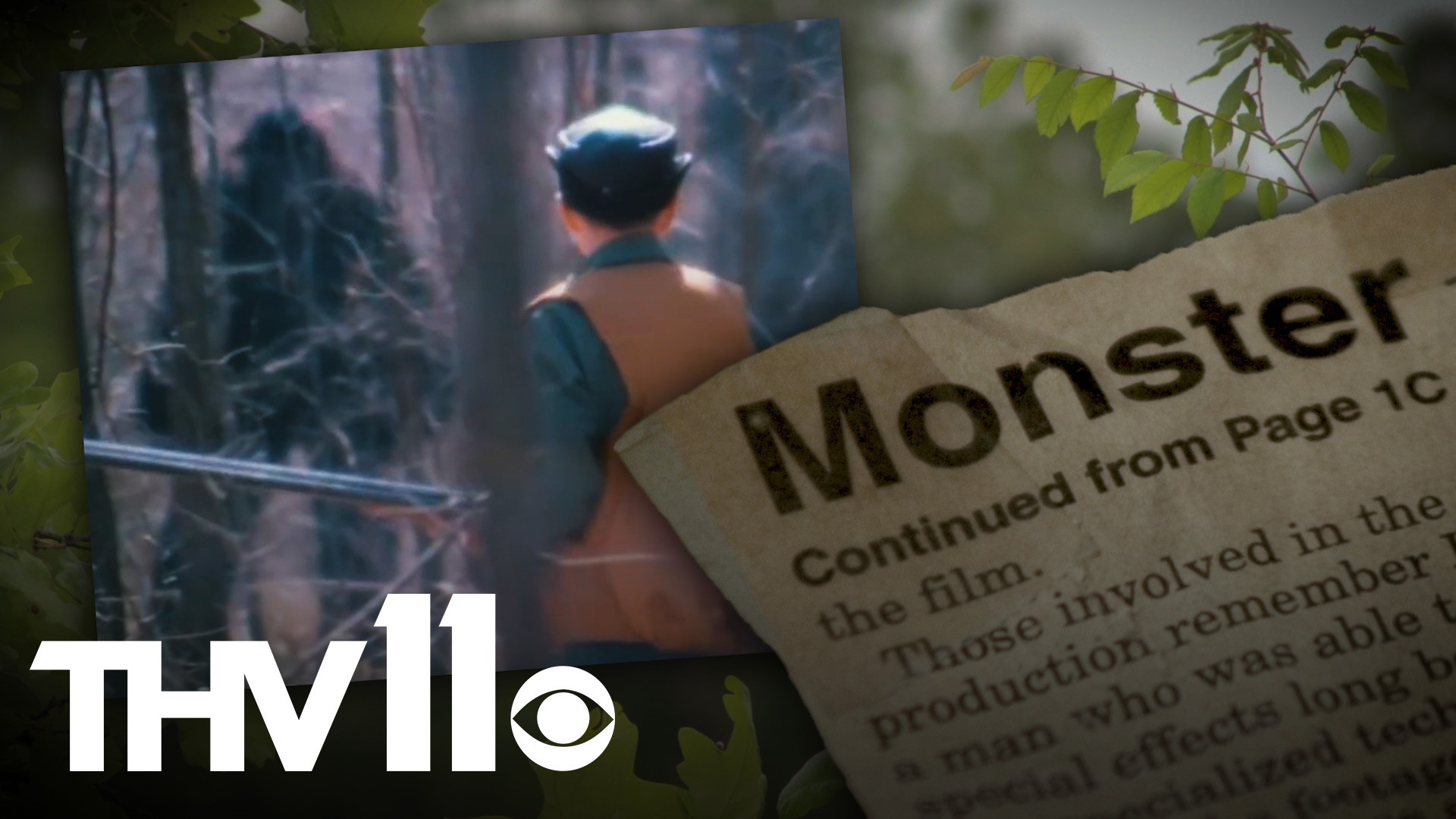 FOUKE, Ark. — In the small, sleepy town of Fouke, Arkansas lives a folklore and mystery that can keep the town folk a little restless. What started as a story about an enduring story has now turned into a myth that hopes to be seen nearly 50 years later.

While the Fouke water tower may not show, the store and roadside attraction sure does.

Welcome to Monster Mart, the focal point of Fouke. It originally started as a convenience store, but has now mutated to become the Fouke Monster Museum.

“People were coming in and they were kinda disappointed there wasn’t anything to see or do around here and there was a lot of interest. A lot of interest all over the country," said Denny Roberts, the owner of the Monster Mart.

On the wall, Roberts has clippings from the newspaper reports that started it all 50 years ago.

A rash of sightings in the quiet town of a "sasquatchian creature" created a Fouke frenzy.

And it was that hysteria in south Arkansas that gave birth to the 1972 film The Legend of Boggy Creek. The film, made by Charles B. Pierce, went on to become a cult horror classic. It was made with the help of locals, some of which still live in the town to this day.

That film, along with others throughout the years, has made the Fouke Monster famous all across the world.

Longtime Fouke Mayor Terry Purvis doesn't have a problem with the famous cryptid hogging all the spotlight.

People from all 50 states and 24 different countries have traveled to the town to hopefully snag a picture of the aloof sasquatch.

But some travel to the town in hopes of catching and collecting evidence of Arkansas's own bigfoot.

Some of who claim to have proof. That proof includes photos, drawings, and even plaster casts of alleged foot prints.

And that means the Monster Mart's collection just keeps getting bigger and bigger for those who want to learn about the Fouke Monster legend.

Roberts said in the last 10 years, the items have just been flowing in and he has continued to add evidence that might prove the existence of a cryptid.

For every piece of artifact there are a dozen stories. Like the woman who called Mayor Purvis breathless just a few years ago.

"Boy, you could tell the anxiety, the quivering in her voice," Purvis recalled. "I mean, something happened and she told us about the sighting that she just had."

The Boggy Creek looks like any other stream you may see that passes underneath a highway bridge. But if you look closer at its isolation and mysterious undergrowth, the creek can take on a story all its own.

The possibilities of an imposing, hulking cryptid lurking just a bit beyond the trees creates new mysteries and stories around the flowing creek. It was land that was made for something like the Fouke Monster.

It's land that Roberts sees as potential place for cabins, or rather "Scare BnBs."

"A lot of people got an interest and they wanna camp out and stay a few days," he said.

Credit: KTHV
A newspaper clipping of a report on a potential sighting of the Fouke Monster.

For the record, neither the owner of Monster Mart nor the Fouke mayor have ever seen the beast.

Purvis said he has personal friends who he's known for years that have seen the cryptid, but he said he's not "gonna be the one to call them a liar."

Perhaps seeing the monster really isn't all that necessary. The legend itself is enough to maintain this small town for 50 years.

Maybe all the legend needs is a roadside museum with tracks and snacks and thankful mayor who just wants a beer with the Fouke Monster.

"I haven’t had any sightings yet, but I’d love to sit down and have a beer with the guy and thank him."