Coming up on four years, a Maumelle family still has no answers as to why their daughter was tragically killed on Interstate-40 near their home. 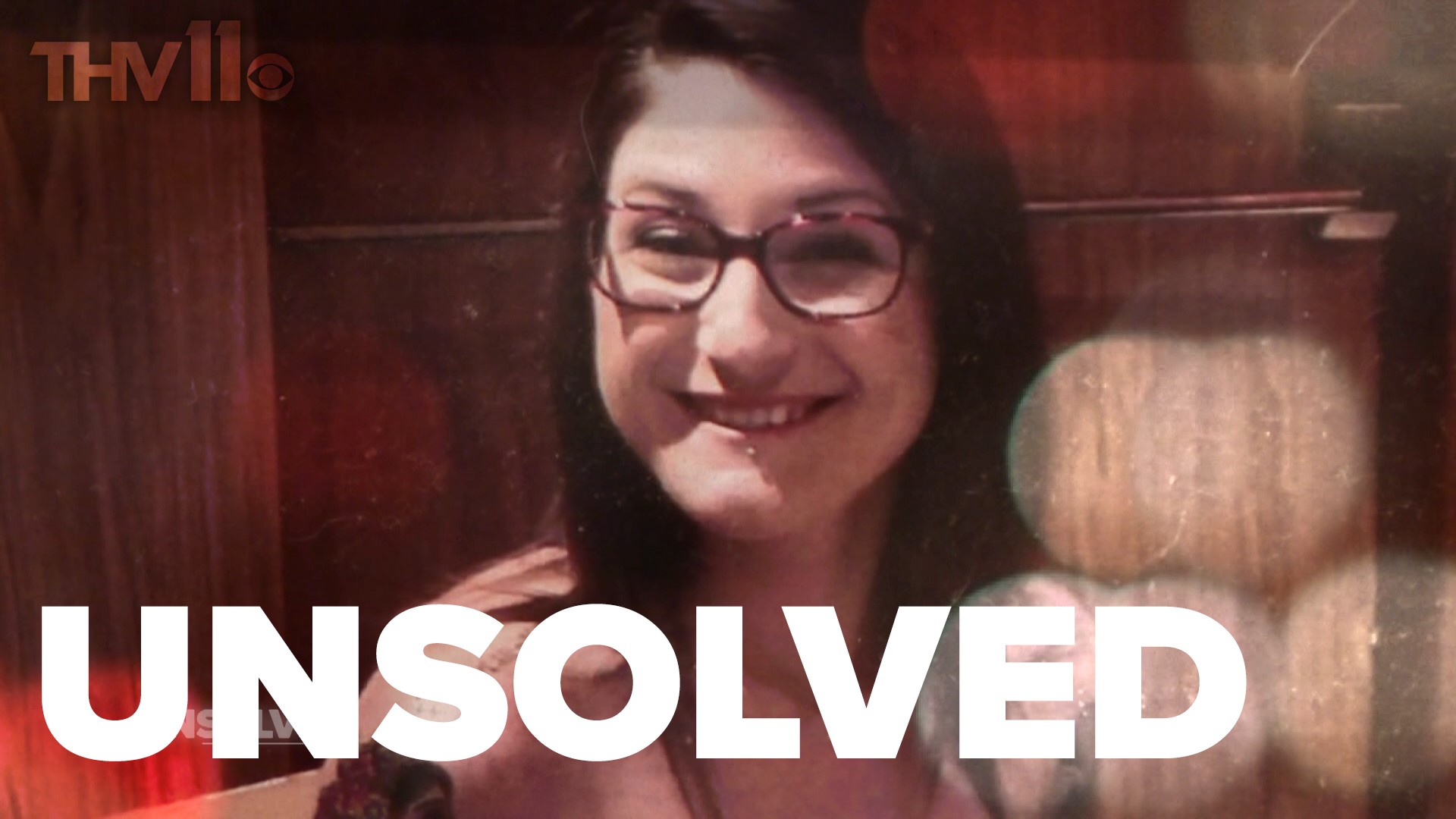 LITTLE ROCK, Ark. — Coming up on four years, a Maumelle family still has no answers as to why their daughter was tragically killed on Interstate-40 near their home.

Lucy Enloe was killed in a car crash in the early morning hours of July 30, 2017, after she was hit by multiple drivers.

What some may think could be just a tragic accident, her family believes there could be more to her unsolved story.

She had just left work as a bartender, driving down Interstate 40 when a white four-door truck cut in front of her causing an initial crash, and it disabled Lucy’s car.

The person driving that truck left and hasn’t been seen since then.

In Arkansas State Police case files, an image shows where Lucy's red car veered off into the far-right lane and stalled.

She then called her dad, who lived nearby.

"She was just as calm as she could be,” said Eddie Enloe, Lucy’s father. "She was very much in control, and that made me proud.”

Lucy's parents Barbie and Eddie Enloe said their daughter survived that crash, but seconds later after hanging up with her father, Lucy was hit again, this time by a red truck.

The impact of that crash killed her.

ASP case files show a semi-truck driver stopped to try and help, but as he was checking on Lucy, he ran out of the way as a third vehicle crashed into her car.

The driver of that vehicle was also killed on impact.

Years later, the Enloe family is left with questions.

"Who was the driver who caused this that morning and left the scene, and I'd also like to know what the gentleman was doing that morning when he rear-ended Lucy and took her life," said Eddie Enloe.

Documents reveal during the investigation, detectives found no reason to charge the driver of the red truck with a crime after he crashed into Lucy’s stalled vehicle in the far-right hand lane.

Something else that stuck out to the Enloe family is that police identified a person who was driving a white four door truck who had interacted with Lucy at the bar she worked at that very night.

Coworkers told investigators one man even gave her a $500 tip and begged to take her out on a date, but Lucy declined.

But according to the case files, investigators said the white truck spotted at the bar that night was not involved in the car crash.

However, the Enloe's still believe their daughter could have been a target, but there's not enough evidence to prove that.

Four years later, Barbie and Eddie feel they don't know any more today than they did that tragic morning.

"We would love for the person involved that morning to come forward. Because we don't need to lose sight that not only did we lose Lucy that day, there was another family who lost a dad, a brother, a husband,” said Eddie.

Investigators noted in the case files that if any new leads come up, they'll open the case again and that gives Lucy’s parents hope that one day someone will do the right thing—that someone who knows something will speak up and share what happened to their daughter.

"We just want to know, did somebody on purpose cut in front of her so she'd run into them? Did they do it on purpose? Or was it a horrific accident and they didn't stop?” said Barbie Enloe.

Lucy was an organ donor. Medics on the scene were able to revive her and save her organs that have helped many people across the country.

If you have any information about this case, Arkansas State Police is open to receiving new leads.