Today, May 22, marks one year since the remains of Ebby Steppach were found at a West Little Rock park. 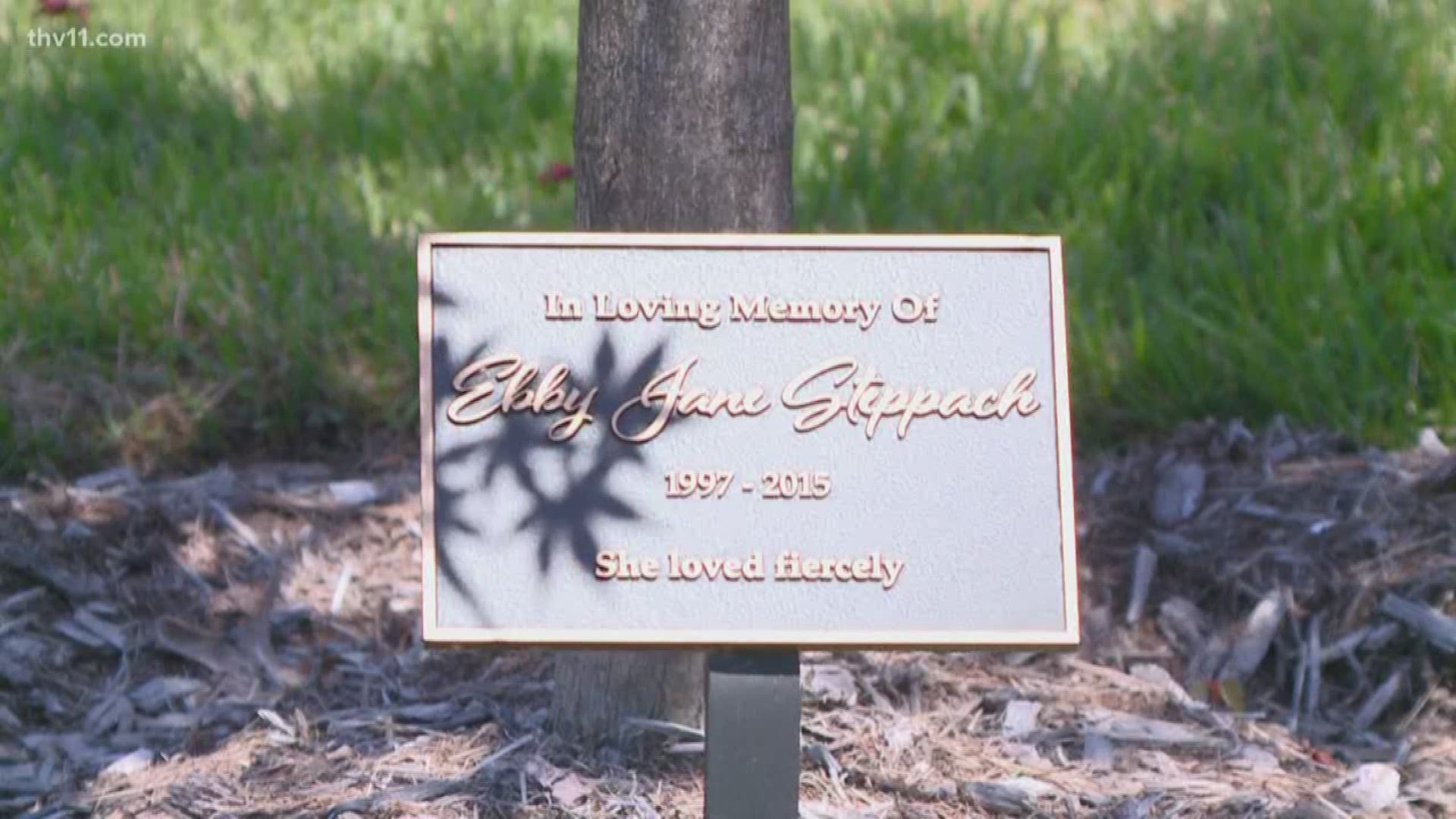 LITTLE ROCK, Ark — Today, marks one year since the remains of Ebby Steppach were found at a west Little Rock park.

The 18-year-old disappeared in October 2015 under suspicious circumstances. A year after she was found, we are still waiting for answers as to what happened.

“Until you reminded me I didn't realize it had been a year,” said Ebby’s mother, Laurie Jernigan.

Even for Laurie Jernigan, it seems impossible to believe a year has passed since her daughter was found.

“The shock kind of goes away and we are able to have some closure in that way,” Jernigan said.

On May 22, 2018, detectives discovered remains inside a drainage pipe at Chalamont Park in West Little Rock, just feet from where Ebby's car was found in October 2015. Days later, the remains were positively identified as those of 18-year-old Ebby Steppach.

“If Ebby hadn't been found she would be in a development, a housing development that they are starting over there,” Jernigan said.

Detectives remain tight-lipped about the case. Detective Tommy Hudson with Little Rock Police Department’s cold case unit said it is an open and active investigation. Officials have not revealed how Steppach died, only classifying it as a homicide.

“I’m glad I don't have to answer it. I can’t answer it. There are a lot of different scenarios, but we are waiting,” Jernigan said.

In April, Jernigan received even more devastating news. Her son Trevor had died of a massive heart attack at the age of 35.

“The first 2 ½ years with Ebby it was long time before I could grieve because I was fighting and Trevor happened instantly with no signs,” Jernigan said. “You go to Walgreens and you see Mother’s Day cards and you think I only have one child out of three left. My daughter, she doesn't have any siblings anymore. My grandson has lost his dad. That's what we think about every day.”

Jernigan said she finds comfort knowing her children are together again and is praying for answers.

“We are waiting for the answer and I know that will come. I don't know when, but it’s always God's timing and his timing is always perfect,” Jernigan said.

Detective Hudson said his department is following up on tips and conducting interviews, but will not reveal details about the case, including Steppach’s cause of death, in order to avoid jeopardizing the case.