A Charlotte mother said her son was expelled after she spoke up against a play with racial slurs being read in class. The private school said it's her fault. 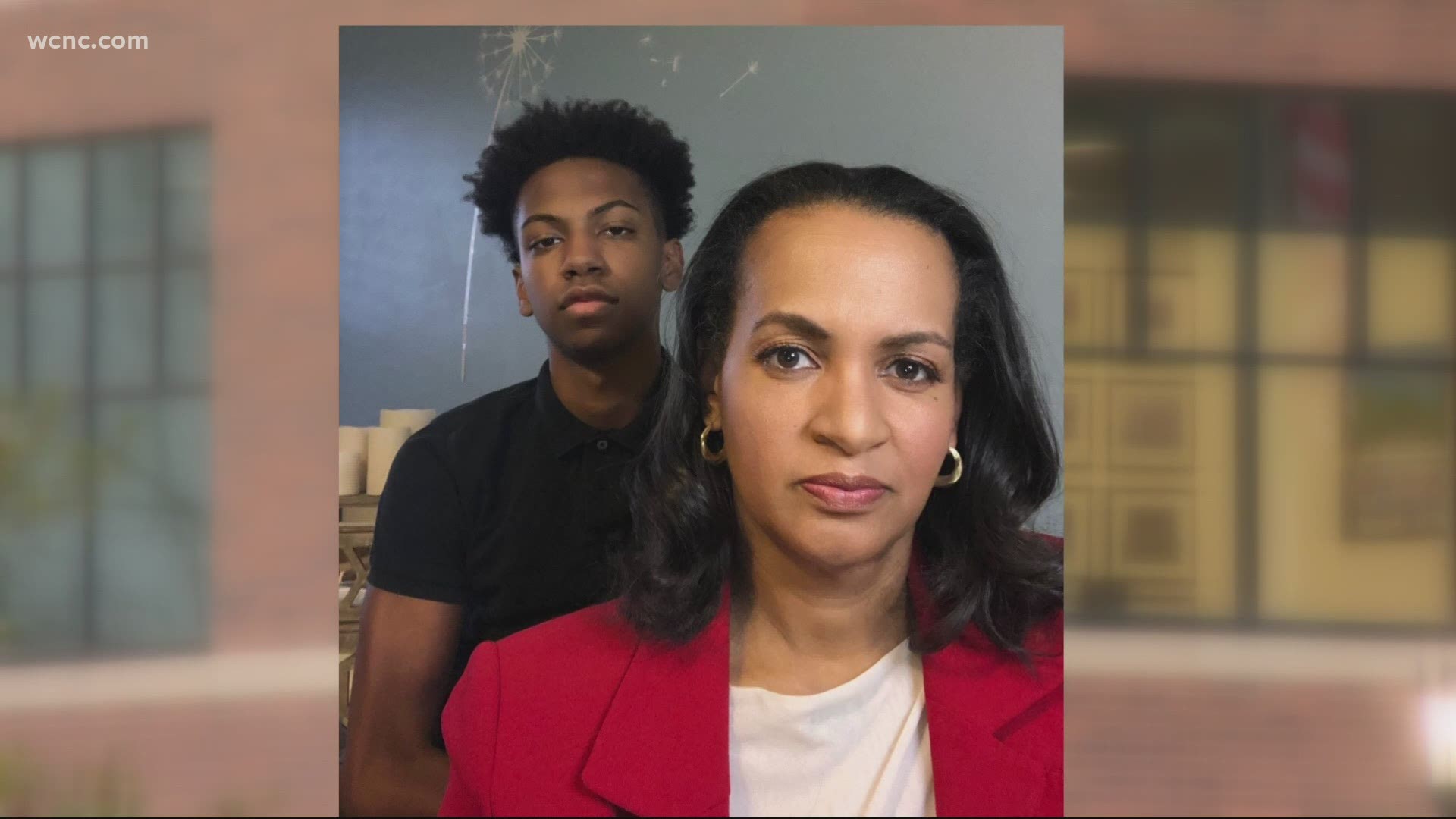 CHARLOTTE, N.C. — A Charlotte mother says her Black son was expelled from a predominantly white Charlotte private school after she spoke up, complaining about a well-known play being read in class. The school claimed there's more to the story.

"My son and every Black child at a private school in America is expendable," Fox said.

She's hoping things will change at Providence Day School, a private school her son Jamel attended for 10 years until he was kicked out the day after Thanksgiving.

The ninth grader and his classmates were set to read August Wilson's "Fences" aloud in class. The Pulitzer Prize-winning drama play turned into a Hollywood film is about racism in America in the 50s.

It's riddled with racial slurs from the first page.

RELATED: Cleveland Indians to change team name, according to reports; announcement could come this week

That's why Fox was disturbed when she got an email from the school explaining how the play would be read aloud in class.

"Is there value to it for the right age group? Of course," Fox admitted. "I just don't think ninth grade is it. Especially ninth grade in a school where you never really addressed these issues on any formal level before."

She realized that as the students read it aloud, they would say, "N-word" when the racial slur came up in a sentence.

"These are ninth graders. They're looking at the word, they may say the 'N-word' but they can read. They can see what it says and at that moment everyone's eyes kind of drift to the only Black person or one of only two Black people in the room to kind of see what they're reaction is to hearing this word in the classroom," said Fox, alluding to her son being the person being stared at.

After back and forth emails, she had a meeting with school administrators, and Jamel was told he'd get another assignment.

As her frustration grew, knowing other parents had similar concerns dating back years, Fox fired off another email and posted to a parent Facebook Group.

In the email, Fox said in part that the school's director of equity and inclusion was "a disgrace to the Black community," according to Providence Day School's Head of School, Dr. Glyn Cowlishaw.

Dr. Cowlishaw called the email "verbal harassment" and "bullying," saying she was "saddened" to have terminated Jamel's enrollment.

"Providence Day School will not tolerate bullying, harassment, and racially discriminatory actions or language towards our faculty and staff," Dr. Cowlishaw said in part of a letter sent to parents Tuesday night. "I am so sorry that this child’s parent turned her initial concerns about curriculum into personal attacks."

Fox didn't believe she was threatening, but was heated and frustrated in the moment.

"I feel that the tone could have been different, the message is the same," she said.

Fox said multiple parents have since chimed in with their own concerns about the book being used in the classroom.

A spokeswoman for Providence Day School said a parent complained about the book being taught in 2017, and four other parents complained along with Fox this school year.

"There are thousands of other positive pieces of literature that offer the same information, the same types of analogies, the same type of information that would not make him (Jamel) cower in the corner throughout all of these classes for several weeks," Fox said.

She stands by her decision to speak up, although it cost her son's enrollment.

"I just think there's a lot at risk here to remain silent," she concluded.

The lesson plan has been paused until the spring semester, according to a spokeswoman for the school. Fox said she doesn't know if she'll take legal action.

Below is the full letter that the school sent home to parents after news reports were published about the controversy.

This morning an article in The New York Times focused on a regrettable and disappointing turn of events at our school. I wanted you to hear from me now so that I could relate to you a more complete account of what occurred. I am devastated that we had to terminate an enrollment agreement adversely impacting a PD student. However, the school will not tolerate bullying, harassment, and racially discriminatory actions and language by parents towards our faculty or staff.

This pattern of bullying and harassment of a Black female administrator continued despite our efforts to work with this parent. Despite Dr. Nadia Johnson having invested her life’s work in diversity, equity, and inclusion, and, despite moving Providence Day School forward in so many ways, she received an email from this parent stating that “You fail miserably at your job and are a disgrace to the Black community. I’m embarrassed for you as a so-called expert and representative of the school. You stopped working here years ago… if you ever did.” On a separate occasion the parent wrote again of the same senior administrator that “she couldn’t be more of a disappointment; she quietly condones more of the same, forgetting the Black experience, if she ever in fact had one.” As part of the pattern of behavior, a social media post visible to dozens of parents and employees described my colleague as “in true sellout form, she was the one fighting the hardest to have the book remain in the curriculum.”

As an educational institution, debate and criticism of curriculum is encouraged. Parents, faculty, and students often question and even challenge certain curriculum. As a school, we listen, and in certain instances, make changes after discussing those questions. Fences, as part of school curriculum, has been, and continues to be debated throughout this country. Such discussions are important and necessary. However, when a pattern emerges in which a parent veers from healthy debate and appropriate concern about how curriculum impacts his or her child, to bullying, harassment and racially derogatory statements, that parent has crossed the line.

Terminating an enrollment contract is always the last resort. Uprooting a child from his school is not a decision I make lightly. I am saddened I had to do so. However, the enrollment agreement was terminated not because the parent complained or questioned the use of the book Fences in her child’s ninth grade class. The action occurred because this parent continued a pattern of verbal harassment. The harassing, bullying, and racially derogatory attacks not only impacted Dr. Johnson, but also had adverse impacts on several other of our Black faculty and faculty of color. Many of them told me that such a climate would impact their ability to teach our students.

Providence Day School will not tolerate bullying, harassment, and racially discriminatory actions or language towards our faculty and staff. I am so sorry that this child’s parent turned her initial concerns about curriculum into personal attacks. We will continue to offer our support to this child as he navigates this transition. We want him to flourish and have the excellent education that he so deserves.

Every day, our faculty, staff, and administrators strive to provide your children with an exceptional educational experience, and as part of that, we are firmly committed to maintaining a strong partnership with you. A shared commitment to our school’s mission, mutual trust, and transparent communication with our parents is essential to that partnership.

We must be a place where civility, respect and common decency are valued. I hope never to have to terminate an enrollment contract of another family again. However, I will stand with and support our faculty and staff, and this administration will not tolerate racially hostile and harassing behavior towards any of them.

We always have, and always will continue to value our parents’ feedback and welcome comments from parents that are both positive as well as critical of our school and our school’s leadership. As we teach our students, respectful, constructive dialogue and empathy are essential elements of a quality education and a healthy community. Indeed, this is quite necessary in seeking – together – an even better Providence Day for tomorrow. Please know my door is always open to answer any questions or concerns you might have.