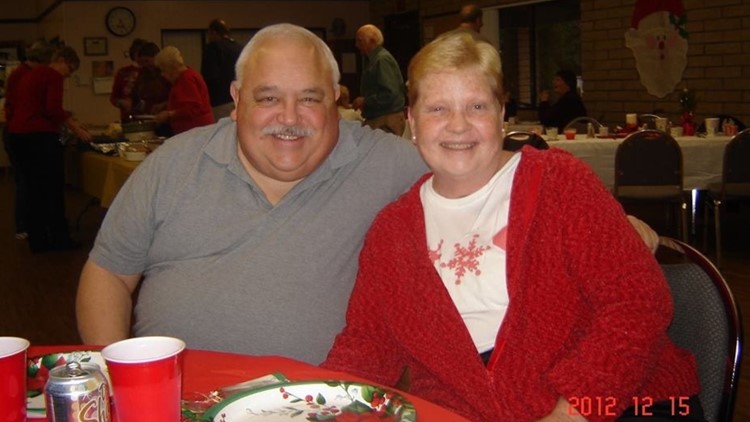 Minutes after wishing his wife 'happy anniversary,' he was found dead

PHOENIX - A father is dead after a heartbreaking incident on Phoenix streets.

The family's GoFundMe account says Treadwell was working for Lyft at the time.

MORE: Family asking for help with expenses on GoFundMe

His wife and high school sweetheart Frances Treadwell said it was their anniversary, and they spoke right before the shooting happened.

"Thank you God for allowing me to have that last conversation with him so I could tell him that I loved him," she wrote.

Investigators say Harold was fatally shot while driving westbound on Baseline Road toward 32nd Street. Treadwell was the only person in the car.

“You know, and for all drivers, listen to your heart because he knew he was in a bad area and he said, ‘I’m heading back north.'”  Frances told 12 News.

Police say it looks like the shooting happened right before the crash and the gunshot came from outside the car. Investigators do not know where the shot came from.

“Who would do something like this? I mean, just think about it, someone you don’t even know, pull a gun and you shoot them in the head at 12:30 a.m. in the morning," Frances said.

Police are investigating this as a homicide. There is no suspect information available yet.

Anyone with information is asked to call Silent Witness at 480-WITNESS.

“I hope that you come forward and confess so that I know what happened to my husband. I need to know for closure," Frances said.