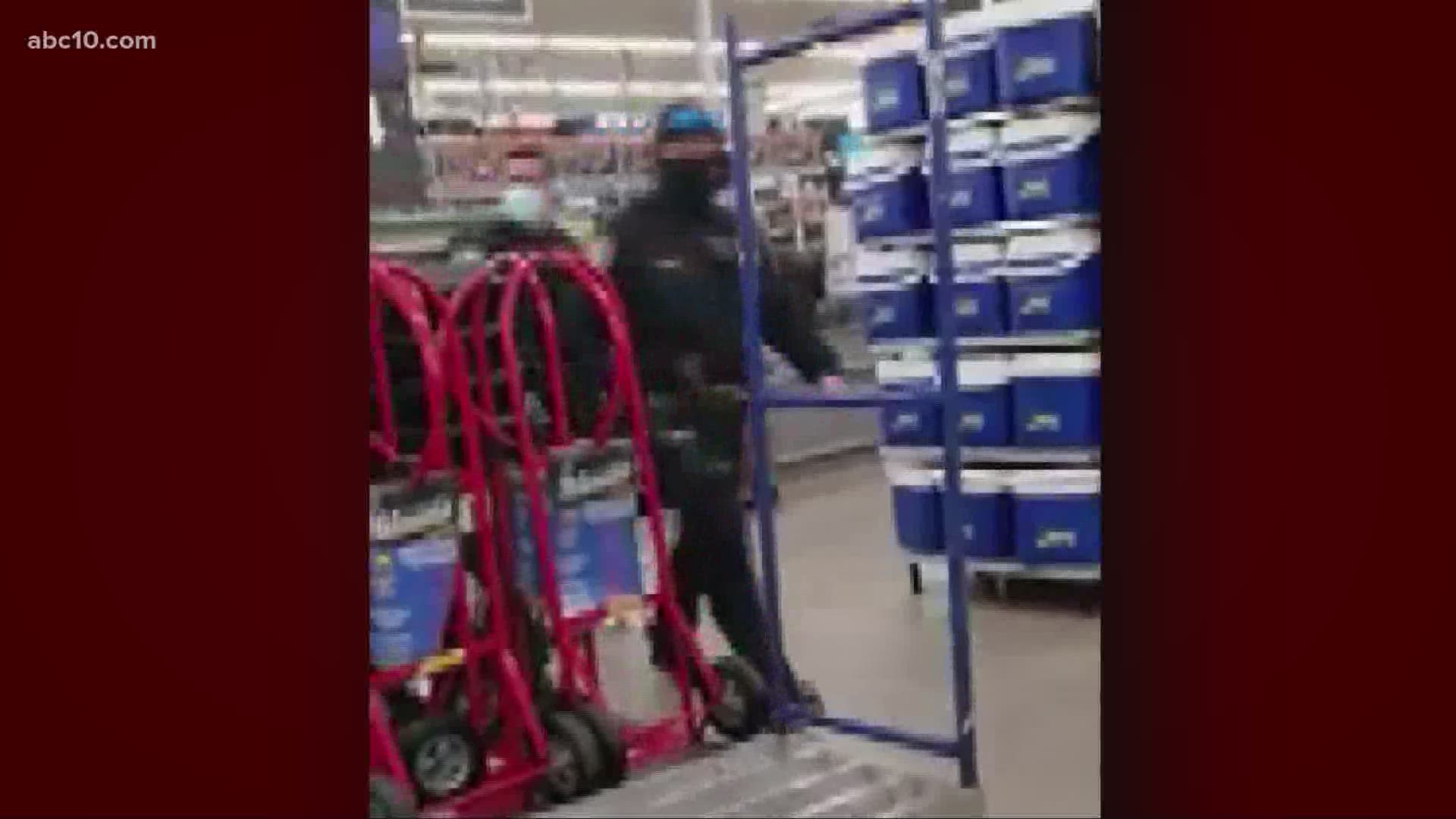 TURLOCK, Calif. — A Turlock Walmart called police for a trespassing after some people refused to wear masks in the store, said Turlock Police Chief Nino Amirfar.

On June 18, California ordered people to wear masks in most indoor and outdoor settings when social distancing isn't possible.

A social media video made rounds on Saturday after it showed people being escorted out of a Walmart by Turlock police. The video was posted by Bobbie Carne, who said in the post description that at least two kids weren't wearing masks.

Carne happened to be at the Walmart shopping when the incident happened. At one point, she said the manager wanted to see action taken.

""The manager came out and he was really, really upset," said Carne. "He said 'Yes, of course, I want him arrested. How are we going to enforce it?' He was flailing his arms around and really aggressive."

On Sunday, Turlock Police Chief Nino Amirfar did a Facebook live from his personal page addressing the situation.

Chief Amirfar said the store asked these people to wear face coverings but they refused, which he says was their right to do so. Afterward, he says the business refused to give them service since they didn't comply, which he said was the business' right.

While the people were removed from the store, Amirfar says police aren't responding to businesses solely because people aren't wearing masks. In this instance, he said the people removed were facing trespassing charges from the store.

Amirfar said businesses are required to make sure that they are seeking trespassing charges before officers are sent.

Carne learned more about the situation after an officer explained the situation to her. She posted the video to let everyone know what happened at the Walmart, and she believes the manager could have handled the situation better.

"I was just really appalled at the fact that he (the manager) really wanted this man arrested for not having a mask," Carne said. "And that's really sad to me."

Amirfar said the police department is only asking people to practice safe coronavirus requirements like washing hands, maintain social distancing, and wearing masks where they can, however, the department won't be issuing citations if people don't wear a mask.

"The Turlock Police Department is not issuing citations for not wearing masks, nor are we going to respond to businesses simply because someone is not wearing a mask," he said. "However, if that business refuses to serve you and asks you to leave, you should leave."

"We have quite a bit of work to do besides responding to these instances," he added. "I hope everyone can work together, ensure each other's safety and take care of each other."

►Stay In the Know! Sign up now for the Daily Blend Newsletter

WATCH ALSO: California orders everyone wear masks. So what does that mean?