Not only was Paula Draeger surprised to find out she was a perfect match for a transplant, but it shocked UAMS doctors as well. 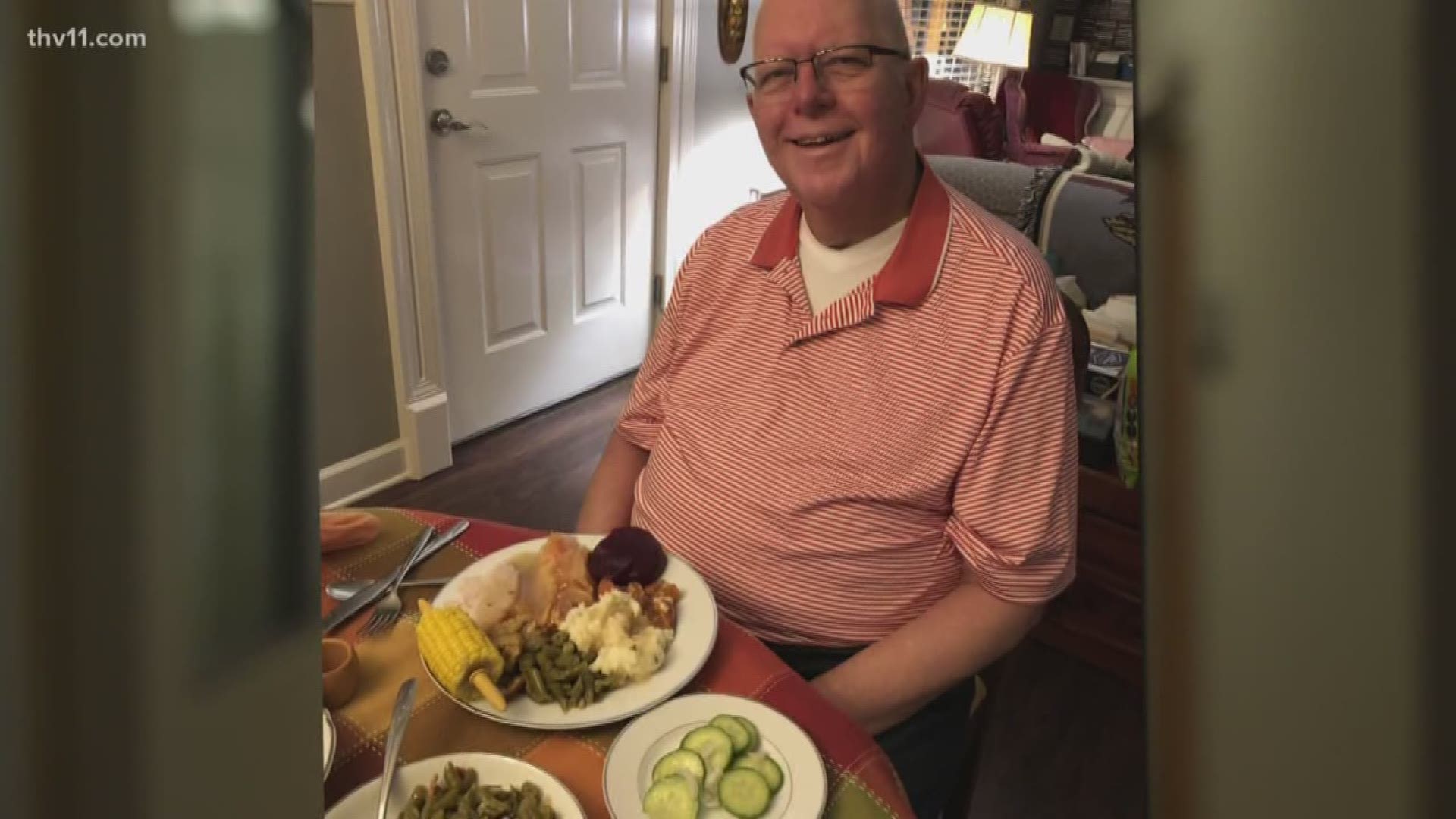 LITTLE ROCK, Ark. — This Thanksgiving is filled with gratitude for a Sherwood resident who is now cancer-free.

“We were kind of discouraged because we weren’t sure what we were getting ourselves into,” Butch King said.

As an Air Force veteran, husband, dad, and grandpa, Butch King has lived a full life.

“He used to be so active and involved in the community. He’s always with friends. He’s a very people person and this illness has just taken a lot of that away from him,” his daughter Paula Draeger said.

In 2017, an unexpected illness brought his life to a halt.

“Mr. King had a high risk myelodysplastic, so it had some genetic features that made him at high risk for progressing to leukemia in the future,” Danielle Tippit, M.D. with UAMS said.

He couldn’t get a stem cell transplant because of insurance issues and prior health problems, which could potentially cure him.

But after several setbacks, a glimmer of hope appeared.

Several of King’s family members were tested to see if they were a match for a transplant and his daughter Paula got a phone call she’ll never forget.

“’Ms. Draeger, we need to tell you that you’re a perfect match.’ And my heart stopped,’” Draeger said.

This was rare news that stunned his doctors at UAMS.

“You want somebody to be as closely matched as possible, so your body doesn’t reject the donor tissue. So, his daughter was actually a perfect match for him, which is extremely rare. To be a complete match is crazy,” Tippit said.

Over two years after his diagnosis, King received a life-saving transplant.

On November 7, he celebrated the first 100 days post-transplant and news that he is now cancer-free.

“Thankful that I was a match. Thankful that, after so many years, we were able to move forward with a transplant,” Draeger said.

This Thanksgiving was one filled with gratitude.

“I’m very blessed. And so, we had to have this shirt made. It says, ‘I raised my own stem cell donor.’ And hers says, ‘I am the donor,’” King said.

King has one more year of chemotherapy to complete, but he is looking forward to a bright future.

“With the hope, with your faith, and you living day to day, you know that you can be the survivor,” King said.

King said he’s very thankful for all the medical professionals at UAMS who have become family.

He already has future plans to volunteer in the hospital to help other cancer patients on their journey.

RELATED: Five Hot Springs firefighters have been diagnosed with cancer in 4 years