'Stand up for what is right & just': Cleveland area mother shares story of raising her sons, one white & one black

She hopes her words can help people rethink implicit biases that lead to inequities across the country. 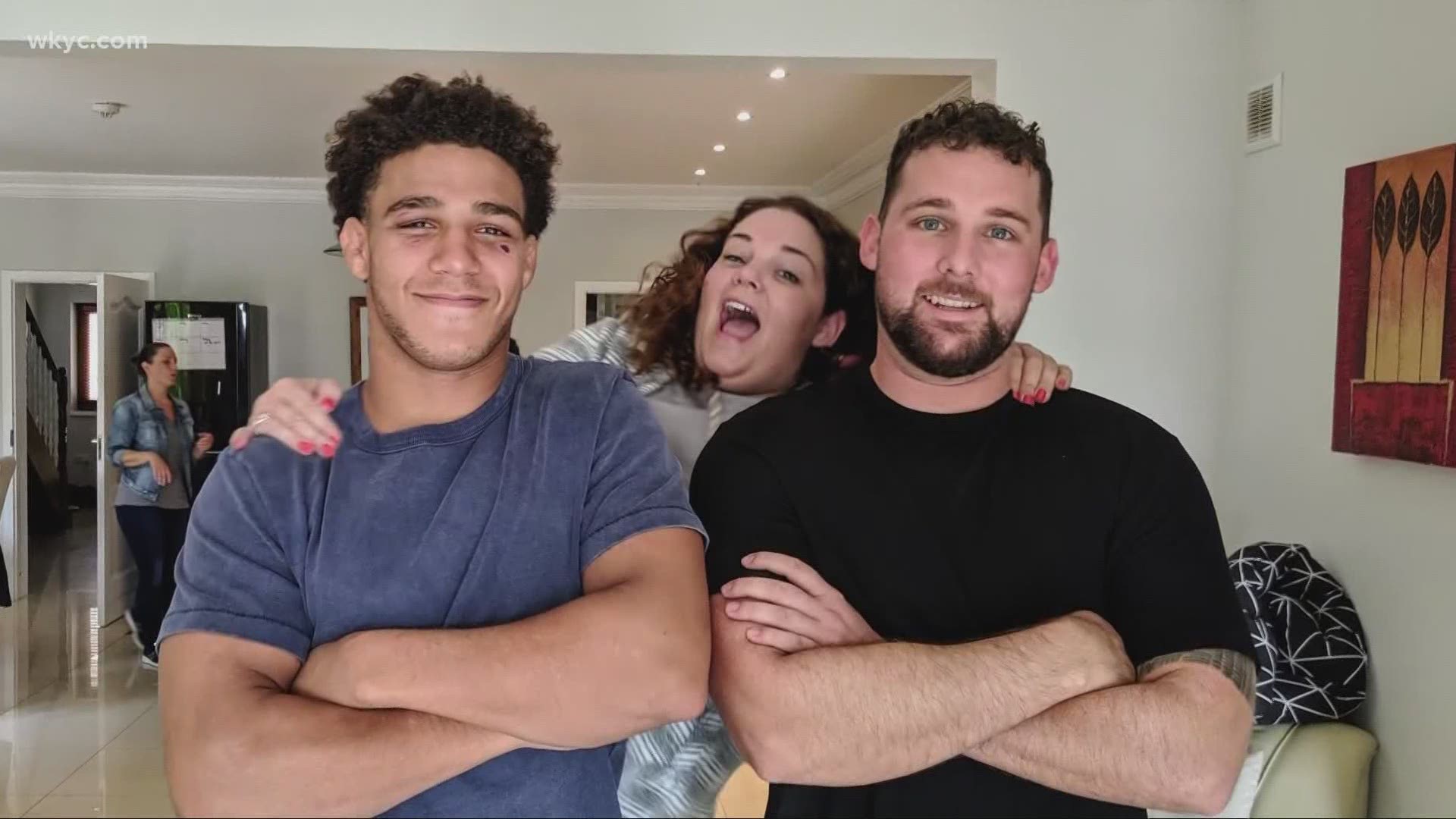 But as Russell watched the events of the past week unfold following the death of Minneapolis' George Floyd, she is now reflecting on her own life experiences. In an emotional Facebook post written last Thursday, Russell shared her story of raising her two sons, one white and one black.

"On paper they are the same," she said. "Tall, athletic, smart, kind. I love them equally and fiercely. Society, however, judges one by the content of his character and the other by the color of his skin."

Russell focused on 21-year-old Kaden, an honor student member who graduated from St. Ignatius three years ago. Kaden played running back and safety for Chuck Kyle's storied football program, but was best known as a two-time captain of the wrestling team, capturing the 182-pound Ohio state championship as a junior and later earning a scholarship to Duke University.

Yet despite his stature as a true model citizen, Kym says Kaden "doesn't get the benefit of the doubt like my white son does. He has been questioned in stores, walking in his own neighborhood, pulled over multiple times." In her words, people look at her son and don't see the fine young man that coaches youth sports, loves "Jeopardy!", and never leaves the house without hugging her.

"Often what they see is a big, strong, black guy. They see a threat. A thug," she lamented.

Kym hopes her words can help people rethink implicit biases that lead to inequities across the country, and also challenged others to do more than just "not being racist."

"Stand up for what is right and just," she declared. "Challenge unconscious bias, stereotypes and fear based hate. Listen out for and correct micro inequities. When you see a black or brown person remember they are someone's baby .... And quite possibly MY baby boy."

3News' Tiffany Tarpley spoke with Kym, Brett and Kaden, who identifies as biracial.

"My brother and my mom, no matter how much I love them, no matter how close we are, no matter how well we know each other, they could never understand what my life is like being a black male in America and that's hard for me," explains Kaden.

He described the moment he realized he and his family were different.  A student approached him on his first day of preschool.  "He said 'well, who's your mom? I proudly pointed to my mom, so happy, and he said 'well, she's white and you're brown,' and I remember being so caught off guard by that because up until that point, our home, [our] family was who you loved."

Brett, who lives overseas in Abu Dhabi, says recent events in America have been concerning.  "Especially being over here and seeing it second-hand through videos and media and everything, it's just concerning, I picture him [Kaden] in some of these videos."

RELATED: We can't raise kids in a make-believe world: Expert advice on talking to children about racism