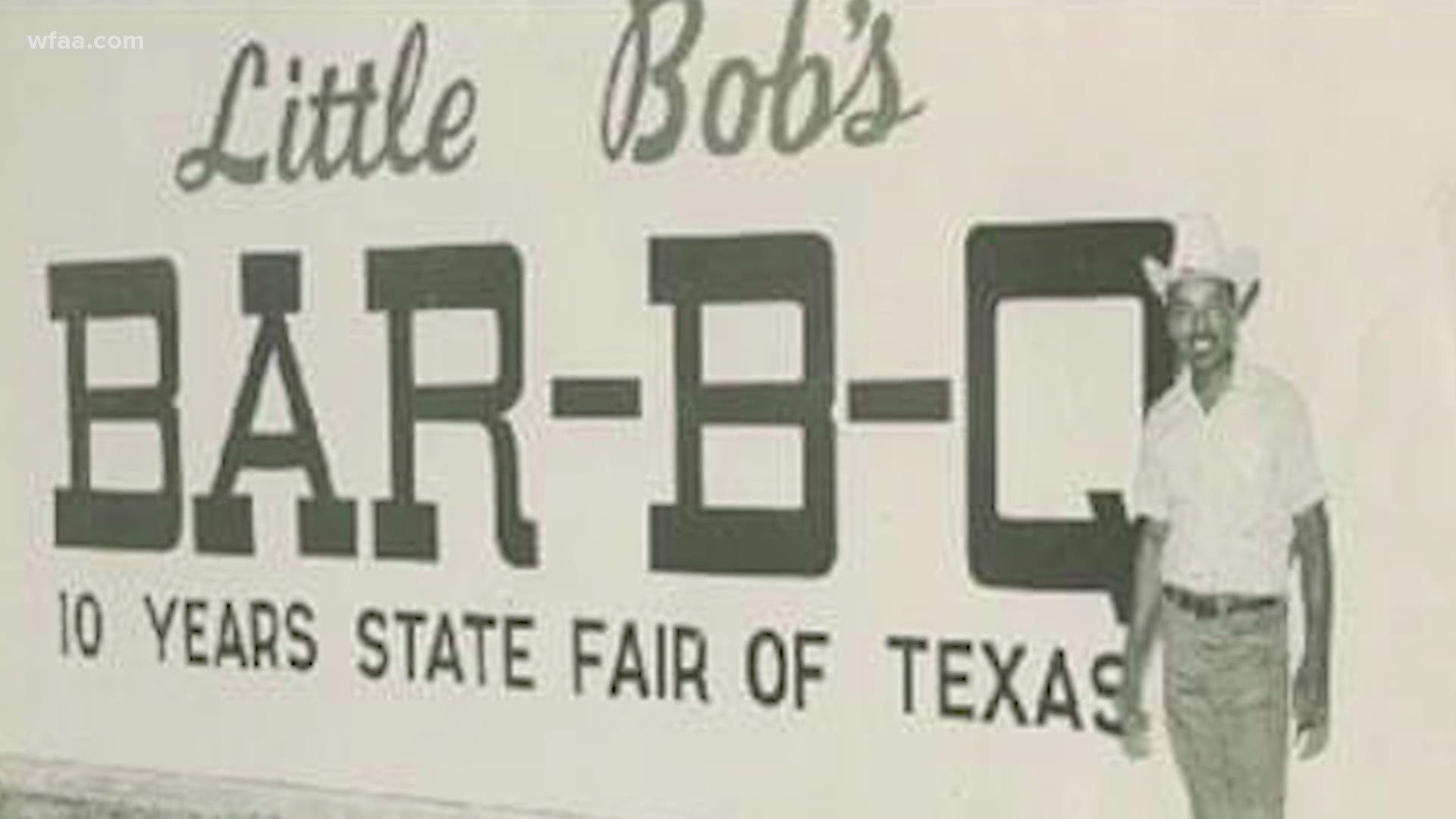 "It’s encoded in my mind seeing my dad get up and work hard every day," Nash added. "Have a focus, have a goal, and knock them out the way.”

Those values are what Nash remembers most about the man he shares a name with.

"I saw my father being consistently persistent, pushing forward," he said.

His dad was on a journey some 56 years ago to become the first Black food vendor at the State Fair of Texas.

"He stuck with it. I want to say this also, my father tried three times."

That persistence Nash mentioned would pay off, captured here in this archived news story from the WFAA team back in 1974.

In 1964, more than 78 years after the first State Fair of Texas was held, Huey Nash Sr. made history.

"We get a nice stick of beef bologna, put it on a pit, and smoke it with a nice hickory wood," Nash said discussing one of his family staples at the restaurant. "Put it between two slices of bread, marinating sauce and it’s simple.”

That sandwich was a hit at Little Bob's Bar B-Q and community members continued to enjoy it for more than 40 years at the family's restaurant.

"So my thing is he kept hold of his vision, he was was not deterred," Nash Jr. mentioned of his late father's dream to become a food vendor. "He made the sacrifice, he got up and he got it done.”

While the family's restaurant closed in 2013, they are looking into franchising "Little Bob's Bar B-Q."